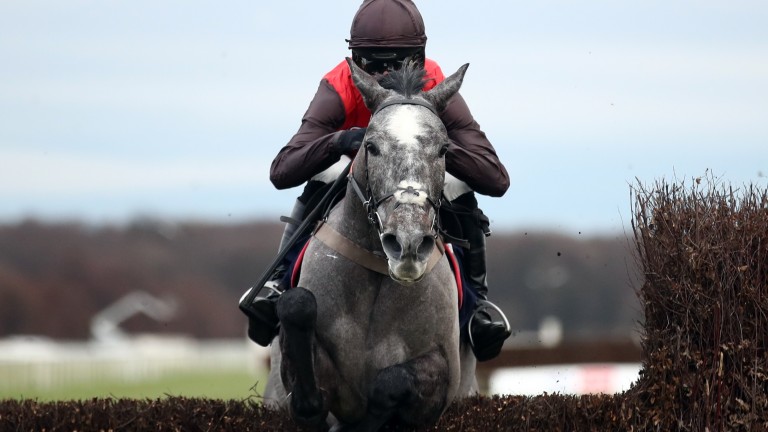 Stratagem produced an eyecatching performance in the beginners' chase at Doncaster on Monday, but the victory was tinged with sadness for owner and regular rider David Maxwell, in mourning following the loss of his longtime driver Mohammed Sidat, who died of Covid-19 last week.

The amateur jockey is on the verge of returning to action after breaking bones in his neck at Wetherby in October, so Harry Cobden was aboard the impressive grey, who was maintaining the fine run of trainer Paul Nicholls.

Maxwell, however, was quick to remember Sidat and paid tribute by saying: "He worked for me for three years and all the lads on course knew him.

"I've lost count of the number of times he'd scraped me up off the floor of a hospital A&E department after a fall, including after Wetherby that day. It's a huge blow and he'll be much missed.

"It was an enormous tragedy as he was a lovely, lovely man. It brings it home to you that it's not just numbers on the news at night – it's real people. He was 59 with no health conditions, so it was a real tragedy."

Maxwell, a property developer by day, was injured when unseated from the Philip Hobbs-trained Zizaneur in a handicap chase at Wetherby, but hopes to make his comeback in the hunter chase at Ludlow next week.

How's that for scope from the winner of the @SkyBet
Beginners' Chase, Stratagem? https://t.co/OLjtTEHHFM

"I've been in London today doing medical assessments with the BHA and I've one more tomorrow and then I should be back," he added.

"I tried to use Stratagem as an excuse to come back earlier, but they said three months, which is pretty much spot on as I did it on October 14. The ligaments in the neck just take time, particularly when you're 42."

The five-year-old Stratagem produced some spectacular leaps, which left the watching-on rider purring.

"I've been keeping myself trim to jock Cobden off, although next time the horse is going to have the handicap of not having Harry on," said Maxwell, Britain's champion amateur for the past two seasons.

"He's pretty smart, but he's a big horse so maybe he'll need a bit of time as well. I'm a bit terrified of him to be honest – did you see the way he was standing off those fences? Nice young horses like him, who could be anything, are what it's all about.

"I texted Paul and I think he was quite excited too, but I said there's a nice novice hunter chase at Catterick in March we should be able to win!"

Long Run: the electrifying star in a golden age of chasing