An ancient race, a white-knuckle ride and the pinnacle of the Flat

Tom Kerr set the scene for the world's greatest Classic 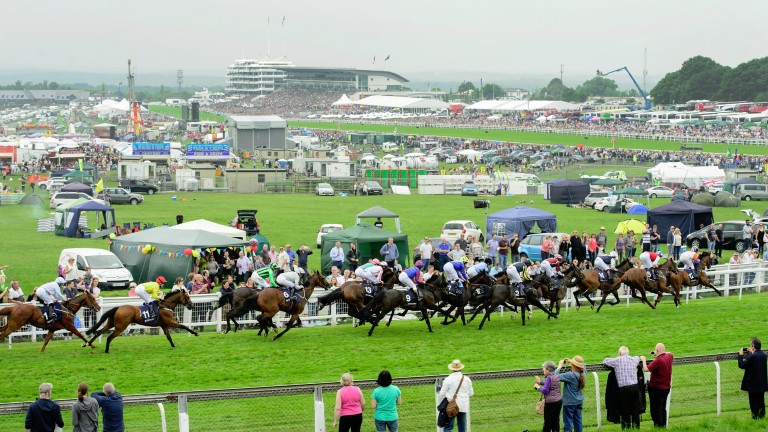 For almost two and a half centuries the ambition of almost everyone involved in horses has been to arrive at Epsom in early summer with a three-year-old colt capable of winning the Derby: an ancient race that is the cradle from which modern Flat racing was born.

Generations of breeders have dreamed of the bluebloods who could win on the Downs, nurturing those ambitions from the hay-floored stables where foals take their first faltering steps through the cacophonous sales rings in which yearlings parade before wealthy buyers and, at long last, to the green grass of Epsom, where the best three-year-olds of their generation gather to do battle.

On Saturday just one of those three-year-olds will be added to the sport's most prestigious roll of honour. To become that champion he (or, unusually, she) will have to overcome not just their 18 rivals but the idiosyncratic Epsom track.

This is the racecourse MC Escher would have designed: a sweeping, diving, curving track that brutally exposes a thoroughbred's shortcomings and inexperience. From the gates, when they clang open at 4.30pm, the field must first gallop hard for half a mile up a punishing incline, the track rising 150 feet (45 metres), roughly equivalent to a 12-storey building.

All the while the field – 18 this year – are jostling for prime position before the white-knuckle ride that is Tattenham Corner.

At this famous point the ground drops away, sending the runners fleeing downhill on the turn, testing the thoroughbred's balance and confidence to breaking point, before the combatants sweep into the straight and the riders get their first glimpse of the distant winning post and the glory it represents.

At this point, with three and half furlongs and 40 seconds to go, most of the field, illustrious though their breeding might be, will already be undone, their chances gone like the bubbles from flat champagne. Yet now a handful will be in full flight and running like the wind for home.

Now new challenges present themselves: a pronounced camber which can send runners pinballing into each other, the earth-shaking roar of 100,000 spectators, and, at last, an uphill run to the finish in which the last horses standing must draw on dwindling reserves of stamina to get home.

Not for nothing has this race been the pinnacle of Flat racing for 238 years.

The question on everyone's lips is the same as it has been for each of those 238 years: 'Who do you like?' There have been easier years in which to answer that question. This Derby is wide open, without even a clear favourite heading into the big day.

At the top of the market is a battle between the Flat's two most revered jockeys, Frankie Dettori and Ryan Moore, a study in opposites off the track but united on it by their ferocious will to win.

Both men have two Derby wins to their name and mount the main hopes for their respective employers: Dettori on Cracksman for John Gosden, Moore on Cliffs Of Moher for Aidan O'Brien.

If neither of those horses means much to the man on the street, the father of not just Cracksman but another leading hope, Eminent, surely will.

For they are sons of Frankel, one of hundreds of foals bred from the champion racehorse for the princely sum of £125,000 a liaison. Yet Frankel, for all his famous exploits, never undertook the challenge of the Derby – a reminder of just how daunting this race can be.

The world awaits. All we need now is a winner worthy of this epic race.

FIRST PUBLISHED 4:42PM, JUN 2 2017
With three and half furlongs and 40 seconds to go, most of the field, illustrious though their breeding might be, will already be undone