Breeders' Cup WHAT THE BUTLER SAW . . . AT DEL MAR 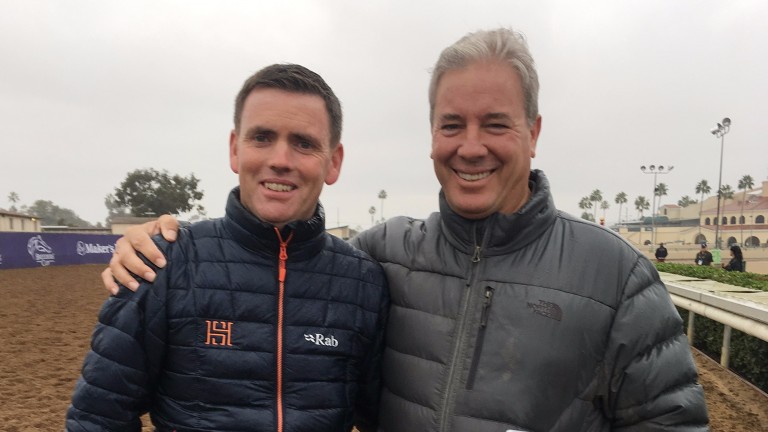 Sir Mark Prescott will saddle his first runner at the Breeders' Cup when Marsha contests the Turf Sprint at Del Mar on Saturday. Here in the third of daily instalments, his assistant William Butler provides an update on preparations.

After morning training yesterday I played 18 holes of golf in the afternoon, went to a cocktail party in the evening and early to bed. This international racing is really hard work!

It was just what the doctor ordered and my body clock is reset now.

Marsha was fine after her morning exercise yesterday evening. She is starting to be fresh when she is led out, which is encouraging. We got a local farrier to check her just in case there was something he could recommend to help on the surface here but he was happy we were doing everything right. 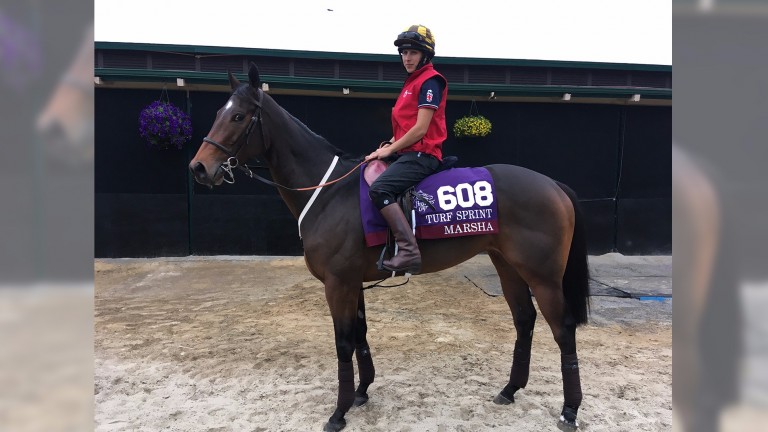 Marsh: getting fresher each day

I walked the track yesterday afternoon. It's a very sharp turf track; roughly two furlongs from the stalls to the bend, one and a half furlongs round the sharp bend and a furlong and a half in the straight. The American judges tell me it can suit closers but I'll believe that when I see it.

The turf is very different to British tracks in that the grass is very long and spongy with much more cushion than I would have expected, and then firm turf underneath.

Luke Morris arrived last night. He also rides Corinthia Knight for Archie Watson and I'm pleased he'll be getting exposure on the world stage, which he deserves for all the hard work he puts in.

Marsha had a canter round this morning with Luke on the dirt and that went just as we wanted. To many observers she has done a lot less than the other Europeans but that was always the plan. We just want to freshen her up and make her explosive for the day.

The Americans are all keenly awaiting Sir Mark's arrival. Nobody believes me when I tell them he'll be cigar less.

FIRST PUBLISHED 6:51PM, NOV 1 2017
We just want to freshen her up and make her explosive for the day