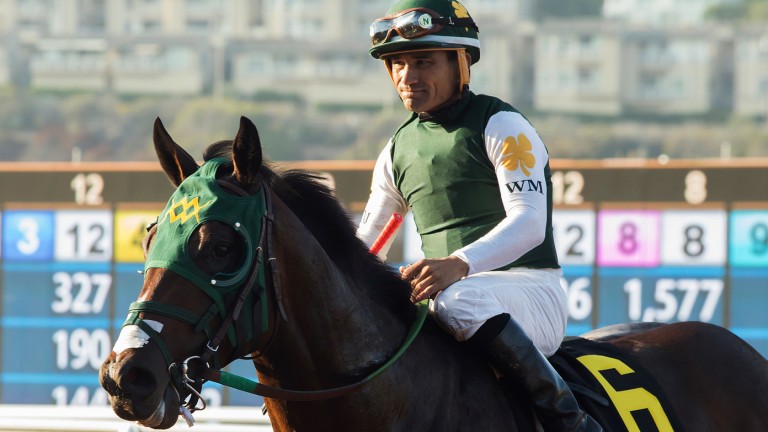 Veteran jockey Corey Nakatani, a winner of 3,909 races and more than $234 million in earnings, announced his retirement on Saturday.

Badly injured in a spill in the final race at Del Mar on August 4, 2018, the rider sought to return to competition, but the injuries ultimately led him to conclude his riding career.

The Del Mar spill – which occurred after his mount, Irish Spring, clipped heels and dislodged Nakatani after the horse was impeded by a rival – resulted in Nakatani suffering compression fractures of the T9 and T10 vertebrae, herniated discs in the C5, C6, and C7 vertebrae, and spinal cord compression.

"Although I never imagined this was how my career would end, I am very proud of my accomplishments and know that I competed at the very highest of levels, which gives me a sense of satisfaction," he said in a release, distributed by his son and agent, Matt Nakatani. 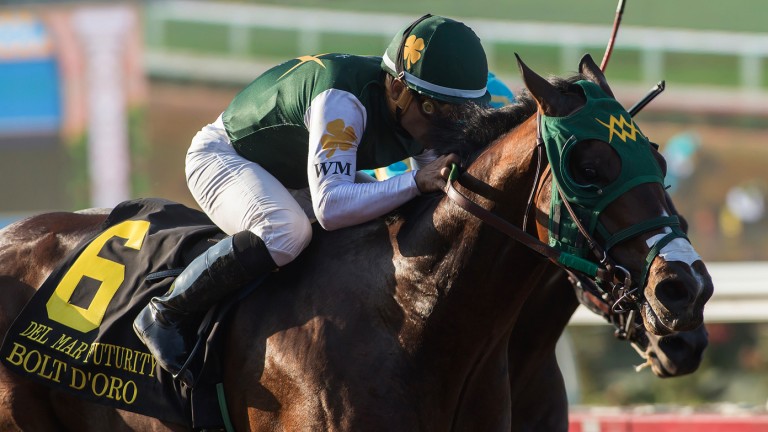 A 49-year-old native of Covina in California, Nakatani was a champion high school wrestler who became interested in racing as a teenager. He had been a fixture on the Southern California racing circuit since 1989 where he quickly advanced through the ranks, winning ten riding titles.

Though most of his success came in California, he also won major races on other circuits, including the Kentucky Oaks twice and the Dubai Golden Shaheen. 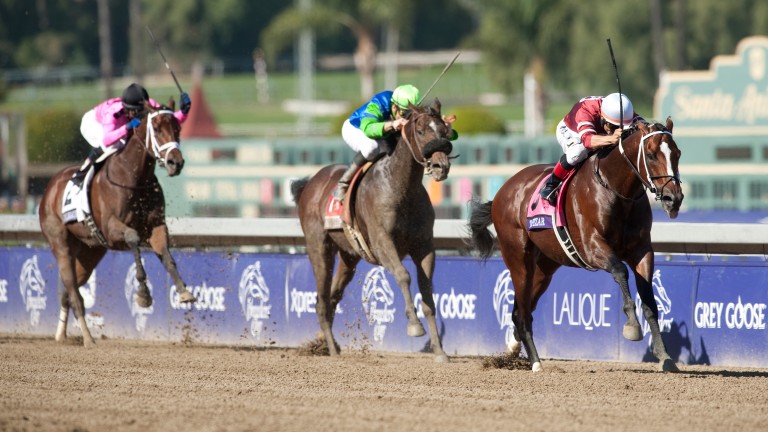 A win in a Triple Crown race eluded him. He finished with an 0-18 record in the Kentucky Derby, his best finish was a second aboard Nehro in 2011.

Among his many top mounts were Lava Man, Sandpit, My Miss Aurelia, Serena's Song, Lite Light, and Shared Belief.

"I want to extend profound thanks to the many I worked with over the years, all of the owners, trainers, and so many other people that all helped me along in my tremendous career," he said. "I also want to thank the fans. My fans were truly the best, and I continue to hear and receive support, even now."

Nakatani is one of the more celebrated riders to not be in the National Museum of Racing and Hall of Fame, possibly hindered by occasionally hot-headed behaviour. In 1997, he pushed apprentice Ryan Barber off his mount during the gallop-out following a race.

Nakatani is the 12th-leading rider of all time based on purse earnings. Every rider ahead of him is in the Hall of Fame, and several behind him – Garrett Gomez, Russell Baze, and Victor Espinoza – are in the Hall as well.

FIRST PUBLISHED 11:33AM, NOV 24 2019
Although I never imagined this was how my career would end, I am very proud of my accomplishments