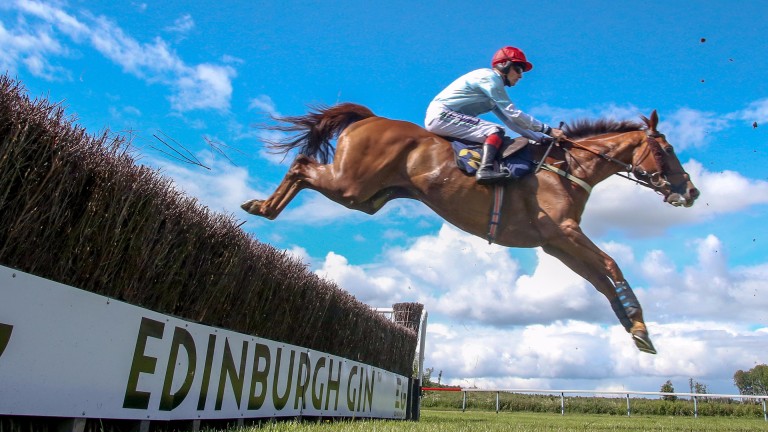 Sam Twiston-Davies is heading to the United States on Thursday to ride classy chaser Vosne Romanee, who begins the first leg of an ambitious three-race programme in the Grade 1 AP Smithwick Memorial at Saratoga.

The eight-year-old finished seven and a half lengths behind Altior at Sandown in the Grade 1 Celebration Chase in April and has been in America since May in the care of trainer Jack Fisher.

Among the leading trainers over jumps in the United States, Fisher has taken responsibility for the 151-rated chaser during his American adventure, however, Foxtrot Racing's Vosnee Romanee will be returning to the care of Richard Newland when he returns to Britain.

Grand National-winning trainer Newland, who has never sent a horse to the United States before, said on Tuesday: "It's the first time he's been over and we decided to commit to it fully. The initial plan is to run in two or three races, depending on how he's getting on.

Richard Newland: 'he'll come back to me once his stint over there is complete'
Martin Lynch (racingpost.com/photos)

"If all goes well on Thursday then he'll stay out for the Turf Writers at Saratoga on August 22 and the Lonesome Glory at Belmont on September 19.

"He's been over there for six weeks now, Jack Fisher is training him over there and has been very happy with him. We're all really looking forward to seeing him run."

He added: "We have not just sent him out for a couple of days to then fly him back - he's gone over for the summer. While he's there Jack will be doing the training, he's in control and therefore it's more appropriate that he runs in Jack's name.

"However, he's not left me as it were and he'll come back to me once his stint over there is complete."

Vosne Romanee was purchased by the Foxtrot Racing in 2014 for £10,000 and several members of the 20-strong syndicate are travelling to America for Thursday's Grade 1.

Newland added: "He's schooled plenty of times over the American fences and we hope he can be very competitive. It’s a new experience for us all, and may or may not work out, but we’re giving it a good go."

FIRST PUBLISHED 12:45PM, JUL 23 2019
He's been over there for six weeks now, Jack Fisher is training him over there and has been very happy with him