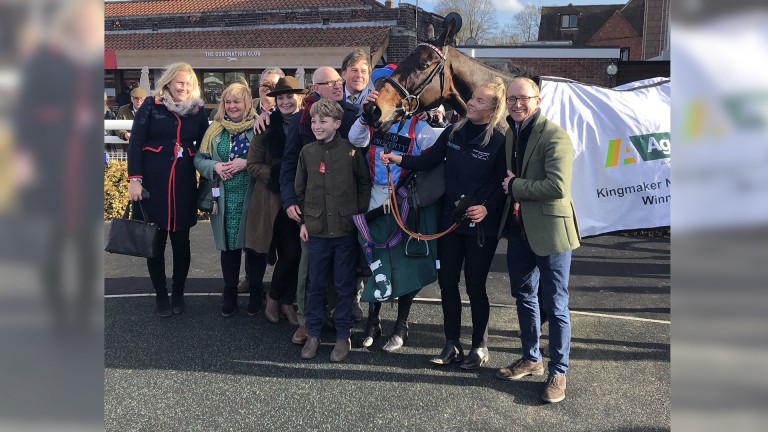 Connections with Rouge Vif in the winner's enclosure after his Kingmaker success
1 of 1
By Jack Haynes UPDATED 7:03PM, FEB 8 2020

Rouge Vif made it three consecutive Saturdays to savour for the Brooks family as the two-mile chaser strengthened his claims for the Racing Post Arkle with a bold display in the Agetur UK Kingmaker Novices' Chase.

Two weeks on from Simply The Betts striking at Cheltenham and seven days after Itchy Feet provided the owners with a first top-level success, Rouge Vif followed in the footsteps of Saint Calvados by landing the Group 2 event for connections.

An easy seven-length success over hot favourite Nube Negra ensured Betfair Sportsbook and Paddy Power shortened Rouge Vif to 20-1 (from 33) for the Arkle after joining subsequent Gold Cup hero Long Run and Champion Chase winner Finian’s Rainbow on the honour roll, as well as Voy Por Ustedes – the last horse to complete the Kingmaker and Arkle double in 2006.

Andrew Brooks, part-owner with his wife Kate, said: “In racing there are highs and lows and we know our good run is not going to last forever, so we’ll definitely enjoy it while it’s here.

“It means everything to go to the festival with these top novice prospects. It’s fantastic to have Saturday winners and we’re all trying to get to Cheltenham with these horses, so to run him in the Arkle will be incredible. He jumps great and probably has a good chance."

Trainer Harry Whittington was on cloud nine after watching his top novice, who he rides out every day, produce a peak performance in the £40,000 event.

After giving Rouge Vif an affectionate pat on returning to the winner’s enclosure, he said: “He’s a proper horse and I love him to bits. He’s a great character and would run through a brick wall for you. 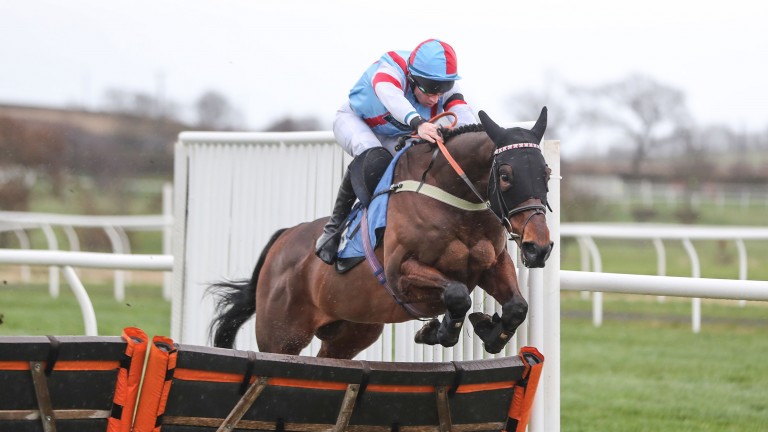 “I was really confident coming into this as the form of his Kempton run is so solid. He’s an excellent jumper – such a natural – and he’s so quick. The better the ground, the better he is. He was very good today.

“I always feel he gets a little underestimated and he’s a massive price for the Arkle. We’ve always felt he’s an Arkle horse and he’s tough as nails.

“Andrew and Kate put so much into the game. They're great supporters of ours and deserve all the success they are having.”

FIRST PUBLISHED 6:07PM, FEB 8 2020
To run him in the Arkle will be incredible. He jumps great and probably has a good chance