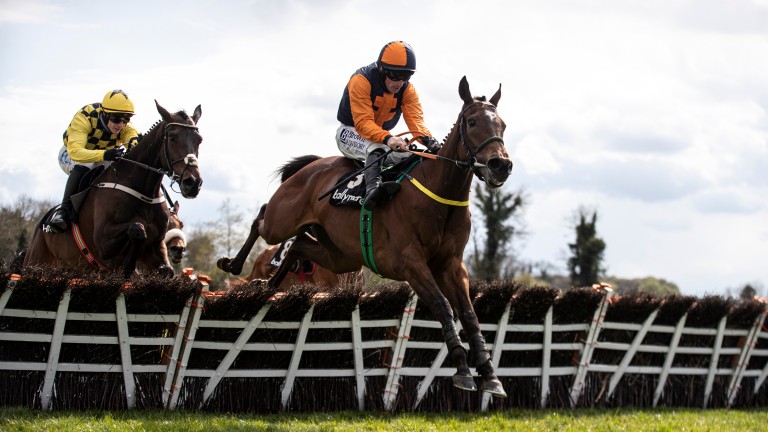 Jeff Kidder clears the last on the way to top-level success under Sean Flanagan
Patrick McCann (racingpost.com/photos)
1 of 1
By Mark Boylan UPDATED 6:48PM, MAY 1 2021

Not everyone paid attention to the warning shots fired at Cheltenham and Fairyhouse, but Jeff Kidder – named after a famous lawman in the closing days of the American Old West – saved his deadliest ambush for the final Grade 1 of the season, sinking Ireland's finest juveniles for Noel Meade and Sean Flanagan.

An 80-1 winner of the Boodles Juvenile Handicap Hurdle before following up in Grade 2 company over Easter, the 67-rated Flat performer took his form to a whole new level when causing another upset at 22-1, fending off the late challenge of beaten Triumph favourite Zanahiyr.

There was no hiding place in this Ballymore-backed prize, possibly finding out 11-8 market leader Quilixios, who was beaten 30 lengths in seventh.

There was some scrimmaging at the top of the home straight and Zanahiyr ended up being the meat in a Zoffanien-Jeff Kidder sandwich for a few strides, with the last-named surging to the lead prior to the last.

Triumph third Haut En Couleurs, who traded as low as 1.5 in-running, was overhauled at that point and ended up being passed for second by a strong-finishing Zanahiyr. 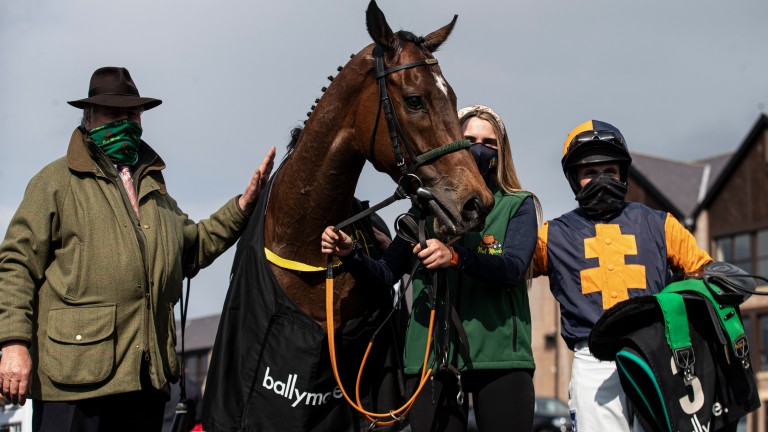 "Fortune favours the brave," said Meade. "I did say at Fairyhouse that if he ever jumps them all he'll be a real good horse – he jumped brilliantly today.

"He's just never stopped improving and since he came back from Cheltenham he's like a film star in the yard – everyone wants to see him.

"The girls take him off to the beach for a dip and he's just become a star at home. I think he's liking every minute of it and improving all the time."

Flanagan, who finished an admirable third in the 2020-21 jockeys' title, was teaming up with Meade for the pair's first top-level success since Road To Respect's 2019 Ladbrokes Champion Chase win. 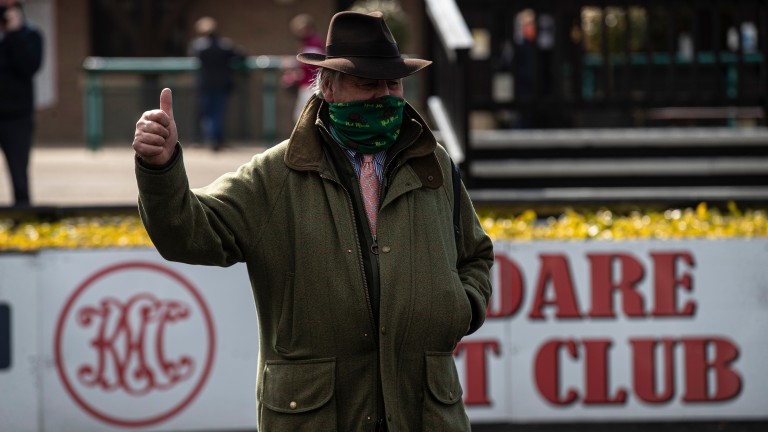 "He's an amazing little horse," said the winning rider. "The amount of improvement he's found since winning his maiden is unreal.

"He winged his hurdles and was properly fluent. He was very long at the last and I just kept the boot down, hoping for the best. He duly delivered."

A spin on the Flat off his attractive mark is next for the Albert Dravins and Eamonn Scanlon-owned star, but not before a well deserved break.

Tougher tasks lie ahead at hurdling's top table next season, but the admirable juvenile has made a habit of causing surprises this term.

Gamble landed: Full Noise backed from double-figure prices before 8-11 success Dame De Compagnie bids to sign off in style for Henderson before summer break Ascot and Galway could beckon for Arcadian Sunrise after impressive success Eddie and Patrick Harty to create history as Ireland's first joint-trainers