Amazing Altior's return is exactly what the jumps season needs 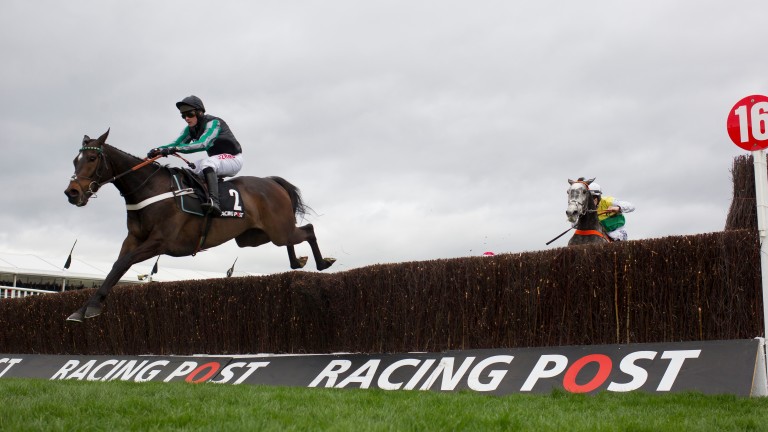 A super Saturday requires a superstar and in Altior it does not just have one – it has THE one.

Unbeaten over obstacles. A two-time Cheltenham Festival winner. He is exactly what this winter has been in need of.

It has been a testing season so far for jumps fans. Faugheen, Thistlecrack and Sizing John have enticed but not dazzled, Might Bite is perhaps less mercurial but still not truly trusted, Douvan has not yet been seen, Buveur D'Air has not yet been tested and Bristol De Mai has done his utmost to prove the season's standout performance was too good to be true.

Last weekend's Dublin Racing Festival provided ample tonic and a week on we have one of the most wondrously talented horses in training finally back on the track after the wind op that ruled him out of the Tingle Creek at the beginning of December.

It was looking like Altior might be going straight to the festival, but trainer Nicky Henderson has got him back in time for a prep – and conceded he would be at his most vulnerable in the Betfair Exchange Chase – better known as the Game Spirit Chase.

In part because this is his first run for 287 days and the journey back has been far from plain sailing. But also because, while he faces just two rivals, one of them is riding the crest of a wave.

While Politologue ended last season falling at the final fence when in the lead in a Grade 1 at the Grand National meeting, everything that could have gone right for him this season has. He won the Haldon Gold Cup on his first start, then he joined the ranks of Grade 1 winners in gutsy fashion in the Tingle Creek that Altior missed. The last time we saw him he ran away with the Desert Orchid Chase by 13 lengths.

We've seen two-mile chasers do this before. Sire De Grugy and Dodging Bullets spring to mind. Excellent horses both, and for one season when everything seemed to just fall right they were next to unbeatable. Not exactly what you would choose to come up against when at your most vulnerable.

Newbury's other Grade 2, the chase named in honour of Denman, features a horse who this time last year was riding high when adding victory in this to his Hennessy and Welsh Grand National wins before going into the Gold Cup as a major threat. Yet, like Altior, this is his first run of the season.

In the case of Native River that has been by design, with trainer Colin Tizzard keen to give him an easy time of it after picking up an injury following a tough Gold Cup. This was always the plan, with his entire season revolving around Cheltenham and Aintree in the spring.

The two horses who finished in front of him in last year's Gold Cup have harmed their claims on form in his absence, and on Saturday he faces Saphir Du Rheu, fifth in that Gold Cup and off the track since picking up an injury in the Grand National, and Cloudy Dream, who chased home a certain Altior in last year's Racing Post Arkle.

Cloudy Dream has finished second on seven of his last eight starts, all against talented opposition, and he runs here as connections give three miles one more try in the hope he stays. If he does it would be an emotional victory for Ruth Jefferson, who will lay her father to rest next Friday.

It is a Newbury card not short of potentially powerful stories, with Lalor running in the Betfair Hurdle with memories very fresh of his late trainer Richard Woollacott, who died last month aged just 40, while in the same race Ned Curtis, whose father, trainer Roger, also died last month, partners Charli Parcs.

The 24 who go to post are responsible for 23 wins between them this season, making this £155,000 handicap arguably the most competitive of the jumps season so far.

Irish Roe has been backed into favouritism this week, but in the last ten years mares and fillies are five from 94 in open handicaps in Britain worth more than £30,000 to the winner, and three of those wins have come in the Fred Winter. Swing Bowler, third in 2013, has fared best of those to try for the Betfair Hurdle but, given Warwick hosts a £25,000 Listed contest for fillies and mares, albeit over five furlongs further, it is significant connections of Irish Roe and Kayf Grace choose to race here.

The highlight at Warwick is the Kingmaker, a Grade 2 two-mile novice chase won not so long ago by Long Run and last year by subsequent Aintree hero Flying Angel.

Harry Whittington's stable star Saint Calvados and the underrated Dan Skelton-trained North Hill Harvey face off, but whatever happens at Warwick, 20 minutes later racing fans across the country will be transfixed by just how the crown sits on Altior's head.

Members’ Club Ultimate subscribers can access the Big Read with Sir Anthony McCoy exclusively online the night before publication in the paper. Not a member? Enjoy your first month free when you subscribe using promo code FREETRIAL. Find out more here 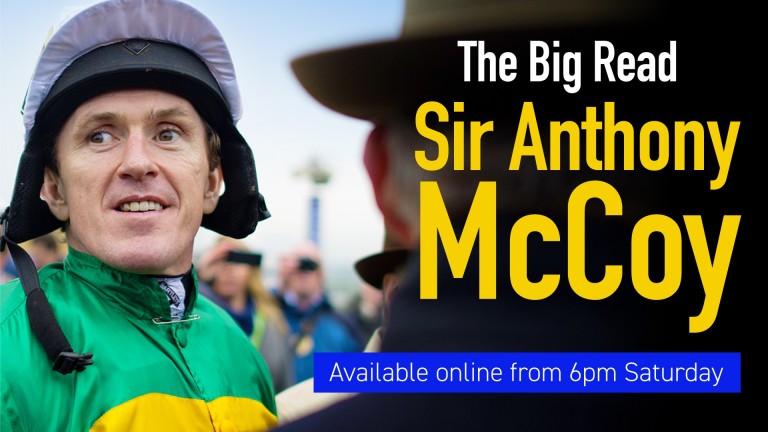 FIRST PUBLISHED 6:00PM, FEB 9 2018
Last weekend's Dublin Racing Festival provided ample tonic and now we have one of the most wondrously talented horses in training back on track