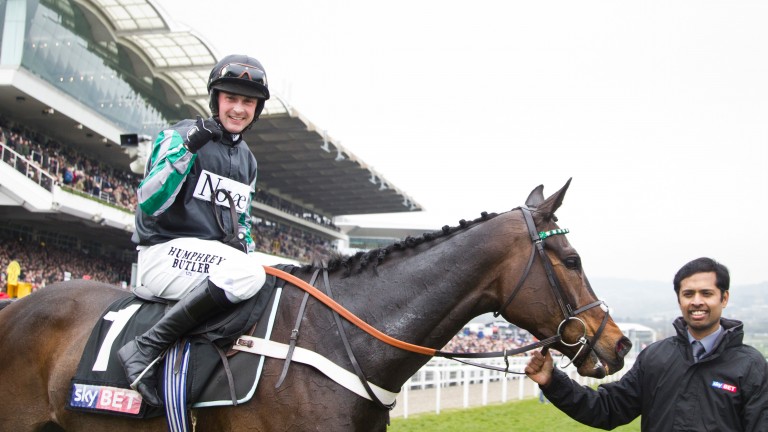 Nico de Boinville will be aboard Altior for the first time in public since last season's Cheltenham Festival
Patrick McCann
1 of 1
By Scott Burton 11:35AM, FEB 11 2017

The combination of talents on display in this small-field clash provides some fascinating contrasts, with crack novice Altior facing by far his most arduous task over fences to date against the improving Fox Norton and the talented but fragile Traffic Fluide, who returns from a 13-month layoff.

And, while 2015 Champion Chase winner Dodging Bullets has looked a diminished force in the two-mile division since overcoming his own injury problems, success here would only rank as a relatively minor shock.

Rated a best-priced 1-2 chance for next month's Racing Post Arkle Trophy, Altior is reunited with Nico de Boinville, whose ten weeks out with a broken arm coincided with all three of last season's Supreme Novice hero's starts over fences.

Nicky Henderson is hoping that raising Altior's sights against open company will provide a more searching test of his jumping than he has so far encountered in three victories achieved by a combined 87 lengths.

"The timing is right and we've used this race before," said Henderson. "With older horses he needs to get more experience because he's been going round on his own. It's a braver way to do it but it's his last chance to do it before Cheltenham.

"We've always said he wants better ground but I spoke to [Newbury clerk of the course] Richard Osgood and the chase course is a little bit on the better side." 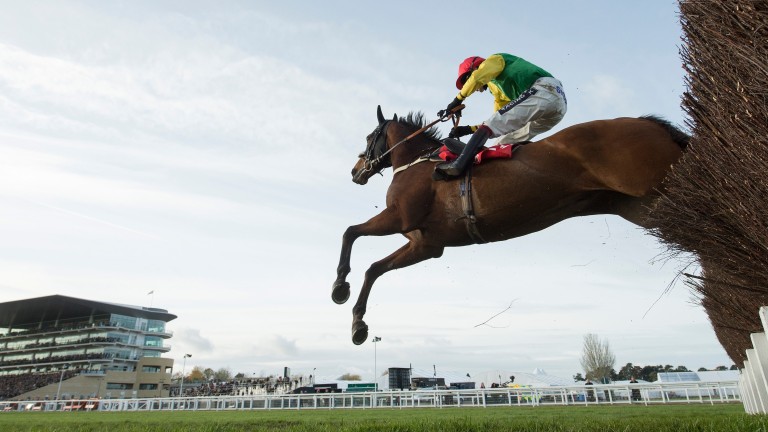 Fox Norton's clearcut success in the Shloer Chase at Cheltenham in November resulted in promotion to the upper echelons of the betting for the Betway Queen Mother Champion Chase and supporters will hope he can cement his position as the leading domestic rival to Douvan.

"We've only run him once and that was just a fortnight after he came to us from Neil Mulholland," said Tizzard of Fox Norton's win in the Shloer. "He was very good that day but he cut his leg and had a month of doing very little. He's now had a busy six weeks, going out twice a day for the first three weeks, in order to catch up."

Fox Norton carries the full 10lb penalty for that Cheltenham win, while Altior's Graded victories at Sandown and Kempton in novice company add only 5lb to his saddlecloth.

"He's a lovely flamboyant horse and I'm sure he'll do himself justice, but he has it all to do against Altior," said Tizzard. "We don't mind that, though, as if we're going for the Champion Chase he needs to show he's that good."

Dodging Bullets faced the same conditions in relation to novice Top Gamble 12 months ago and, off the back of a slightly rushed preparation, found the task too much.

Following an unsuccessful experiment at stepping up in trip, the nine-year-old was no match for Un De Sceaux at Cheltenham last month.

Nicholls said: "Dodging Bullets is not quite what he was but he could pick up some place money. He's in good shape."

Arguably the most concrete piece of form among the intended runners belongs to Traffic Fluide, who ran Un De Sceaux to five lengths at Ascot last January on what was his seasonal debut but who was unable to build on that owing to injury.

"He's as fit as I can get him at home although I’m not saying I wouldn't have been happier with another week or ten days," said Gary Moore, who admitted to walking on eggshells with the lightly raced seven-year-old.

"I've done as much as I can because you're always looking at going slightly easy and looking after him. We hadn’t schooled him until this week because we were so nervous but when we did, he was a different horse.

"Like a lot of French horses he loves to jump. Hopefully that will spark him into life and he'll give a good account of himself."

Gino Trail also appears among the declarations but Kerry Lee will be heading for the Betway Kingmaker Novices' Chase assuming the weather at Warwick doesn't take a turn for the worse.

FIRST PUBLISHED 6:00PM, FEB 10 2017
We hadn’t schooled him until this week because we were so nervous but when we did, he was a different horse, which was nice to see