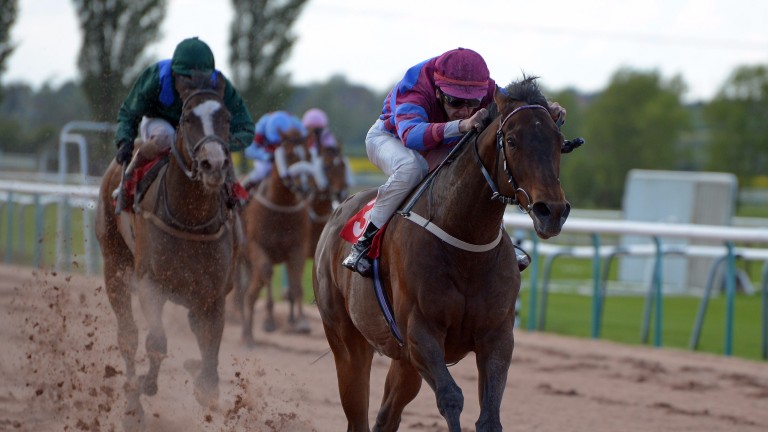 Having started out in the Niarchos silks with Sir Henry Cecil, Alpha Tauri has run 60 of his 99 races at Southwell, the venue for all ten of his wins and the scene of his landmark 100th start on Thursday.

Trainer Charles Smith – responsible for another Southwell specialist in General Tufto – has claimed Alpha Tauri on no fewer than three separate occasions.

“We’ve always loved the horse but sometimes you have to run them in that sort of grade and risk losing them,” said Smith. “But we’ve always been pleased to get him back and I don't think he will be going anywhere else now.”

Alpha Tauri approaches the century in a rare vein of form, having won by ten lengths over course and distance on his most recent start.

Smith continued: “That was his tenth win last week and he seems in the form of his life. We’re quite lucky where we are here as we can do something different with these old horses every day. We can pop them over bits of hedge and log and hack them all over the farm, which doesn’t half keep them sweet. With him especially that’s half the key, and he’s loving life.”

Alpha Tauri is set to carry a 6lb penalty in the mile sunbets.co.uk Handicap at 4.05, but Smith is far from convinced that will stop him.

"The odd thing is I never thought he’d get a mile, at least not like that,” he said. “Joey Haynes rode him over seven and suggested it and then he went and bolted up by ten lengths. He’s gone up 10lb but the horse looks a picture this morning.

“He’s going as well as last week so I wouldn’t be surprised to see him go in. I’m in the very lucky position whereby owner John Theaker loves to go racing and it’s not all about winning.”

FIRST PUBLISHED 6:00PM, FEB 1 2017
We’ve always been pleased to get him back and I don't think he will be going anywhere else now