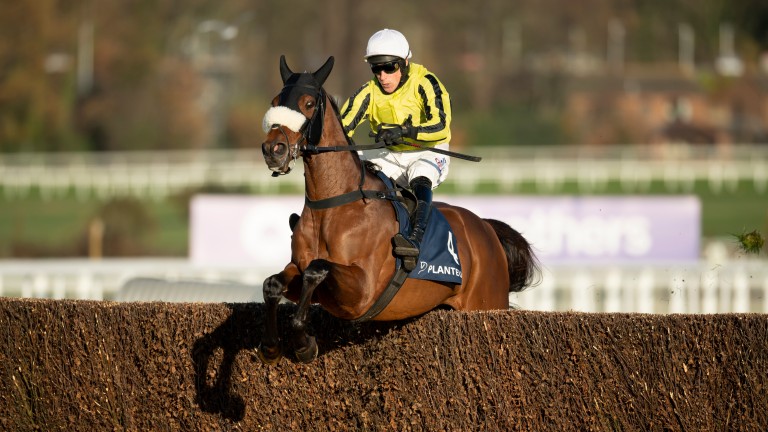 Plenty of horses in jumping yards have not seen a racecourse by the time they turn five. Allmankind has already won Grade 1s over hurdles and fences after a blistering win in the Henry VIII Novices' Chase.

The first time he schooled Allmankind, Dan Skelton’s instant thought was he would stay over hurdles this season, such was his chaotic approach to fences. He is mightily glad to have persisted as he feels chasing has been the making of a horse who is now no bigger than 12-1 for the Arkle Trophy.

A few easy weeks and a flu jab are next on the agenda, before a final prep in the Kingmaker at Warwick, but Skelton revealed Cheltenham is not the be-all and end-all this season.

The trainer, whose brother Harry was on board, said: "It's taken time for him to learn to settle, but time, combined with going over fences, has been the making of him. I very nearly didn't run him over fences but Tim [Gredley, part-owner] was keen to and ever since he went to Warwick he's been a different horse – it was like lighting the torch paper.

"He's enjoyed it more and has accepted not every day has to be a hard day. To win at the top level you've got to be able to run your race correctly and Harry was able to settle him in a race. A lot of work has gone into that.

"We'll give him three easy weeks, give him his flu vaccination and aim at the Kingmaker Novices' Chase at Warwick in February then the Arkle. If we don't think the Arkle would be right for him, we could always go to Aintree. The Arkle is important and everyone knows it's the best two-mile novice chase this season, but it isn't the only one. If for some reason we don't think it's right, we won't go."

There was a sense in which a wrong was righted as Doing Fine did far more than that when winning the Betfair-backed London National.

A year ago members of the Neil Mulholland Racing Club were left exasperated after their horse finished first in the marathon only for the contest to be voided. 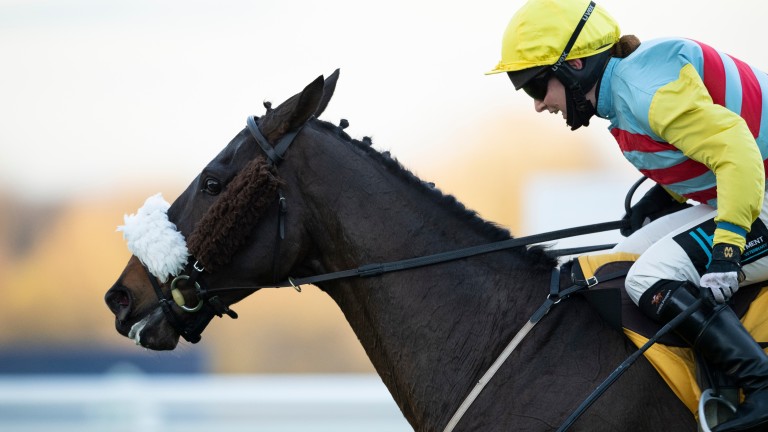 Justice was done this time as the 12-year-old battled gamely under Millie Wonnacott to see off Crosspark.

"That was a great result," said Mulholland. "It was good for the horse and I think it was good for racing. Everybody got behind him and seemed to know it was a deserved success."

Nicky Henderson was responsible for the main news story before racing started – and that remained the case following the opening two contests.

Having seen Paros finish only fourth at 4-7 in the juvenile hurdle, the champion trainer then watched 2-11 hotpot Grand Mogul get comprehensively turned over by the Gary Moore-trained newcomer Golden Boy Grey in the 2m novice hurdle.

"That was a bit of a surprise," said Moore. "He has beaten them for speed and showed a fairly rare turn of foot in the ground.

"I can't think he is a Tolworth horse - but I hope he is because the owner, Bob Arnold, is a lovely man and this is the most expensive horse he has bought."

Moore may well consider the Tolworth for Fifty Ball, who followed up his Ascot success for Goshen's owner Steven Packham with a wide-margin victory in the novice handicap hurdle. 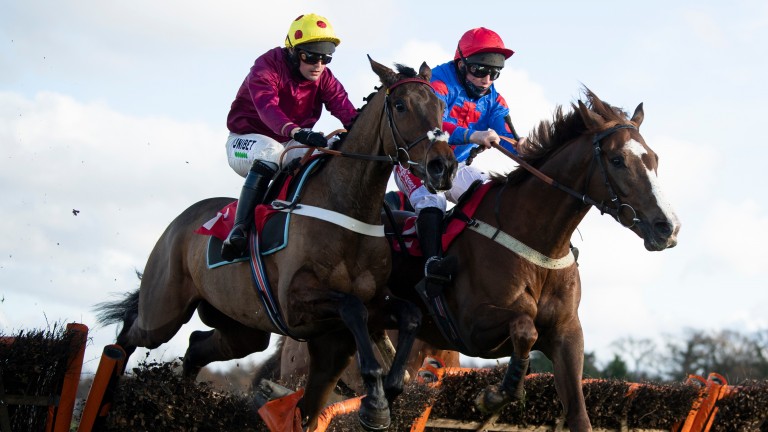 Eltam Valley could be bound for a Grade 1 target in the shape of the Coral Finale Juvenile Hurdle at Chepstow on December 27 after winning the three-year-old hurdle for trainer Fergal O'Brien.

Asked how good he might be, O'Brien said: "I wouldn't have a clue – but we knew he liked the ground and it was very testing, so we were hopeful.

"He really handles that ground so we could definitely look at Chepstow – I can't see him pitching up at the likes of Kempton on good ground."

FIRST PUBLISHED 6:00PM, DEC 5 2020
He's enjoyed it more and has accepted not every day has to be a hard day