All you need to know on Sunday as Ayr passes inspection 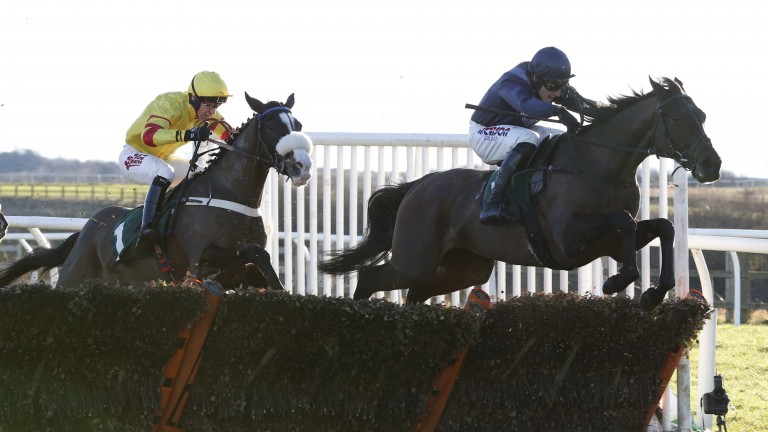 Solo Saxophone and Harry Skelton are out for a treble Pic Louise Pollard/Racingfotos.com
1 of 1
UPDATED 10:57AM, FEB 11 2018

You would be hard-pressed to find a stronger Sunday jumps card than last weekend when day two of the Dublin Racing Festival was supported by the action at Musselburgh.

But today's schedule is not half bad with decent racing from Exeter and Punchestown. The other meeting at Ayr passed an early-morning inspection, but the going is obviously heavy.

Exeter stages a Listed hurdle in which there is a Frankel runner, Solo Saxophone, bidding to keep up the super sire's unbeaten start with runners over jumps on his tenth birthday, and a veterans chase featuring fan favourite Pete The Feat.

The main event at Punchestown is the Grand National Trial and as it is worth €100,000, following a big boost in prize money this year, there are 20 runners.

Punchestown's Grand National Trial gets the Pricewise treatment and Tom Segal reckons the prize will go to one of Ireland's dominant trainers.

If you would like an opinion on the day as a whole the Postcast team offer some pointers.

Two familiar names took the big chases at Newbury on Saturday as Altior and Native River repeated their wins of last year.

But there were two new and young faces on the big race winners' rostrum in trainer Amy Murphy and jockey Jack Quinlan.

Quinlan's reaction to his biggest success, and for a jump jockey from Flat HQ Newmarket, makes for a good read.

Thom, Johnny, Brendan and Shane take a good look at the Grand National Trial in What's The Word.

There is another day of Premier League action with two televised matches.

James Milton previews the match between Southampton and Liverpool while Mark Langdon takes a look at the clash between Newcastle and Manchester United.

Huddersfield face Bournemouth too in the other scheduled game, which is the subject of the Football Postcast.

But if GAA is your sport then David Jennings has another recommendation.

After the problems that have beset the likes of Faugheen and Douvan this season it was reassuring to see at least one proven star is heading to the Cheltenham Festival in good heart with Altior's impressive comeback win at Newbury.