Sedgefield to inspect at 2pm for Tuesday's meeting 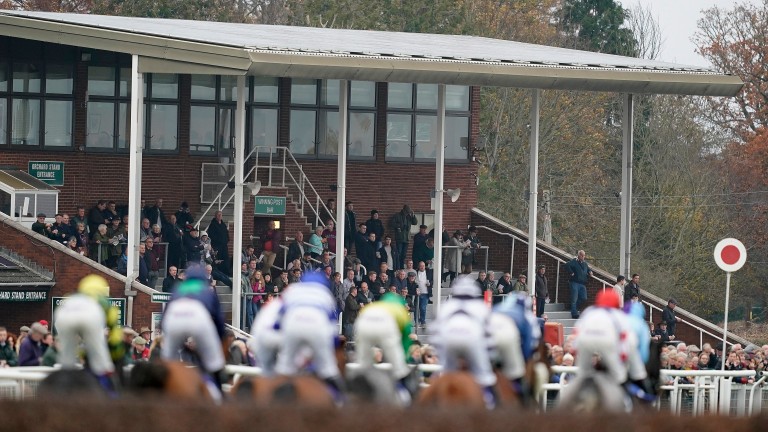 The snow on the track at Taunton thawed thanks to 10mm of overnight rain and temperatures of 9C, which meant officials could call off the 7.30am inspection and give an early go-ahead.

The extra rain has resulted in the going description being changed from good, good to soft in places to soft – with the rain due to continue through to 9am.

However, it is not the end of the cold snap as officials at Sedgefield have called an inspection for 2pm this afternoon to decide if tomorrow's card can go ahead. The course is frozen in many places with thawing snow on top.

There is all-weather action at Chelmsford this afternoon with the additional meeting consisting of five low-grade handicaps and a maiden, while evening entertainment comes from Wolverhampton.

Ryan Moore rode two winners from four mounts at Dunstall Park last year and makes the trip to the West Midlands to partner the Richard Hannon-trained Oh This Is Us (5.55) in the feature 1m½f conditions stakes.

Best bets from our experts and regional correspondents can be found in Tips Box.

Take a look at Signposts Sweetspots for all the punting angles for Monday's action.

Dan Childs reflects on the weekend football and pinpoints five things we learned.

It is surprising to see two-time Champion Hurdle hero Buveur D'Air is as big as 2-1 with Betfair and William Hill to land the hat-trick next month. It will be a fascinating race if Apple's Jade and Laurina take him on, but I'm in no doubt over siding with Buveur D'Air.