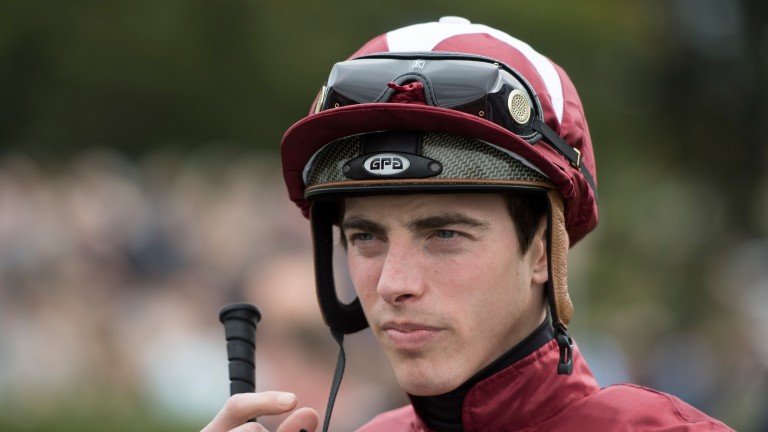 It will feel more like Winter Derby day than Spring Cup afternoon at Lingfield, but that is the name of Saturday's highlight.

William Haggas has won two of the past four runnings with Ertijaal (2014) and Second Thought 12 months ago, and is back for more with Headway, a model of consistency last year.

James Doyle will be feeling the east winds more than most as he jets in from Dubai to take his first domestic rides of 2018, most notably on Headway, who was beaten a head when runner-up in the Coventry Stakes at Royal Ascot last season.

Headway, who was Haggas's first juvenile runner of the year last spring, also acquitted himself well when finishing third in the Gimcrack when last seen at York in August.

Although he has yet to race on the all-weather, Headway has plenty of experience of artificial surfaces at home.

Haggas said: "Headway's in good shape and we've had no hold-ups because of the weather. We wanted to get him out early as he was an early type last year, and hopefully he can run a nice race."

Lansky won two of his four starts last year, as well as finishing fourth in the Mill Reef at Newbury in September, and signed off with a win on the Polytrack at Kempton.

Trainer Jeremy Noseda and jockey Ryan Moore couldn't be in better form together after a double at the track on Tuesday, including a win for Lansky's owner Phoenix Thoroughbreds.

Mark Johnston, who saddled Sutter County to be runner-up in this a year ago, fields two this time, both of whom have been at the track since Thursday.

His main hope appears to be Rufus King, who had a typically busy juvenile campaign, winning three of his ten starts and running in Ireland and Turkey. He signed off with an all-the-way nursery win at Newmarket in October and is well forward for his reappearance.

Johnston, who also saddles Lake Volta, said: "Rufus King has a good chance on ratings and it will be good to get a first run of the year into him.

Rufus King (right): won three of his ten starts as a juvenile
Martin Lynch
"Lake Volta has been running well all winter without winning and should also be in the mix."

Also despatching runners down the A1 from North Yorkshire is Richard Fahey, among them Bengali Boys, who is stepping into the unknown after running exclusively over five furlongs last season.

Fahey said of his Super Sprint winner: "He's in good shape and we've missed only one day with the horses this week, but they did exercise in our school. I reckon he might just need this run to put the edge on him."

Lowest on ratings is the Simon Dow-trained Albishr, but he does hold an advantage in one regard.

The Epsom trainer said: "We took him for a breeze around the track the other day and he went pretty well."

Should Lingfield beat the Beast from the East, ITV Racing viewers will be treated to three other live races in addition to the Spring Cup, and here's a card-marker from trainers

Archie Watson, trainer of Chevalier
He got left six lengths at the start last time, which robbed him of any chance. If he gets away on level terms this time I fancy him.

Richard Fahey, trainer of Constantino
He was supposed to run there on Friday but it was off so I'm glad we decided to declare him. He's back off a break but ready for a run.

Hugo Palmer, trainer of Humbert
He's got a decent draw and seems on an upward curve. He has a favourite's chance.

Mark Johnston, trainer of Poet's Society
He's one of six horses we sent there on Thursday and he runs as today's meeting was off. He's in good shape.

Archie Watson, trainer of Attain
He loves it around Lingfield and was a course-and-distance winner not long ago. He's run two decent races the last twice.

Alan Bailey, trainer of Widnes
He should run all right and has an each-way chance.

Charlie Mann, trainer of Leoro
He wasn't a bad horse in Germany, where he finished third in a Derby trial, but he's running here only as he doesn't like soft ground over jumps.

Robert Cowell, trainer of Encore d'Or
He'd done only one piece of work since his return from Dubai when just touched off at the track a week ago and Ryan [Moore] felt he may have been undercooked. He's drawn one and likes to slide along so has plenty going for him.

Roger Varian, trainer of Atletico
He's been a bit unlucky the last twice but, unlike on those occasions, he's not drawn the best this time around.

Stuart Williams, trainer of Royal Birth
They went no pace when he ran behind a few of these there last Saturday and he ran out on the bend, which didn't help. If he came back to his best he could win.

Charlie Wallis, trainer of George Dryden
His win last time will have helped to boost his confidence and hopefully they go the good pace he needs.

Martyn Meade, trainer of Cartographer
He's in good form but his draw isn't great and we'll have to ride him for luck.

FIRST PUBLISHED 6:00PM, MAR 2 2018
Headway is in good shape and we've had no hold ups because of the weather with him. We wanted to get him out early