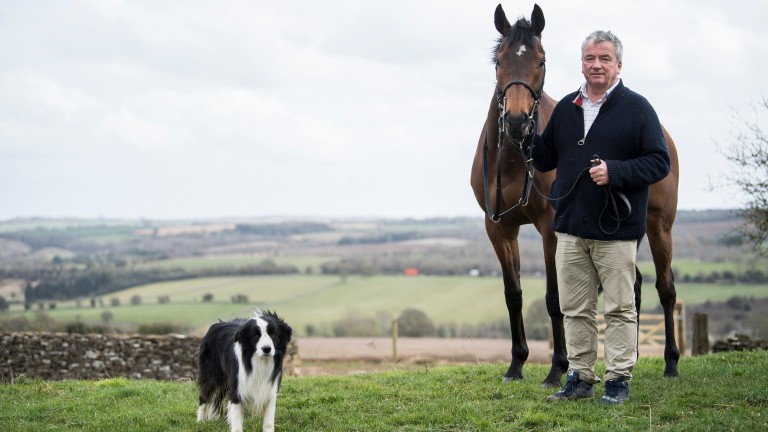 As Blaklion crossed the Melling Road for the final time 12 months ago, he seemed to be galloping to Grand National glory.

It proved a false impression, but the little horse, who is compared by his trainer to Red Rum, will seek compensation with a huge fanbase cheering him on.

With the benefit of hindsight, connections now believe Blaklion may have gone for home too soon on his first National attempt.

This time, however, he returns with the burden of top weight, and while he dazzled over the spruce fences when winning December's Becher Chase, he was pulled up on his most recent outing at Haydock, after which a breathing operation was carried out.

"I think all of us thought he had the race won last year – and for that reason it was the worst possible feeling when he didn't win it," said trainer Nigel Twiston-Davies, who bagged the first of his two Nationals 20 years ago.

"I won't be giving Sam any orders – he has ridden a couple more winners than I ever did – but I think he'll be ridden with more restraint this year, in fact with much more restraint given the ground.

National briefing: read about the other contenders and their stories

"We don't know what difference the wind op is going to make but veterinary opinion is it will help him. If it does, let's hope that with a trouble-free run he can win."

Blaklion will be joined at the start by stable companion Double Ross, the mount of Tom Bellamy.

Twiston-Davies added: "Double Ross was running a really good race two years ago until his saddle slipped. He's a big price but he wouldn't be a stupid pick."

Cons Appeared to run out of stamina in 2017 and conditions are tougher this time, especially as he has to carry top weight

Silver Birch’s Grand National victory in 2007 thrusted Gordon Elliott’s name into the limelight and the 40-year-old trainer has remained there ever since.

Leading trainer at the Cheltenham Festival for the past two years, Elliott is three-handed in the Grand National with Tiger Roll – whose cross-country win at Cheltenham last month was his third success at the festival – made the shortest price by the bookmakers.

He's joined by Ucello Conti, who was sixth two years ago and made his exit at Bechers second time 12 months ago, and the veteran Bless The Wings, ninth in this race in 2015 and twice runner-up in the Irish National.

Elliott said: “Tiger Roll is in good order and we’ve been happy with him since Cheltenham.

"I think he’ll love the fences but we’d prefer better ground for him and for Bless The Wings.

"Ucello Conti has run well over the course a couple of times. He’s been trained for the race and the ground will suit him.” 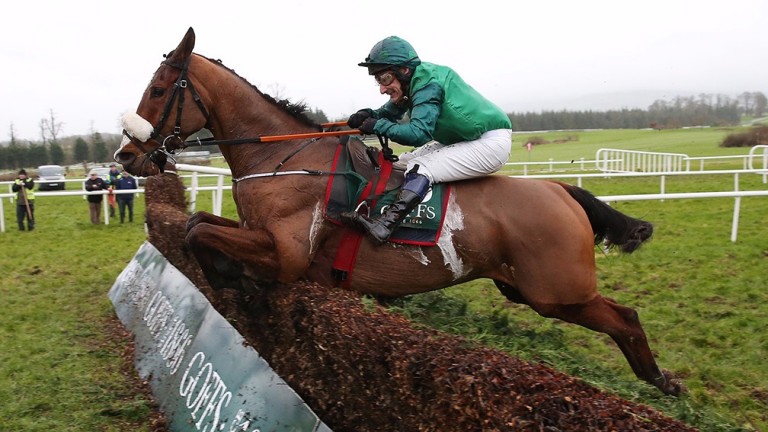 Tiger Roll pros A three-time Cheltenham Festival winner, once over four miles, who should take well to the fences

Ucello Conti cons Without a win for almost four years

The focus was on the first two home in the Cheltenham Gold Cup as Native River and Might Bite slugged it out up the hill.

But closing them down in third was Anibale Fly, who finished just four lengths behind runner-up Might Bite, winner of Thursday’s Betway Bowl.

The Tony Martin-trained Anibale Fly has class – and he also has strong proven form in big-field handicaps, having won the 28-runner Paddy Power Chase at Leopardstown over Christmas. 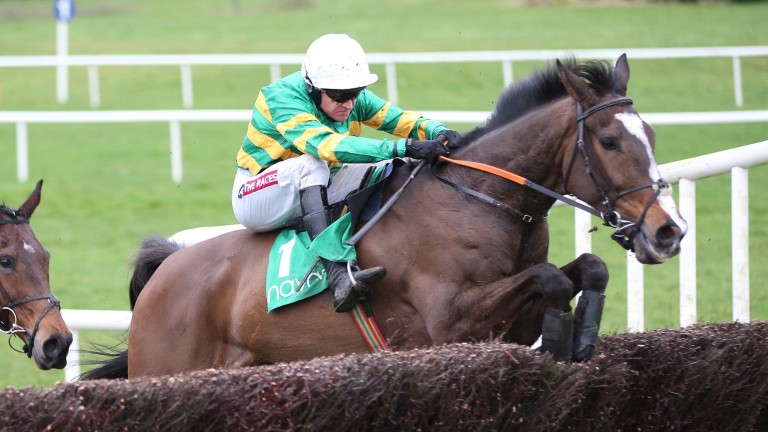 The eight-year-old will be bidding to give owner JP McManus, successful with Don’t Push It in 2010, and jockey Barry Geraghty, who won on Monty’s Pass in 2003, a second win in the race.

However, Martin has had eight runners in the race and fared best when Hollybank Buck was only tenth in 2000.

Martin said: “Anibale Fly came out of Cheltenham well. Once we knew that, the National was the plan. You can never be sure about the distance but we think he’ll stay and the ground shouldn’t be a problem.”

Willie Mullins bids for a second Grand National win, 13 years on from Hedgehunter's victory in the race.

Total Recall, who heads Ireland's champion trainer's team of three, has been a much improved performer since moving to Mullins' Closutton yard last year and kicked off the season with a seven-length romp in the Munster National at Limerick.

He was heavily backed that day and looked to be a chaser of the highest order and he confirmed that when denying Whisper by a neck to win the Ladbrokes Trophy at Newbury in December.

Cleverly reverted back to hurdles on his penultimate start, he hacked up at skinny odds before falling when closing on the leaders in the Cheltenham Gold Cup last month.

He is the mount of Paul Townend, who hopes to do better in the Aintree showpiece than when pulling up on the Rebecca Curtis-trained O'Faolains Boy last year. 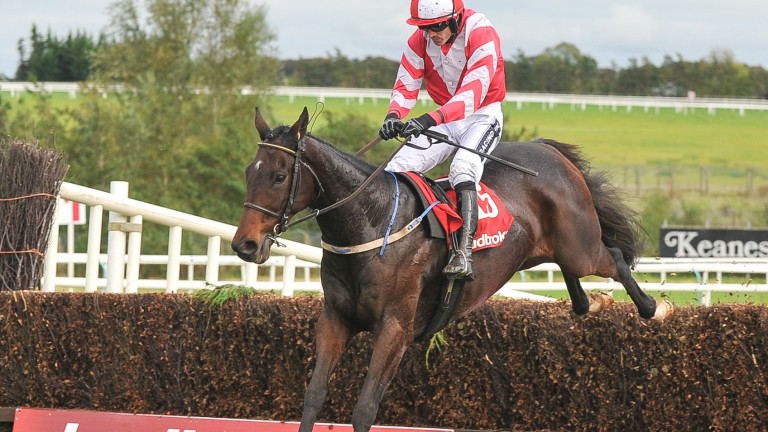 Mullins said: "Total Recall is the shortest of the trio in the betting and understandably so. The National has been his target since his Newbury win and we let him take his chance in the Gold Cup.

"He fell at the third last but was getting into contention when he came down and, had he stood up, I think he might have run third or fourth.

"Who knows – maybe the fall might have been a blessing in disguise as it meant he didn't have a hard race." 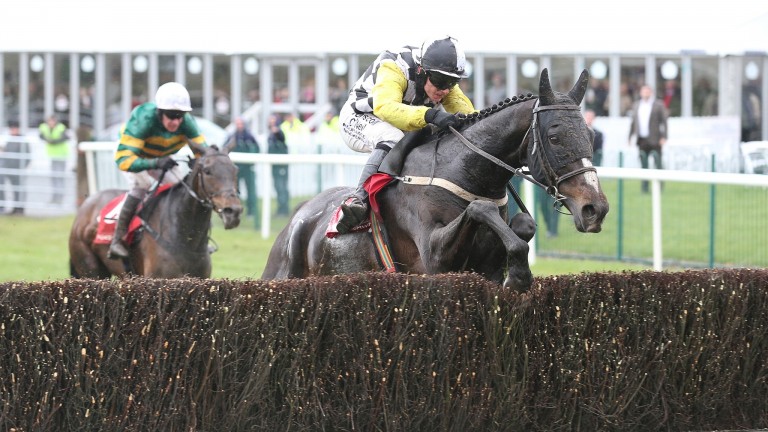 "That put paid to his chance and, in the circumstances, he was far from disgraced.

"If he deals with the ground, he could go very well based on what we saw of him in the race 12 months ago."

Few of this year's field know their way around the National fences as well as The Last Samuri, who takes his third tilt at the race – hoping to finally secure the prize in which he was a game runner-up two years ago.

He has also finished second and third in the Becher Chase and completed the course last year in 16th place when trainer Kim Bailey said there were mitigating circumstances. 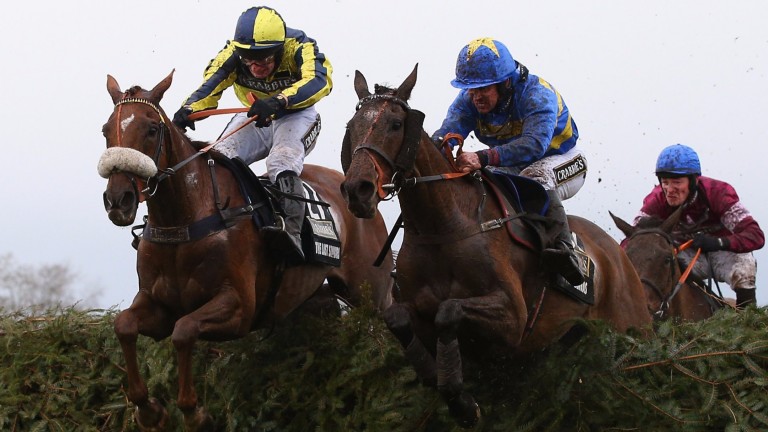 "The problem last year was he got stuck in the tunnel coming out and waited five minutes and completely blew his brain by doing so. It's a real problem, this tunnel situation," said the trainer. "When horses go in, the noise can really frighten them.

"It'll be a question of making sure no one in front of him stops this time so he can go straight out, but last year a horse planted and everything backed up. We'll be trying to get out there pretty sharpish."

The Last Samuri has warmed up for Aintree in the Grimthorpe Chase for the last two years but the race did not take place this time and he went to Cheltenham, where he finished third in the Cross-Country Chase.

"The Doncaster race he would have run in was abandoned so the Cross-Country Chase became the most natural thing to go to do," Bailey said.

"I was very happy with that run. Ideally we wouldn't want the ground as soft as it is but he does go on it."

Representing the husband-and-wife team of Ross O'Sullivan and Katie Walsh, the snow-white seven-year-old Baie Des Iles will be easy for viewers to identify as she bids to make Grand National history. 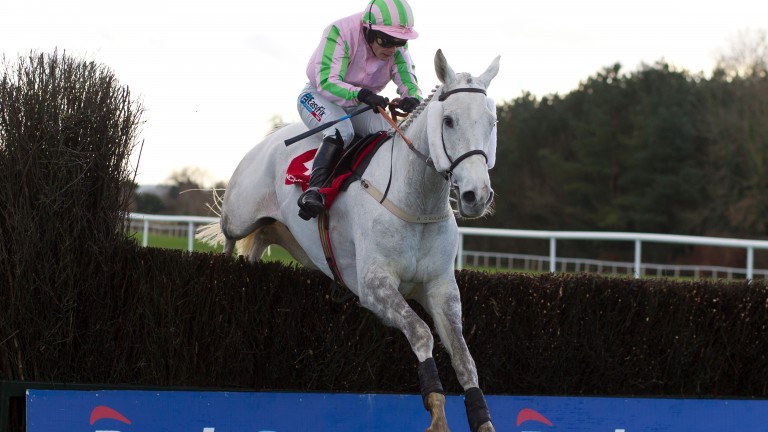 No female rider has won the race, but Walsh has come closest to a landmark victory when third on Seabass in 2012.

The last mare to be successful in the race was Nickel Coin in 1951 and no seven-year-old has won since Bogskar in 1940. Throw in the fact that only three grey horses have won the race, most recently Neptune Collonges in 2012.

But such statistics don't concern Walsh, who said: "I don't pay much attention to stats. What I do know is that our mare is very well and I'm really looking forward to the ride.

"We're a small operation and to have a runner in the Grand National is a big thing for us. She loves testing ground and we're all set to enjoy the occasion."

Pros Will relish the testing ground, jumps well and realistic claims for a big run

In 1992, Cheveley Park Stud's Patricia Thompson swooped to purchase Party Politics just days before he won the Grand National. At the start of this week she went shopping once again.

Thompson is now the owner of Seeyouatmidnight after rumours of a six-figure deal that means he will try to give Scotland back-to-back triumphs in new colours. 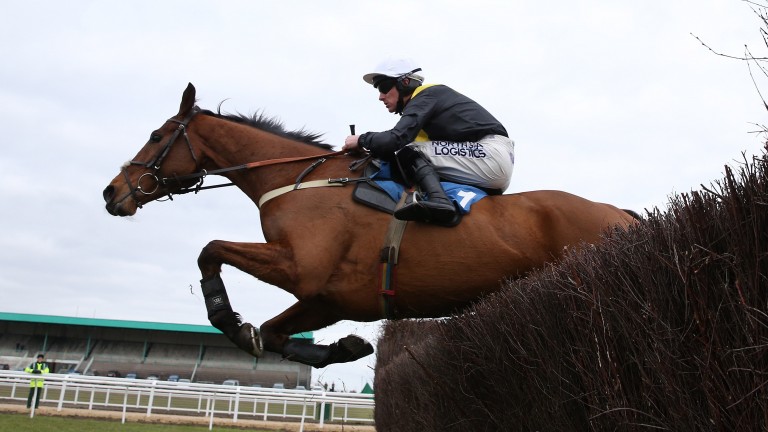 Thomson, who will be legging up Brian Hughes, said: "Before he went to Newbury he hadn't jumped a fence in nearly 16 months, but he was still quick and accurate and that's about as big a track as there is in the country.

"The one thing the Grand National winner has to do is stay and I've no reason to believe he won't. If you look at past winners, they also have form in one of the big long-distance chases and he ticks that box."

Pros Stays all day, will love the testing ground and has been primed for this

FIRST PUBLISHED 6:00PM, APR 13 2018
I think all of us thought he had the race won last year - and for that reason it was the worst possible feeling when he didn't win it