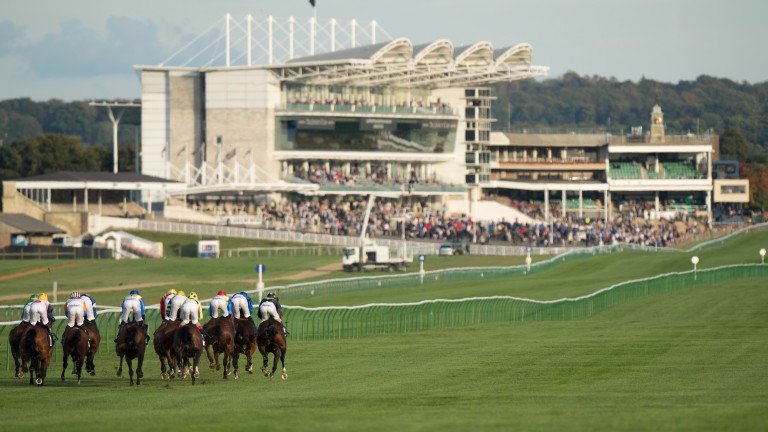 It is the changing of the seasons both in nature and in racing. The leaves are falling and so will a lot of ante-post betting vouchers should Expert Eye not live up to his reputation in the Darley Dewhurst Stakes (3.00) at Newmarket.

Then there is the final Betfred-sponsored edition of the Cesarewitch (3.40), often unfathomable but always with a strong flavour of the winter jumps season ahead and this year is no different.

John Constable, the favourite for the 2m2f marathon on the Flat, is trained by Evan Williams and partnered by former jump jockey Jim Crowley.

The ground at Newmarket was changed to good, good to firm in places (from good) following a dry night.

Across the country and Severn Bridge, the jumping action is taken up a notch at Chepstow with Grade 1-winning hurdler Finian's Oscar starting out on his chasing career.

Back on the Flat and with ITV in attendance, York ends another successful season, while Hexham serves up further jumps action and Kempton ends the day on the all-weather.

Newmarket - first race 1.50
Good, good to firm in places (from good). GoingStick 7.8 on Saturday at 8.30am. The re-positioning of the running rail between the 1m6f start and the bend into the home straight has increased the distance of the Cesarewitch by 17yds

Non-runners in the ITV races

Paul Kealy and Pricewise lead the tipping team with their best bets for the televised action from Newmarket and York. Our correspondents in the training centre have their best bets of the day in the tips box and Danny Hayes has two ten-second tips at York.

Mark Storey's Opening Show sets the scene ahead of the action, hoping to see the Frankel colours of Khalid Abdullah again flying to Group 1 success.

David Jennings, our roving reporter in Australia, will be updating his progress after an unfortunate start.

The team tee-up Saturday's action with their thoughts on the big races.

Mark Langdon is expecting a tight game in the Liverpool v Manchester United lunchtime kick-off and the rest of the sports team have more betting views across all the leagues on a full fixture list. Dan Childs sticks his neck out with advice on the Crystal Palace v Chelsea game that flies in the face of the stats.

It should be all downhill after The Everest in Australia, won by Redzel, but there promises to be more peaks scaled - if not with the same payday - through the afternoon with Expert Eye leading the way.

FIRST PUBLISHED 7:19AM, OCT 14 2017
The leaves are falling and so will a lot of ante-post betting vouchers should Expert Eye not live up to his reputation