All-Weather Finals: all you need to know as Lion Hearted targets £10,000 bonus 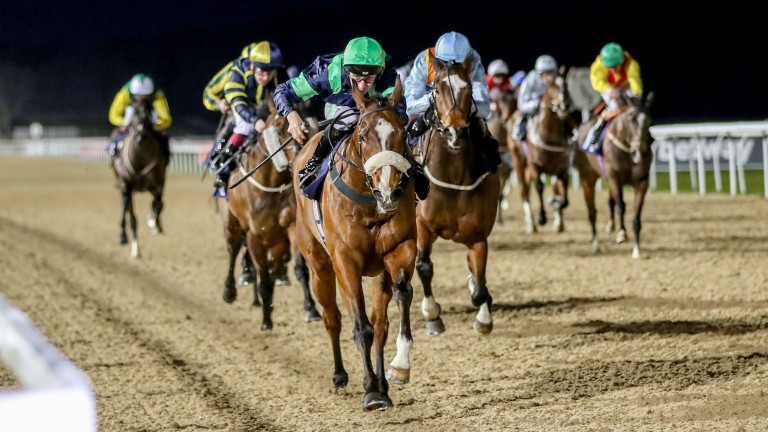 As the curtain comes down on another thrilling season of all-weather action there are still two big questions that need answering, both involving trainers Mick Appleby and John Gosden.

Appleby leads Gosden in the battle to be crowned all-weather champion trainer, and is bidding to double up with five-year-old Lion Hearted, who leads the race to be the winningmost horse – a title which carries a £10,000 bonus – with seven victories since January. Not bad for a horse who cost the Slipstream Racing syndicate, which includes Racing TV pundits Martin and Chris Dixon, just €4,000 in November.

He can wrap up that title with another win in the day’s opening contest, the apprentice handicap (1.30), but failing that will need to rely on Gosden’s star Wissahickon defeating Matterhorn and Executive Force, who have racked up six wins each, in the Easter Classic. 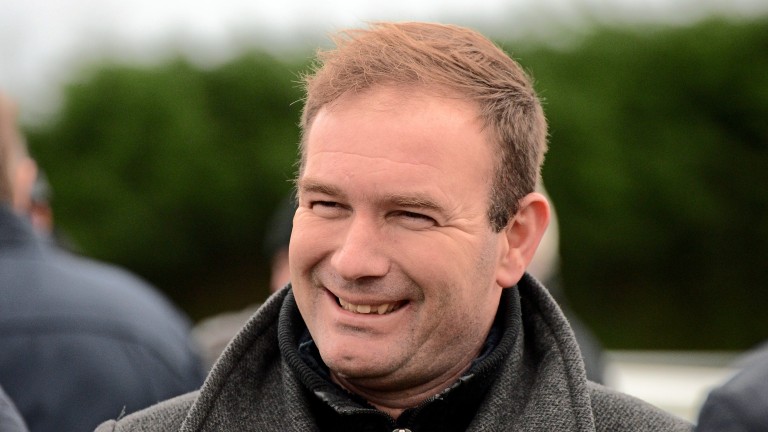 Mick Appleby: could have more than one reason to celebrate on All-Weather Finals Day

The Dixons know all about Wissahickon as they part-own Big Country, who has been beaten by the Cambridgeshire winner three times this winter.

Martin Dixon is anticipating Wissahickon doing them a favour and said: "Wissahickon is probably the best horse there’s been on the all-weather – certainly since the championships started – and Matterhorn and Executive Force will do well to beat him. We’ll certainly have one eye on the Easter Classic."

Slipstream Racing have already won over £25,000 with Lion Hearted this season, but that could exceed £65,000 should he take his record to eight wins from nine runs.

Dixon added: "It’s the hardest race he’s been in and he’s never been to Lingfield, but all he’s done is keep improving. We were considering going to Chelmsford on Thursday night but it’s finals day, he deserves to be there, and everyone involved will get a nice day out."

Until 2014, there was never any racing on Good Friday. Now five years on, All-Weather Championships Finals Day is a staple within the racing calendar.

The format is best compared with British Champions Day at Ascot, which signals the end of the British turf season. There are six championship races to suit all types of runner on the all-weather, as well as the opening apprentice handicap.

Fields for the six championship races are decided unlike any other races in Britain. Only 12 are allowed in the mile, sprint and three-year-old contests, while a maximum of 14 runners can contest the marathon, fillies’ and mares’ and Easter Classic.

Fast-track qualifiers are held through the winter and offer places to winners, with four being held in each division. In some cases horses double up and win across different divisions, leaving qualifying spots available to those who make the cut on official ratings.

What other prizes will be given out?

The winningmost horse and champion trainer titles are still up for grabs but Adam Kirby has already bagged the leading jockey crown.

The championships are decided by numbers of wins rather than prize-money, besides all-weather horse of the year that is based on prize-money and currently headed by Easter Classic hotpot Wissahickon.

ITV4 broadcasts all races apart from the opening apprentice handicap, while Sky Sports Racing will televise the entire meeting.

FIRST PUBLISHED 6:00PM, APR 18 2019
It?s the hardest race he?s been in and he?s never been to Lingfield, but all he?s done is keep improving

Graeme Rodway on the importance of getting the right rider in the Sandringham Another for Ireland? Coronation Stakes often slips out of home team's grasp 18-1 shot Waterloo Sunset shows no kinks to continue Denis Coakley's super start