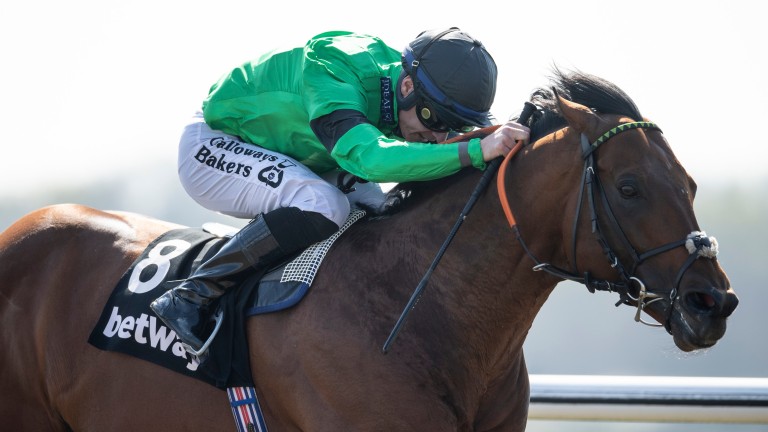 Kachy will bid for a repeat win at Lingfield on All-Weather Championships day
Edward Whitaker
1 of 1
By David Carr UPDATED 11:23AM, AUG 8 2019

Brilliantly speedy sprinter Kachy is to miss the rest of the turf season and wait for an all-weather campaign, with the main target the lucrative All-Weather Sprint Championships, which he won in stunning style at Lingfield on Good Friday.

Last seen setting a fierce pace on his way to finishing third behind Blue Point in the Diamond Jubilee Stakes at Royal Ascot, Kachy will miss the Group 1 32Red Sprint Cup at Haydock next month.

"We've decided to put him away, give him a bit of time and bring him back for an all-weather campaign," trainer Tom Dascombe said on Thursday.

"He will be all geared up to try to win the all-weather championships again and we'll decide the best route to go there." 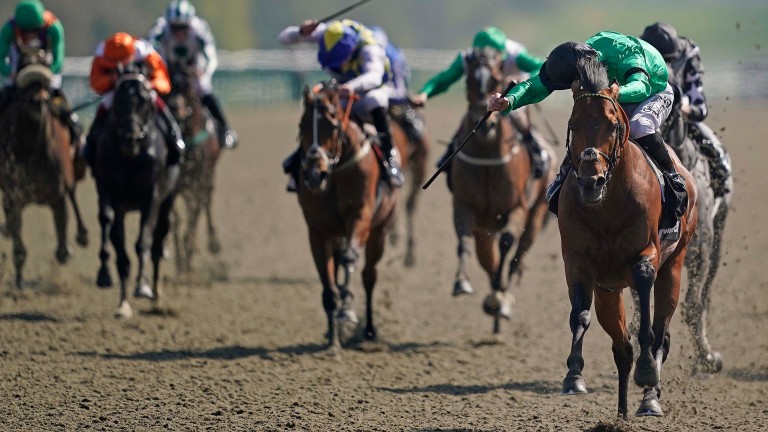 Kachy warmed up for this season's Good Friday victory with victories at Wolverhampton on Boxing Day and Lingfield in February and showed no sign that age was catching him up with him as a six-year-old.

"If anything he's getting better," Dascombe said. "He ran an absolute blinder to finish third at Ascot. All the way people were thinking he was going too fast, he was going to finish out the back, but he really ground it out. He showed his resilience and toughness."

Owner David Lowe also hopes that Kachy, a Listed and Group 3 winner who finished second in the Group 1 Commonwealth Cup at Royal Ascot in 2015, could stand as a stallion after another season of racing.

"Kachy has got a great attitude, a great mind and a great physique," Dascombe said. "Hopefully he might find a place somewhere to stand at stud."

FIRST PUBLISHED 11:05AM, AUG 8 2019
If anything he's getting better. He ran an absolute blinder to finish third at Ascot