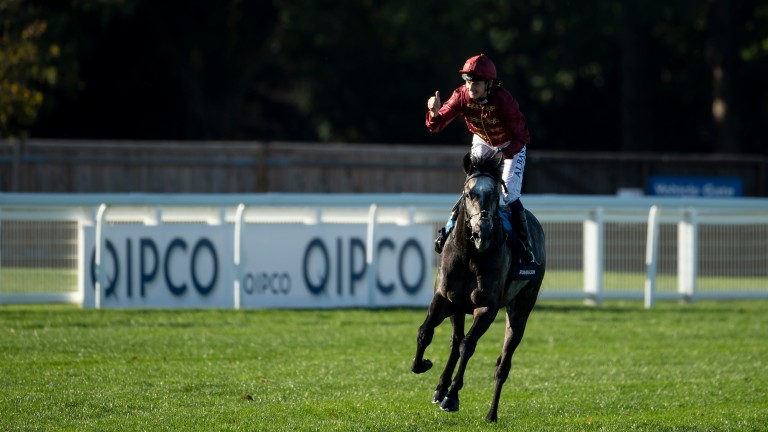 This weekend’s Breeders’ Cup meeting at Churchill Downs could have a crucial bearing on the destination of the 2018 Cartier Racing Awards with Roaring Lion and reigning Cartier Horse Of The Year Enable still in the mix for prestigious prizes.

Roaring Lion (222 points) holds a clear lead in both the horse of the year and the three-year-old colt categories, and victory in the Grade 1 Breeders’ Cup Classic on Saturday would cement his lead.

On his first run on dirt, the son of Kitten’s Joy will bid to go out on a high for connections after a season headlined by four Group 1 wins, including the Queen Elizabeth II Stakes at Ascot this month.

Roaring Lion's trainer John Gosden is also represented at Churchill Downs by the remarkable Enable (56), who is aiming to become the first horse to follow up victory in the Group 1 Qatar Prix de l’Arc de Triomphe, a race she also won in 2017, with success in the Grade 1 Longines Breeders’ Cup Turf.

Despite missing the majority of the season through injury, and trailing her stablemate in the standings, Khalid Abdullah’s filly could still challenge for the horse of the year award. Victory on Saturday could see her take both that award as well as the older horse award.

Points for the Cartier Racing Awards are earned through a combination of performances in Pattern races (30 percent), opinions of a panel of racing journalists and handicappers (35 percent) as well as votes from readers of the Racing Post, the Daily Telegraph and viewers of ITV Racing (35 percent).

Voting opened on October 24 via www.cartierracingawards.co.uk and closes at noon, UK time, on November 6 following the running of the Melbourne Cup.

FIRST PUBLISHED 7:00AM, OCT 31 2018
Roaring Lion holds a clear lead on points in both the horse of the year and the three-year-old colt categories