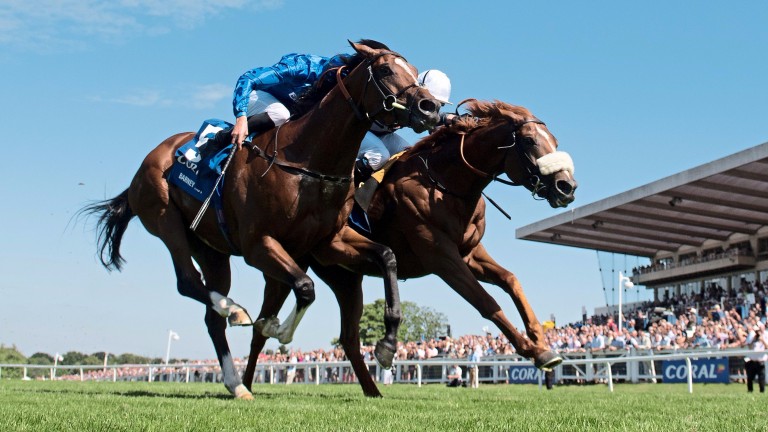 All-conquering Arc heroine Enable may have all but sewn up the Cartier Horse of the Year, but those below her in the pecking order have a chance to improve their positions at Ascot on Champions Day this weekend when Ulysses, Ribchester and Barney Roy are among the stars due to be in action.

Enable, clear on 208 points, has finished for the season but older-horse honours are up for grabs, with Ulysses (152) set to contest the Qipco Champion Stakes and Ribchester the Queen Elizabeth II Stakes, also backed by Qipco.

Last weekend at Newmarket it was the two-year-olds in the spotlight and Dewhurst winner US Navy Flag is flying high at the top of the colts' category, while, despite a late setback preventing Happily from lining up in the Fillies' Mile, she remains at the top of her section.

Cartier Awards points are earned by horses in Pattern races (30 per cent of the total), combined with opinions from a panel of racing journalists/ handicappers (35 per cent) and votes from readers of the Racing Post and The Daily Telegraph plus ITV Racing viewers (35 per cent).

The awards ceremony takes place in London on November 14.

FIRST PUBLISHED 7:00AM, OCT 18 2017
Enable is done for the season but older-horse honours are up for grabs, with Ulysses (152) set to contest the Qipco Champion Stakes