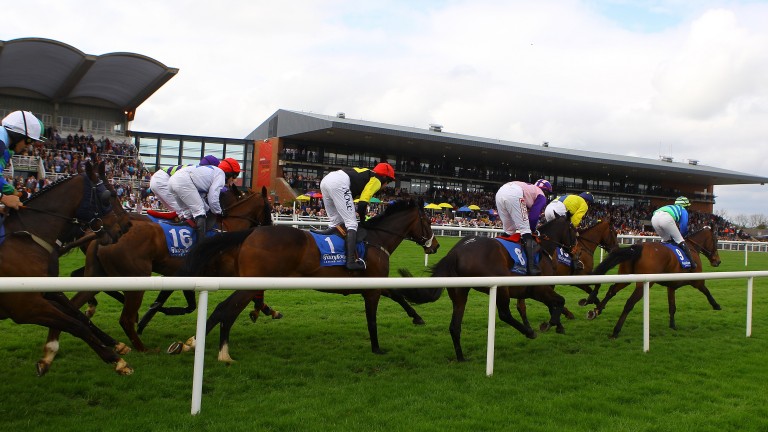 Snow and frost have taken their toll on the racing on Wednesday but the quickly convened meetings at Chelmsford and Wolverhampton keep the show on the road in Britain, and Fairyhouse has survived an inspection in Ireland.

Officials at Fakenham inspected at 7am and shortly after the meeting was scrapped. Clerk of the course David Hunter said: "We had five centimetres of snow overnight, which is melting.

"It is not the fact there is snow on the ground, the reason for abandoning is that there are too many areas of false ground from the wet conditions – mainly in the infield and the lower ditch which already had heavy ground. We need to be happy we're providing safe ground."

An inspection at Ludlow was due at 8am but officials brought forward the decision and tweeted: "Unfortunately racing at Ludlow today has been abandoned. The course is frozen and temperatures are not expected to rise above freezing until after midday so racing is abandoned."

There was better news with racing going ahead at Fairyhouse, where there are no shortage of interesting runners, including Commentariolus, a Frankel gelding who tackles the opening 2m maiden hurdle (1.45).

He will become the first son of Frankel to embark on a hurdling career in Ireland. The only other horse by Frankel to go jumping is Solo Saxophone, unbeaten in two starts in Britain for Dan Skelton.

Catch up on the latest turn in the ATR and RUK power struggle for broadcasting Irish racing next year with a British twist.

Graham Dench whets the appetite for today's racing with some all-weather contenders.

Nicky Henderson opened his doors to the media and here is his update on Altior ahead of his return at Newbury on Saturday.

Need some help sorting out the Betfair Hurdle at Newbury on Saturday? Check out the following:

Football fans everywhere, except those with Tottenham sympathies, will be cheering on Newport County as the League Two side have their day out at Wembley in the FA Cup replay but Dan Childs can see no fairytale finish.

Those up early enough can have a blast with Matthew Ireland's thoughts on England's first T20 showdown with Australia in the tri-nations series in New Zealand.

Oliver Stammers got the full ATR coverage when winning on his first ride in an apprentice race last Friday. With the weather biting the 16-year-old could again have racing's full attention as he bids to repeat the feat on Ravenhoe for his boss Mark Johnston but against his seniors this time.

FIRST PUBLISHED 7:50AM, FEB 7 2018
The course is frozen and temperatures are not expected to rise above freezing until after midday