All the going news, market moves and tips on Nunthorpe day 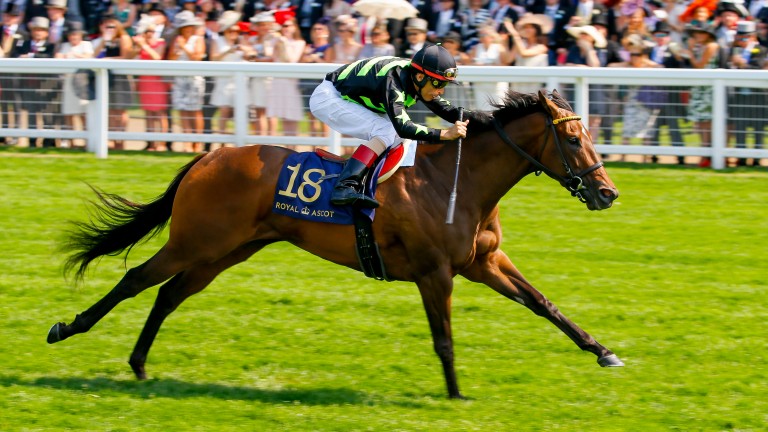 Lady Aurelia: the flying filly everyone wants to see on Friday
Mark Cranham (racingpost.com/photos)
1 of 1
By Keith Melrose UPDATED 11:45AM, AUG 25 2017

It is a day of extremes at York on Friday. That is not just in terms of the two feature races, the Lonsdale Cup and Nunthorpe Stakes, which more or less sit at the ends of top-class race distances in Britain.

In the Nunthorpe itself there is also the clash of explosive promise and gradually kindled flame. Lady Aurelia has been on the scene since she burned off the field in last year's Queen Mary and she once again lit up Royal Ascot in this year's King's Stand. Her main rival Battaash went on a four-race losing streak after a successful debut but has worked through the gears of Listed, Group 3 and Group 2 in 2017 to reach these heights.

The Lonsdale Cup and City of York Stakes, which complete the Group races on offer, are both exceptionally open races of their type. Dartmouth is a narrow favourite back where he won the Yorkshire Cup, while last night Daban and Suedois were 7-1 joint-favourites for the 20-runner City Of York.

Our tipsters have all their leading selections for the day here.

For members, Paul Kealy and Pricewise are back on day three.

In the latest Racing Revealed, Tom Kerr looks into the dos and don'ts (or cans and can'ts) of naming a racehorse in Britain.

Check out the Friday portion of the Postcast, which includes a 66-1 tip.

Our football Postcast also came out last night. See what our tipsters say about the weekend action.

The second test between England and the West Indies begins at Headlingley. Can the much-maligned Windies make a better fist of it than at Edgbaston?

It is also Belgain Grand Prix weekend at Spa. We take an early look.

We had it to an extent with Limato last year, but it really is exciting to see highly touted 5f sprinters take each other on for the first time. Lady Aurelia and Battaash have independently beaten the rest, hopefully there will be a good clean fight between the two today.

FIRST PUBLISHED 7:47AM, AUG 25 2017
Lady Aurelia and Battaash have independently beaten the rest, hopefully there will be a good clean fight between the two

A top on-course bookie on the horses he's out to get on day one at Royal Ascot 'Surely 5-2 is a joke?' - the claims of six Royal Ascot favourites assessed Matt Chapman, after-timers and more: the ten most annoying things in racing 'A Royal Ascot hottie' - top bookmakers reveal their biggest liabilities 'I'm looking for a big show from him - he's a serious each-way player' 'The track is in lovely condition' - latest going for Royal Ascot