All The Chimneys out to burn off rivals for Austin 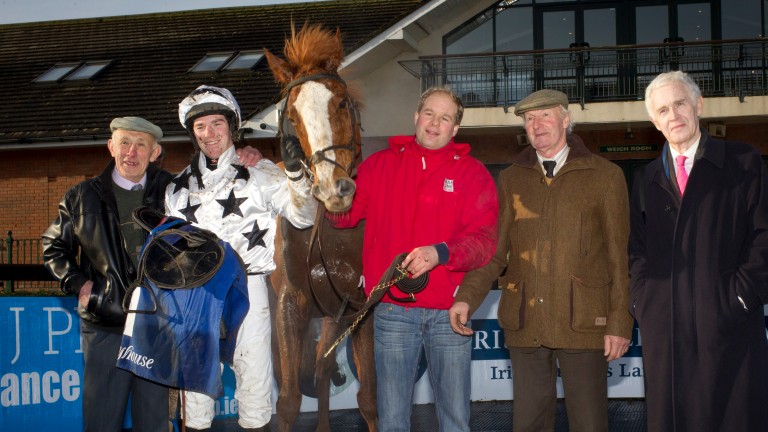 All The Chimneys will be bidding to record back-to-back successes for Willie Austin
Patrick McCann
1 of 1
By Brian Sheerin 6:07PM, FEB 15 2017

The Willie Austin-trained All The Chimneys never gave his supporters an anxious moment en route to recording a comfortable success at Navan last month and bids to follow up in better company.

The distinctive chestnut is as good over fences as he is over hurdles and seems to be improving. If he is to score again, he is likely to be given most to think about by Vicky's Charm or De Benno.

Hard Bought is the only horse in the line-up to have previously been successful at the track.  He aims for a third course victory here

Tom Hogan, trainer of Coolnagorna Giggs
He's broken down twice and has had a bit of trouble with his back but he seems good again and we're looking forward to getting him back. He should come on for the run.

James Grace, trainer of De Benno
He was a bit unfortunate to unseat his rider at Clonmel last month and jumping mistakes are most unlike him. I think he'll be in the shake-up here because he's in good form and deserves a bit of luck. It's Davy Russell's first time on him so hopefully he can work his magic.

Liz Doyle, trainer of One Can Cally and Maguire's Glen
Maguire's Glen is the one I'd fancy. He's been dropped 2lb since his last run and we're claiming 5lb off his back. With all of those bits and bobs we're hoping he can run a nice race. One Can Cally is having her first start in a handicap and can come on from this.

John Joe Walsh, trainer of Hard Bought
We come here with plenty of optimism because he's won around the track before and seems in good form. Hopefully he'll be in the money at least.

Willie Austin, trainer of All The Chimneys
He's very well. He was quite impressive when he won last time at Navan and, judging by that performance, he should handle the extra weight in this. We're quietly confident he can run well.

FIRST PUBLISHED 6:07PM, FEB 15 2017
He was quite impressive when he won last time at Navan and, judging by that performance, he should handle the extra bit of weight in this. We're quietly confident he can run well