All systems go for Alpha Centauri in the Falmouth Stakes 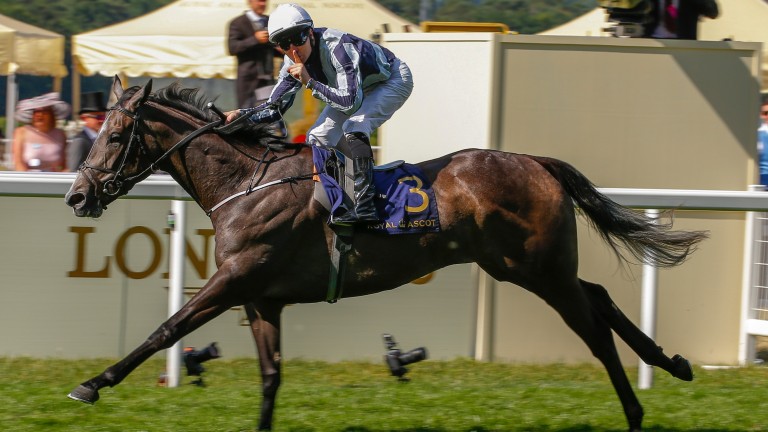 Alpha Centauri: set to run in the Falmouth Stakes at Newmarket on Friday
Mark Cranham (racingpost.com/photos)
1 of 1
By Brian Sheerin UPDATED 4:25PM, JUL 9 2018

This year's star miler Alpha Centauri has hardened as favourite for Friday's Group 1 Tattersalls Falmouth Stakes after connections revealed the filly will take on her elders at Newmarket.

Trainer Jessica Harrington had earlier said that the brilliant Irish 1,000 Guineas and Coronation Stakes heroine would compete at Newmarket providing she came through a workout on Monday with flying colours – and that was the case.

“It was a very important morning for us, and at the moment, all being well, it’s all systems go for Newmarket,” said the trainer.

Several bookmakers cut the filly for the Falmouth off the back of confirmation she would take part, with Paddy Power going 8-13 (from 4-6), and she is no better than 4-5 with bet365.

Alpha Centauri, who produced the standout performance at Royal Ascot when slamming Threading by six lengths in the Coronation Stakes, may face that rival again, along with the Aidan O'Brien-trained Clemmie, who was fifth in the Coronation.

Opal Tiara and Wilamina are among the older horses in line to try to concede weight to the Classic generation.

With excitement building towards the Falmouth, Alan Cooper, racing manager for owner-breeders the Niarchos family, said: "The filly pleased Colm [O'Donoghue] this morning. Jessie and Colm had a good chat and were happy for her to take her chance.

"We’ll take things race by race with her. It’s all about teamwork and Jessie is obviously the leader of the team and Colm is a vital part of it as well.

"The team feels that running on Friday is what Alpha should do, and hopefully it all goes to plan."

Cooper continued: "I think it’s fair comment to say that, from her first start of the year to the 1,000 Guineas, we saw considerable improvement, and then we saw an amazing display of class from her at Ascot.

"I hope the Alpha of Ascot can turn up on Friday and that she can put on a good display again."

O'Brien said on Monday: "The plan at the moment is for Clemmie to run in the Falmouth Stakes. We’ve been happy with her since Ascot and that’s the way we’re thinking at the minute."

You can also follow the Racing Post on Twitter (@RacingPost) to get the latest alerts
FIRST PUBLISHED 1:41PM, JUL 9 2018
It was a very important morning for us, and at the moment, all being well, it’s all systems go for Newmarket