All in the genes as Easterbys seek another Queen Mother's Cup 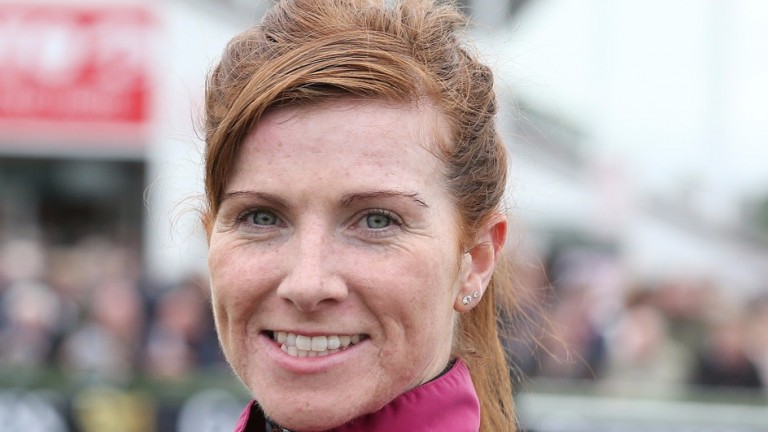 A family tree should be printed in the racecard to explain the connections of the various members of the Easterby clan bidding to continue their run of success in this prestigious amateur prize.

Emily Easterby, daughter of trainer Tim, scored last year on her first appearance in the race and attempts to follow up knowing two cousins and her great uncle are out to stop her.

Securing a ride in the race is a personal triumph, not only because it affords a chance to win one of the most coveted races for female amateurs but also the opportunity to toast victory with your own weight in champagne.

Easterby, who scored on Snoano 12 months ago, has a new mount in Mukhayyam for her father against a field containing the rivals she beat into second and third on that occasion, Masterpaver (Fion McSharry) and Tapis Libre, who will be ridden by second cousin Joanna Mason.

From Cheltenham to York

Lisa O'Neill could find it hard to top this year's Cheltenham Festival success on Tiger Roll in the National Hunt Chase or last year's Kerry National triumph, but the talented amateur makes her debut in the race on her first trip to York.

Anna Hesketh, who partners Azari, was an apprentice until last December when she gave up due to weight issues. Now pupil assistant to Tom Dascombe, she took out an amateur licence especially for this race. She had a sighter at Newbury on Thursday.

Carol Bartley, trainer of Corton Lad
He's on a career-high mark and has it to do off that. He was fifth last time in the Braveheart race at Hamilton and not beaten that far. I think the only thing that will get him beat is his handicap mark.

Anna Hesketh, rider of Azari
He won a claimer for Paul Nicholls when Tom claimed him. He hadn't taken to jumping. Tom thought this race would be perfect for him and we think he has a very good chance. He's been going well at home.

Lisa O'Neill, rider of Charismatic Man
Ralph Beckett got in touch about the ride. I think it's quite an open race. He has a good draw. He's dropping back in trip and has solid form on the all-weather. He should like the going and we have every chance.

Cath Walton, rider of Purple Rock
I spoke to Nathan Evans about the horse and he said he'd take a lot of beating if the ground was softer. It's going to be on the quicker side but he's won on good to firm so I couldn't see it being a massive disadvantage. He was a nice second over course and distance on his second-last run and could run a nice race.

Becky Smith, rider of Samtu
He probably has as good a chance as any. He didn't act on the ground last time and I think he genuinely wants good to firm. He's improved with the Fifes and their horses are in great form so it's probably the best year for them to have a shot at it.

Emily Easterby, rider of Mukhayyam
He should run very well. He was very unlucky at Ripon last week and is certainly well at home. This race does suit certain horses. Crackentorp won the race twice and, with me being the daughter of the trainer, he's definitely trying to target the race, especially after also winning it last year.

Emily Sayer, rider of Imshivalla
Although she's not had many places lately she's not been beaten that far and has been running in some good races. She travelled really well at Epsom and got slightly hampered in the last furlong. She's come down a little in the weights and she should stay.

Joanna Mason, rider of Tapis Libre
I've won six times on him. He ran well in the race last year so the plan was to try again this season. He's had two nice prep runs and come out of them well, so hopefully it's all set up right for him. The drying ground will be in his favour.