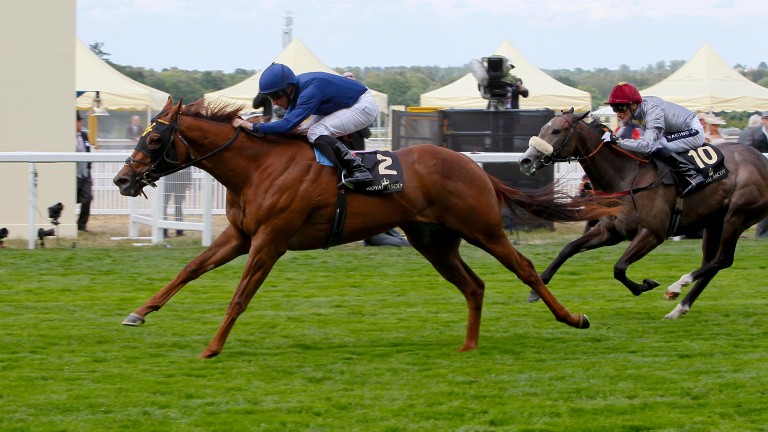 Acapulco, winner of the Queen Mary Stakes at Royal Ascot two years ago when trained by Wesley Ward, has her first start for Aidan O'Brien in this Listed event named after multiple Group 1-winning sprinter Sole Power.

In foal to Galileo, Acapulco wears a hood for the first time and is the mount of trainer’s son Donnacha.

Possibly chief among her rivals also trained in Ireland is the Ger Lyons representative Ardhoomey, a Group 2 winner over this course and distance in September.

Primo Uomo, who represents Curragh trainer Ger O'Leary, has been an improved performer this season, winning a handicap at Cork before finishing a close third behind Washington DC and Ardhoomey in a Listed event at Navan on his most recent start, while much-travelled nine-time winner Spirit Quartz will be making his second start for trainer Barry John Murphy.

Just Glamorous, a Group 3 winner over the distance at Chantilly last season, is one of a handful of British runners. He represents Ron Harris, while 13-time winner Monsieur Joe, at ten the oldest horse in the line-up, runs for Paul Midgley.

The Robert Cowell-trained Sir Robert Cheval delivered a career-best performance when landing a handicap on his first start over the distance at Newbury last month.

Ron Harris, trainer of Just Glamorous
The last run was totally down to the ground, it was too quick for him. I think he’ll go well in these conditions. He has very good form and in this grade he often shows up.

Robert Cowell, trainer of Sir Robert Cheval
We declared three but only Sir Robert Cheval will be there. We’re taking a bit of a chance that he will handle the easier ground but generally speaking we think he has the best chance of the three I declared on that type of ground. He is stepping up to this grade for the first time and we are going to learn a bit about him.

William Muir, trainer of Willytheconqueror
He won a handicap at Nottingham last year on heavy ground, then won again and when he went to France Martin [Dwyer] wasn't sure if it was the opposition or the ground that beat him. By the time we ran him on firmer ground Martin said it was his preferred surface. He just got tired at Bath last time. He’s improved.

Aidan O'Brien, trainer of Acapulco
She's in good form and is ready to start. She's in foal to Galileo and we're hoping the ground won't get too soft.