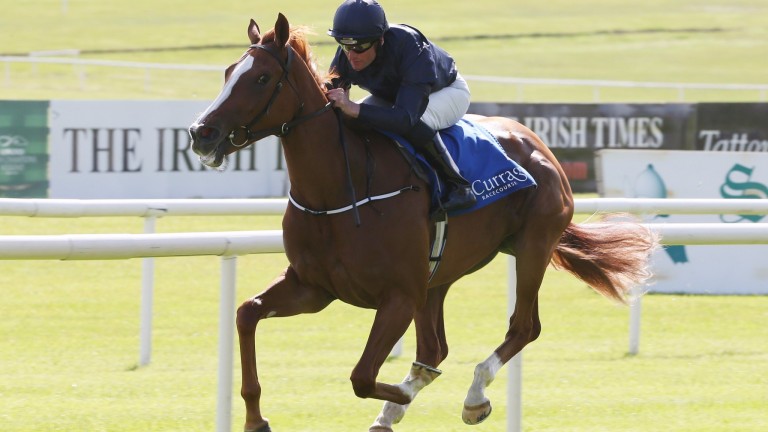 Alice Springs has looked in superb condition during trackwork this week and rates a serious contender as she heads a three-strong challenge for Aidan O'Brien, who is chasing a first win in the race.

A three-time Grade 1 winner over a mile this season, including twice on good to firm ground (most recently in the Sun Chariot), Alice Springs will be facing males for the first time at Santa Anita.

She was second in the Juvenile Fillies Turf last year and, like Found, is another hard-campaigned filly, with eight starts in 2016 to date.

Hit It A Bomb won the Juvenile Turf at Keeneland last year but has drawn a blank in three starts in 2016, including a limp display in the Queen Elizabeth II Stakes three weeks ago.

Cougar Mountain, meanwhile, has come up short whenever pitched into Group 1 company, and can be inconsistent at a lower level for all that he is capable of big performances when on song.

"Alice Springs usually goes forward and follows the pace – if she breaks quickly she'll be okay from the draw [two]," said O'Brien.

"The other two are drawn badly. They have to improve. Hit It A Bomb is on the way back we think and Cougar Mountain, off a fast pace on fast ground, can run a big race on his day.

Pros Continues to hold her form extremely well, will appreciate the conditions, and experience of Breeders' Cup racing last year should stand her in good stead