Alexander runs quartet at Hexham all out of same mare 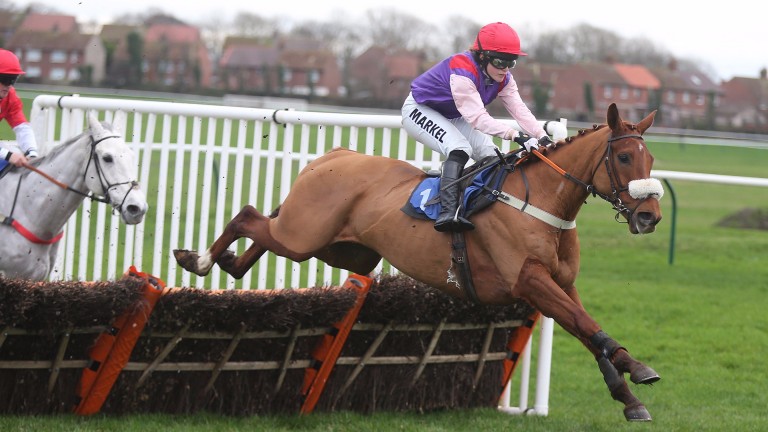 Clan Legend: First of the four runners out of Harrietfield to run this afternoon
John Grossick (racingpost.com/photos)
1 of 1
By David Baxter 5:13PM, DEC 7 2016

Nick Alexander has already enjoyed a good week having recorded his first ever treble at Ayr on Monday, and the trainer has another clutch of runners at Hexham on Wednesday, with four all out of the same mare.

Although not something Alexander intentionally planned, he said: "There was no particular plan but I quite like the idea, it appeals to my sense of humour."

The family is one Alexander is familiar with, as he bred Harrietfield and also her mother Lillies Brig. He said: "They do all like heavy ground and it was the right races for all of them."

According to the betting, Clan Legend, who runs in the novice handicap chase which was added to the card by the BHA, represents the best chance of a winner from the four runners, and Alexander added: "He's probably got the best chance but it would be nice if they all ran reasonably well."

At Ayr Alexander saddled ten when bagging his treble, and he has six runners on the card at Hexham. Explaining the busy period, he said: "The ground was a bit too quick in October then we lost three meetings to frost in November. It has been bit of a stop-start season so we have a lot stacked up ready to run."