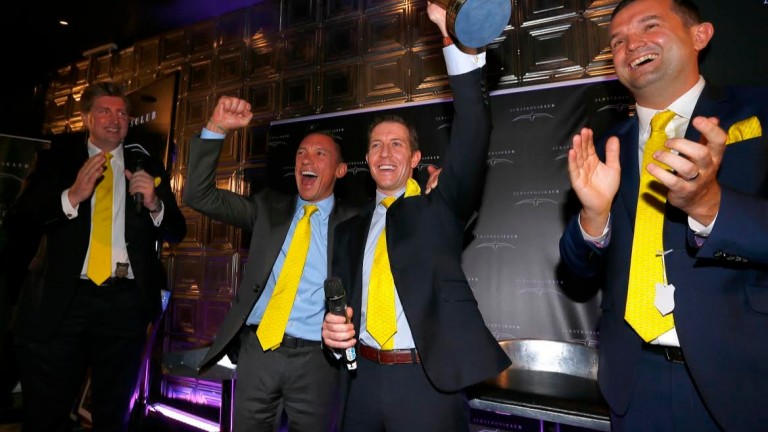 The Albatross Club celebrated its second annual Christmas lunch at the Gaucho Piccadilly on Thursday, raising an estimated £41,000 towards the fund of paralysed jockey Freddy Tylicki via the Injured Jockeys Fund.

The racing club, which experienced Group 1 success with Crowded House in the Racing Post Trophy in 2008, welcomed ambassador Frankie Dettori, who presented champion Flat jockey Jim Crowley with the Albatross Award for his achievements this season.

The award capped a memorable day for Crowley following the announcement of his appointment as retained jockey for Sheikh Hamdan Al Maktoum.

Crowley, who sustained a broken nose in the incident in which Tylicki suffered a T7 paralysis of his back, said: "I’m so glad to be involved with raising so much money for Freddy, a close friend of mine, and to help him along the next chapter of his tough journey."

Contributions towards the Freddy Tylicki fund can continue to be made via the Injured Jockeys Fund.

FIRST PUBLISHED 2:24PM, NOV 26 2016
I'm so glad to be involved with raising so much money for Freddy to help him along the next chapter of his tough journey