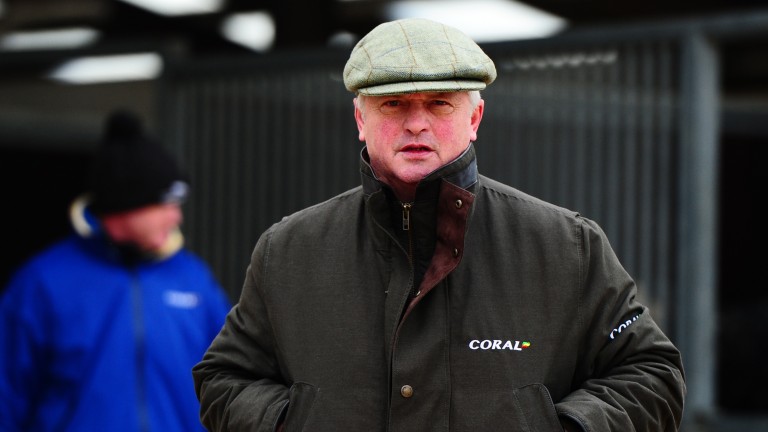 Alary, the highly rated ex-French chaser who has yet to complete a race since moving to Britain, is back in the Cheltenham Festival picture with the new goal of the Ryanair Chase.

The seven-year-old, bought to race for Ann and Alan Potts after being narrowly beaten by Milord Thomas in the Grade 1 Prix la Haye Jousselin in November, joined Colin Tizzard to be trained for the Timico Cheltenham Gold Cup.

However, he was pulled up on his debut in the Peter Marsh Chase at Haydock won by Bristol De Mai, and fell three out when taking on Tea For Two in a graduation chase at Exeter this month.

He scoped dirty and coughed after his Haydock run, but Tizzard said he had recovered well from his fall and could need a shorter trip in Britain than the three miles-plus he competed over in France. 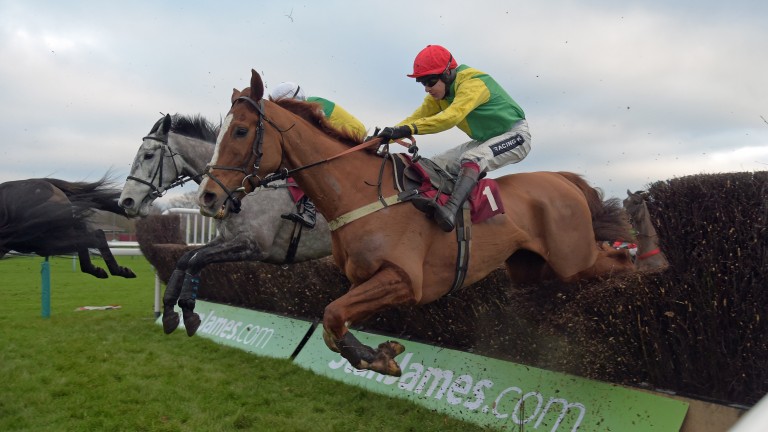 Alary: has disappointed in two runs for Colin Tizzard

"I saw him on the gallops this morning and he looks beautiful now. When he first came he wasn't as healthy as he could have been. I don't think it was a French bug, I think he caught ours. That's why he flattened out first time.

"I think he's a live player. We jumped him this week and he never worried he'd had a fall, he was straight up over, arched his back and landed 15 foot over the other side."

Alary will be one of a number of runners Tizzard will have for the Potts at the festival after they teamed up for the first time this season, including Fox Norton and Finian's Oscar.

Tizzard said they first met after the trainer had inadvertently obscured Alan Potts's view when he was watching a race on the television in the owners' and trainers' bar at Cheltenham. The next time they met they had a drink together.

"Then he rang me up in the middle of August when Colm Murphy decided to retire and offered me 15 horses," said Tizzard. "No one else has ever done that, and then he's gone and bought Fox Norton, Finian's Oscar and Alary."

Another Potts horse, Sizing Codelco, is one of potentially eight Tizzard handicappers who deliberately have not been run since Christmas to be at their best for the festival.