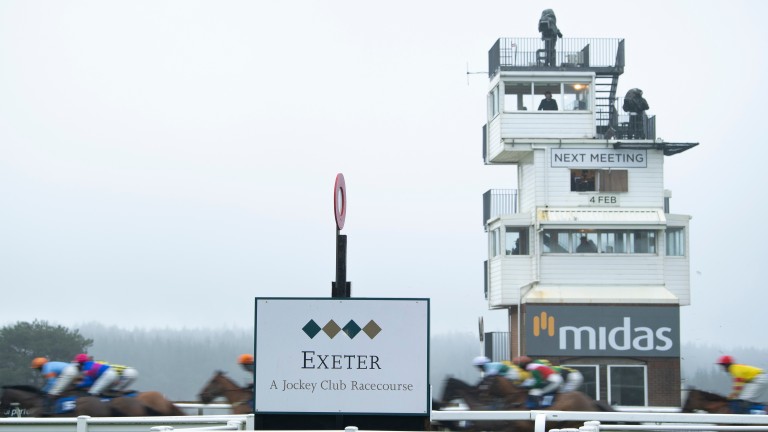 Jockey Alain Cawley was given a 14-day ban and trainer Johnny Farrelly hit with a £3,000 fine after raceday stewards at Exeter found Whistleinthedark to be a non-trier in the first race on Friday.

The six-year-old finished a 14-and-a-quarter-length fourth in the 2m2½f novice hurdle, won by odds-on shot Striking A Pose. He was held up throughout the race and kept on steadily after making headway four out.

The horse, whom Cawley reported might have had a breathing problem, was twice examined by a vet and the second check, an hour after the race, revealed the gelding to have a haematoma on his knee.

Officials, however, deemed the 14-1 shot was not asked for a "timely, real and substantial effort", so dished out their punishments, which included suspending Whistleinthedark from running for 40 days.

The stewards' report read: "An inquiry was held into the running and riding of Whistleinthedark, ridden by Alain Cawley and trained by Johnny Farrelly, which was held up at the rear of the field while racing keenly until making progress leaving the back straight, before staying on under apparent tender handling in the home straight to finish fourth, beaten by 14-and-a-quarter lengths. 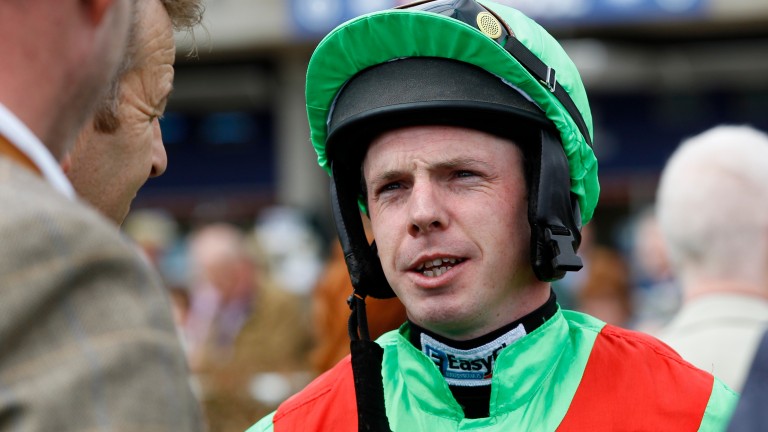 "The rider was interviewed and shown recordings of the race and the trainer was interviewed by telephone. The veterinary officer reported that an initial post-race examination of the gelding, during routine testing, failed to reveal any abnormalities but a second examination one hour later revealed Whistleinthedark to have a haematoma on its left-fore knee, though the gelding had full flexion.

Novicey jumping on occasions, took keen hold, held up in last, steady headway before 4 out, tenderly handled and kept on steadily from 2 out, went fourth inside final 110yds, never near to challenge

"He added that shortly after jumping off towards the rear, the gelding had raced very keenly and had not jumped the first two hurdles fluently and, despite jumping the third hurdle better, Whistleinthedark was still running keenly, which concerned the rider as he was conscious if this continued the gelding would not be able to finish its race.

"He further added that he was still keen running down the hill but Whistleinthedark had made a noise when jumping the final hurdle in the back straight, which got progressively worse as the race progressed and in the circumstances he had ridden the gelding to obtain the best possible position.

"The trainer confirmed the instructions and stated that he was satisfied the ride accorded with those instructions. Cawley was suspended for 14 days and Farrelly was fined £3,000 for schooling and conditioning the horse on the racecourse in that Cawley had failed to ride his mount in such a way that he could be seen to ask for timely, real and substantial effort to obtain the best possible placing. Whistleinthedark was suspended from running in any race for 40 days."

If you want more from the racecourse . . .

FIRST PUBLISHED 5:23PM, FEB 26 2021
Officials, however, deemed the 14-1 shot was not asked for a "timely, real and substantial effort", so dished out their punishments