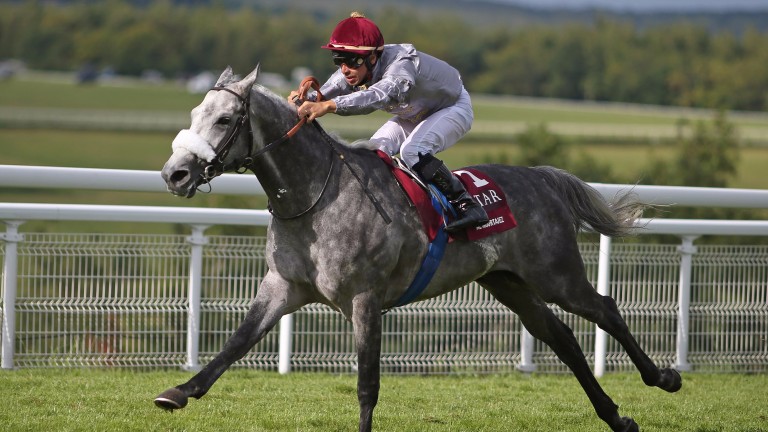 The richest event in Arab racing looks at the mercy of the horse regarded as the best many have seen when it takes place in Abu Dhabi on Sunday.

Glorious Goodwood racegoers are among those to have witnessed the power of Al Mourtajez, who dominates the betting in the $1.2 million Sheikh Zayed bin Sultan Al Nahyan Jewel Crown at the Abu Dhabi Equestrian Club even more following an encouraging draw in stall five.

The Al Shaqab-owned favourite is 11lb clear on ratings and even Jean-Bernard Eyquem, who rode Almanzor to win the French Derby in June, would take comfort from second place on his mount Sylvine Al Maury, winner of seven of her last nine starts.

When Al Mourtajez won Goodwood’s Qatar International Stakes by eight lengths in July it was his seventh Group 1 win and first leg in the Doha Triple Crown. He added leg two on Arc day in Chantilly leaving HH The Emir’s Sword in Qatar in February the remaining obstacle to a $1m bonus.

Thomas Fourcy, who trains Al Mourtajez in France, said: “Stall five is ideal, the horse is good and we’re happy to be here.”

In the preceding race, Britain’s Alice Mills and Nora Looby from Ireland ride in the 15-runner HH Skeikha Fatima Bint Mubarak Ladies World Championship over about a mile.