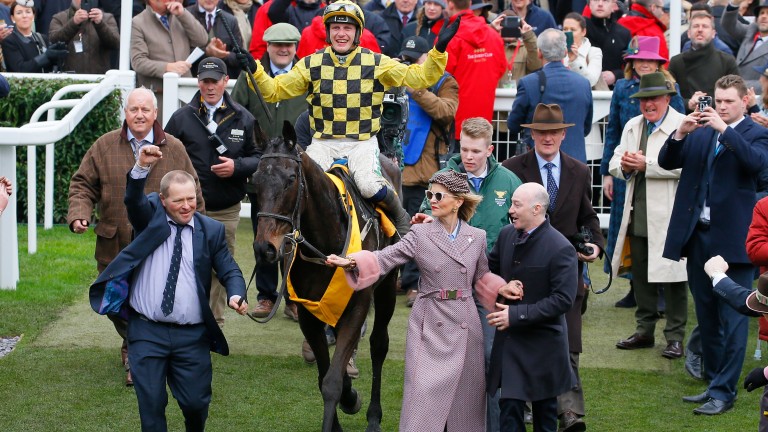 Al Boum Photo and Paul Townend are led into the winner's enclosure after winning the Gold Cup
Mark Cranham
1 of 1
By Richard Forristal UPDATED 7:37PM, MAR 15 2019

Twenty years after Florida Pearl failed to carry the burden of favouritism in the 1999 Gold Cup, Willie Mullins finally claimed one of the last remaining outposts on his CV when Al Boum Photo stormed up the hill for a pulsating triumph under Paul Townend.

Cruelly, six times since 1999 Mullins had returned to his corner with the runner-up medal. Beaten, for sure, but this man is never quite defeated.

Still, when On His Own was denied a short head by Lord Windermere so controversially in 2014, it began to feel like the Cheltenham Festival’s most successful handler was mastering the art of failing better.

And when three of his four runners were left out of contention on the first circuit here, he’d have been forgiven for wondering if he might never emulate his late father Paddy’s fabled 1986 victory with Dawn Run.

Kemboy unseated David Mullins at the first fence, and Ruby Walsh pulled up Bellshill at the top of the hill after he had blundered his chance away.

Then Invitation Only crashed out at the tenth fence with a circuit to go. In a heavy fall that sadly left him fatally injured, he also brought down Definitly Red. 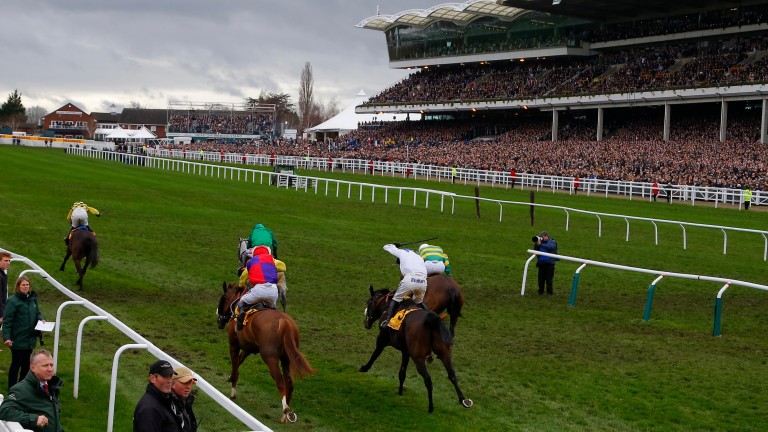 Al Boum Photo asserts on the run-in as he lands the Gold Cup
Mark Cranham (racingpost.com/photos)

Al Boum Photo was the last of Mullins' warriors left standing, and he seized the initiative under Townend to bound to a hugely popular success.

“It’s fantastic,” Mullins admitted coolly. “Paul seemed so relaxed. He had the horse in a rhythm, galloping away, and at the top of the hill when he wanted a jump, the horse gave it to him. I thought he’d plenty left then, although I didn’t know how much.”

This time, mercifully for Mullins, there was enough in reserve. It was also a deserved reward for the winner's owner Joe Donnelly and his wife Marie, whose Melon has been second in successive Champion Hurdles.

"It’s very exciting," Donnelly said, although he was a picture of calm. "And it's great because it’s Willie's first. I knew he was a very good horse always, because Willie said he was one horse he really liked, but you’re never confident in racing."

“The early defeats were probably disappointing,” Mullins admitted of his six near-misses, “but you probably get used to it. I’d probably resigned myself to maybe never winning a Gold Cup so I said I wasn’t going to obsess about it.

"Sometimes trainers train certain types of horses a certain way and maybe my way wasn’t the Gold Cup way, even though we were so close. I just thought maybe it wasn’t to be.” 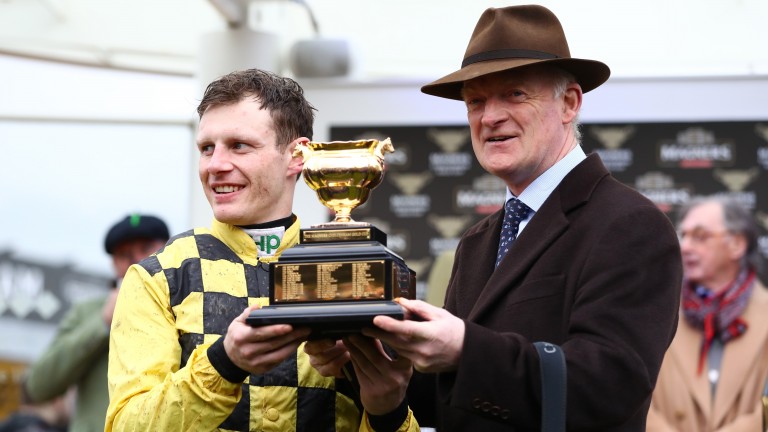 Ahead of the event, all the talk was of an Irish challenger who played a pivotal role in last year’s RSA Chase, one whose preparation was described as unconventional due to the unusually dry winter restricting him to a single run.

So it proved, except it wasn’t Presenting Percy who stepped up. Davy Russell’s mount never jumped or travelled fluently before trailing home in eighth, beating only Shattered Love.

Al Boum Photo’s significant role in the 2018 RSA was that his fall two out left Ruby Walsh with a freshly broken leg, and his only run of the campaign came on New Year’s Day at Tramore, an unlikely seaside destination for a Gold Cup contender.

He impressed many that day, but Walsh eschewed him for Bellshill here. Walsh has previous experience of being on the wrong one in a Gold Cup after remaining loyal to Kauto Star over Denman in 2008, but you sensed this pill was a mite less bitter to swallow.

Indeed, he was quick to note how pleased he was for Townend, who lost his mother to cancer shortly before he joined Mullins' yard as a 15-year-old.

“I had it down to him and Bellshill, but I just didn’t think we’d get the rain we got this morning. That helped him,” Walsh said.

“Paul is a great fella to work with and I’m delighted for him and his sisters Caroline and Jodie and their father Tim. They haven’t always had it easy and they are a great unit.”

At last year’s Punchestown festival, a deeply uncharacteristic brain fade by Townend saw him steer Al Boum Photo through the wing of the final fence.

For someone defined by his reliability, it was a startling blunder, but he duly showed his true colours by bouncing back with a treble the very next day. Townend also now leads the jockeys' championship in Ireland as he chases a second title, so his response to adversity has been edifying.

“I can’t believe it,” he said as the magnitude of it all sank in. “I'm so grateful to Willie and the owners for sticking by me. From the time I was an apprentice, Willie has supported me and I'm just so grateful to give him his first Gold Cup.”

Townend had settled Al Boum Photo at the rear early on and gradually eased him into contention around the middle of the course.

Like last year, Native River and Might Bite exchanged blows for much of the way, but Townend ghosted on to Native River’s shoulder turning for home.

Bristol De Mai was bang there on the outside and plugged on gamely for third, as Anibale Fly again finished powerfully to be second, with Clan Des Obeaux fading into fifth, just behind Native River.

Al Boum Photo clipped the top of the second-last and had a brief wobble. However, he flew the final fence and eventually drew clear.

It was a thoroughly comprehensive performance that prompted Paddy Power to install him as low as 6-1 to repeat the feat in a year’s time. Mullins, though, was happy to think no further than the night that lay ahead.

“When Dawn Run won it I don’t think I got home for two days so I don’t know what’s going to happen after this,” he quipped.

“It’s nice to have a Gold Cup finally. Between Ascot, here and Melbourne we’ve hit the board a few times so at least we've won now. I’m very proud for the whole yard, and all of my owners who give huge commitment to our yard. It’s a victory for their support as well.”

FIRST PUBLISHED 7:13PM, MAR 15 2019
Between Ascot, here and Melbourne we?ve hit the board a few times so at least we have won now. I?m very proud for the whole yard

Dynamite night for McNamara as Jazzaway leads Mullins charge in feature How a ping-pong rout told me everything about the extraordinary Patrick Mullins Fan De Blues follows in some famous hoofprints to win Grade 3 novice chase 'She'll be a big player in the Cesarewitch' - five who caught the eye at Galway Racing greats gather together for charity bike ride in memory of Pat Smullen 'It's incredible to think I've won it twice' - can Patrick Mullins do it again?