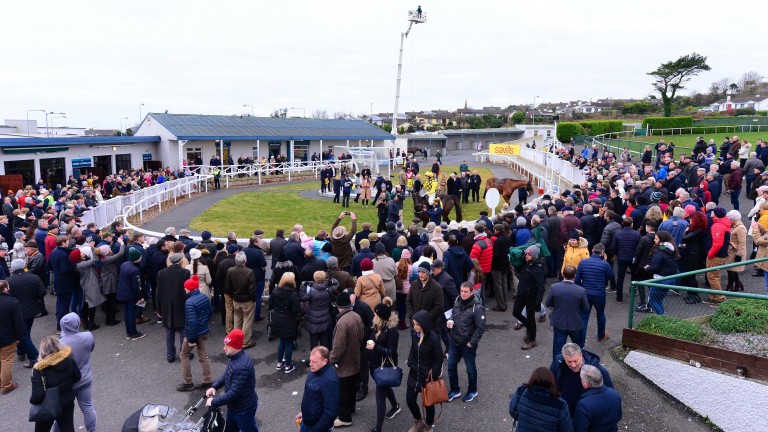 Willie Mullins has admitted Al Boum Photo faces a tougher task than is traditionally the case at Tramore on New Year's Day as the dual Cheltenham Gold Cup winner must give 11lb to Monalee.

After Irish-trained horses were banned from running in Britain over the festive period due to the Covid-19 crisis, Monalee had to miss the King George VI Chase at Kempton.

Henry de Bromhead has rerouted him to the Savills New Year's Day Chase on Friday where he will have to carry only 11st 3lb compared to Al Boum Photo's 12st.

Monalee, who was only beaten a length and three-quarters into fourth in last season's Gold Cup, is officially rated 170 and that is only 5lb inferior to Al Boum Photo so the stage should be set for a cracking showdown between the pair.

Mullins said: "We're very happy with Al Boum Photo and he's all set for Tramore. The one thing I would say is that it looks a tougher race this year than the last two years, with Monalee in it and we have to give him weight. It's going to be a tough contest but he's fit and well.

"He's in great shape and the race has worked out very well for him for the last two years so hopefully it works out that way again, but it won't be easy."

Al Boum Photo was 4-7 when winning the race easily by six lengths from stablemate Acapella Bourgeois last year. There were only three rivals 12 months ago, though, and he looks set to face more quality this time around.

Monalee was last seen finishing third to Presenting Percy at Thurles in November, but he was only two and a quarter lengths behind Kemboy, and tends to need his first run of the season.

Stablemate Minella Indo is also entered in the race, but it is hard to envisage him appearing so quickly after his uncharacteristic early fall in the Savills Chase at Leopardstown on Monday.

Notebooks out: five horses who could get the new year off to a flier

FIRST PUBLISHED 7:00PM, DEC 29 2020
The one thing I would say is that it looks a tougher race this year than the last two years