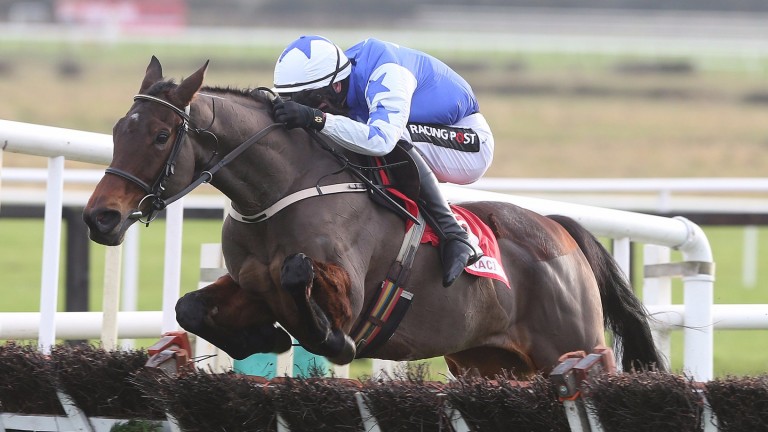 The bizarre nature of Airlie Beach's triumph in the Grade 1 Royal Bond Novice Hurdle at Fairyhouse yesterday does not end with the fact this is a mare who was winning her bumper, maiden and novice hurdles during the summer at Kilbeggan and has improved out of all reckoning.

Unusually, the six-year-old daughter of Shantou already has a foal at foot.

In 2011, Mullins' main buyer Harold Kirk snapped up Miguel Angel and let the son of Enrique out into a field of mares that included Airlie Beach.

Miguel Angel, was believed to be gelded at the time, but as it transpired he was still very much entire.

At some point during the spring of his two-year-old season he managed to impregnate Airlie Beach, who at the time would also have been shy of her actual second birthday.

That foal started out life with a pretty inauspicious future but following the Grade 1 win of his dam yesterday, there are sure to be plenty of eyes on him if and when he makes the track.

Speaking to the Racing Post earlier this summer and before Airlie Beach became famous, Patrick Mullins revealed that getting the offspring of the two unlikely parents would be goal for his father.

He said: "It is next year's project for Willie - to get him to win at some point to complete the family hat-trick."

FIRST PUBLISHED 5:40PM, DEC 4 2016
It is next year's project for Willie - to get him to win at some point to complete the family hat-trick