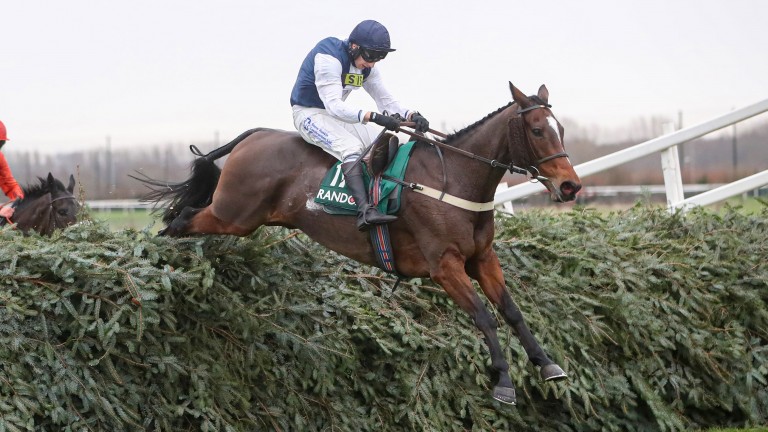 Walk In The Mill is the first back-to-back winner of the Becher Chase
John Grossick (racingpost.com/photos)
1 of 1
By David Carr UPDATED 4:27PM, DEC 7 2019

There is nothing to beat the Grand National course, whether you are a chaser with a penchant for the unique fences or a high-powered businesswoman and member of the House of Lords.

Last season's National fourth Walk In The Mill is clearly cut from the same cloth as Red Rum, a horse who really comes alive when facing Becher's Brook, the Chair and the rest.

The Robert Walford-trained chaser gave Baroness Harding an extraordinary thrill when landing the Becher Chase last year and had the former chief executive of TalkTalk shouting with joy once again as he became the first back-to-back winner of the £150,000 race.

The owner was put through the wringer this time as her pride and joy was nearly brought down at the first fence but recovered to score by more than two lengths under James Best. She said: "There's nothing in my life that beats the thrill of racing and never will be, whether you've got £2 each-way riding on it or, like me, it feels like my whole life. Days like this make it all worthwhile." 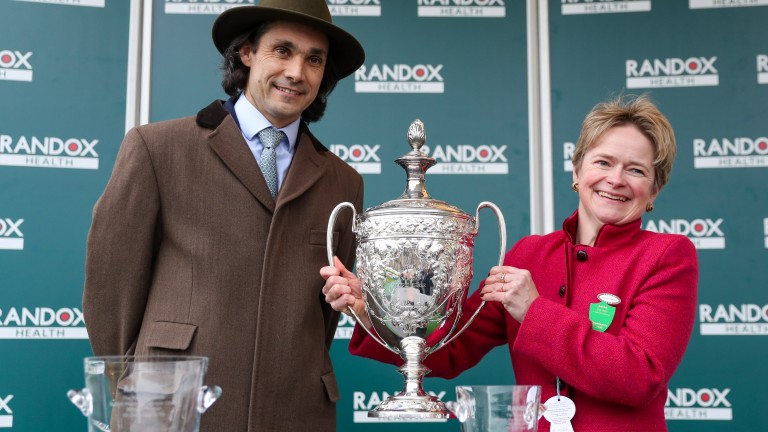 Baroness Harding is thrilled to lift the trophy for the second year in a row
John Grossick (racingpost.com/photos)

Harding, an accomplished former amateur jockey who rode her own Cool Dawn before and after his Cheltenham Gold Cup triumph, said: "He makes us work for it. It's so much harder to watch it than to do it yourself.

"James rides him so well. I hate to admit it but he needs a proper, strong, professional bloke riding him, as much as I'd like to think I could do it!

"After the Melling Road you're thinking 'he's going to do it again' then after the last I thought 'he's going to get beaten!'. Why do we do this? It's a rollercoaster!"

"He just absolutely loves it here, he's a different horse when faced with these obstacles. Robert has done the most fantastic job training him. He's not straightforward to train, he has dreadful feet. At Ascot five weeks ago we declared him on the Friday morning, trotted him up in the afternoon and he was hopping lame."

Walford, whose decision to apply first-time cheekpieces to Walk In The Mill after he was pulled up at Wincanton on his seasonal return was clearly a masterstroke, had sent out the first winner in six weeks from his 25-horse Dorset yard only on Friday. 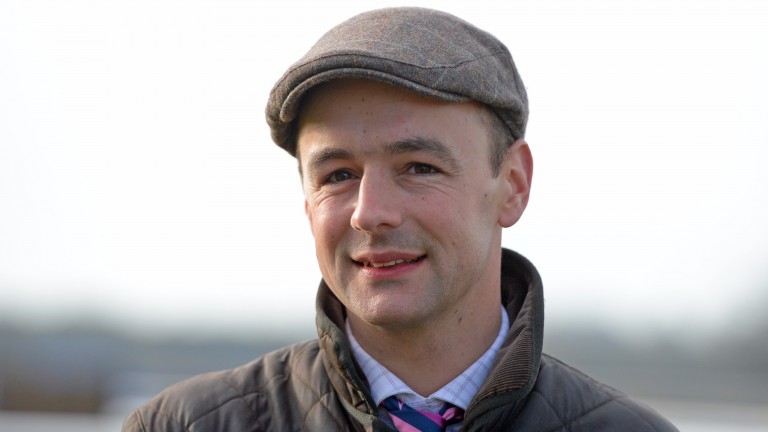 Robert Walford: applied first-time cheekpieces to Walk In The Mill

"I'm never very confident and until yesterday we'd been really struggling," he said. "We'd been hitting the paintwork endlessly but not really able to train winners.

"For a little yard it's great to have a horse like him."

Walk In The Mill is set for another crack at the National and Best hopes he can improve on last year's effort.

"He ran such a good race in the National last year and in this game you've got to dream," the jockey said. "I hope he'll be there with a fighting chance in April."

Tom Lacey was delighted with runner-up Kimberlite Candy, and said: "Richie McLernon said he jumped the fences well and it was a hell of a run. He's a relatively young horse and goes well fresh."

Definitly Red is National-bound after his fourth under Henry Brooke, who said: "All roads lead to April now. He races a bit lazily through his races. His jumping kept him in it and he was doing his best work at the end."

FIRST PUBLISHED 1:49PM, DEC 7 2019
He just absolutely loves it here, he's a different horse when faced with these obstacles