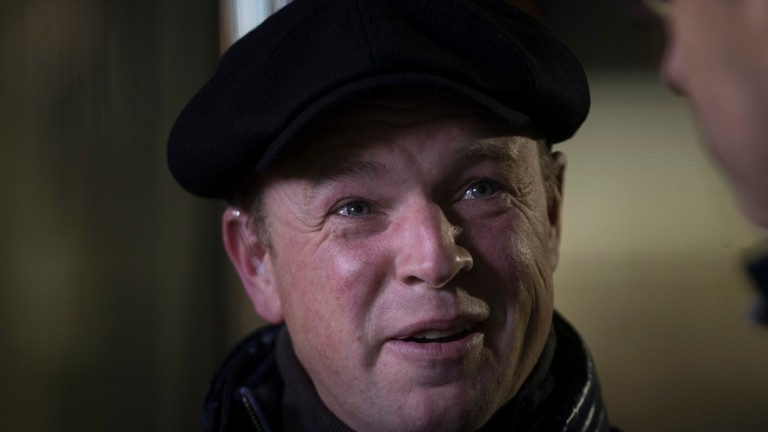 Kevin O'Ryan: "I owe that man a lot. Not only was he brilliant for my career as a jockey?s agent but he also introduced me to my wife Angela"
Patrick McCann
1 of 1
By Brian Sheerin UPDATED 9:23AM, MAY 8 2019

Few people know Pat Smullen – who announced his retirement on Tuesday – better than Kevin O'Ryan, who has managed his nine-time champion jockey brother-in-law for the majority of his career. Here O'Ryan pays tribute to Smullen, a model professional, as well as providing a raw account of the emotion that surrounding the retirement of one of the best Flat jockeys Ireland has ever produced.

I’ll never forget the day Pat broke the news about his diagnosis [of pancreatic cancer] to me. Pat’s wife Frances had been in contact with my own wife Angela – her sister – and they’d been talking on the phone so I knew the story and knew that things weren’t good.

Next thing, my own phone rings and it’s Pat. I’m there looking at the phone and there’s a couple of seconds where I’m thinking to myself, ‘what am I going to say to this man’, and then I answer.

It wasn’t long before the two of us got a bit emotional but what really sticks out in my memory was how quickly Pat got it all out of his system and changed his mindset on the whole thing.

His exact words to me on the phone that day were, 'now, that’s that over with. I want everybody around me to be positive going forwards’, and that’s exactly how he’s conducted himself throughout the whole thing, and to be honest, it’s his mental toughness that’s served him so well through it all. He’s an inspiration to all.

We first met back in Dermot Weld’s over 20 years ago. Pat was already there a year before I arrived. He was stable jockey and I went in as stable amateur. We just clicked straight away and have been great friends ever since.

I owe that man a lot. Not only was he brilliant for my career as a jockey’s agent but he also introduced me to my wife Angela. That’s typical Pat. He’s always trying to help people, be it young riders coming through or trainers wondering where to run their horses – he is always there to encourage or give advice.

Pat was on to me for a good while to be his agent before I took him up on the offer. For me, starting out with someone like Pat Smullen was huge. Nobody said no to Pat Smullen and, to be fair to him, he treated the trainer who had one horse the very same as a trainer who had 200 horses.

We had some great days together with horses like Vinnie Roe, Grey Swallow, Harzand and Covert Love, as well as eight championships, some of which were terrific battles that went all the way to the line.

The two of us could get thick, but we never fell out, and I can honestly say I’ve never met someone as dedicated and professional as him. He was exemplary the way he conducted himself and he is a fantastic role model for young riders coming through.

The way he’s dealt with adversity and fought through his illness, both mentally and physically, is a testament to the man he is.

His toughness was one of his leading attributes in the saddle and he's showed great mental and physical toughness off the track throughout the last year.

I’m proud to call him one of my closest friends and I’ve no doubt he’ll be a huge asset to racing in whatever capacity he chooses to turn his hand to next.

FIRST PUBLISHED 9:20AM, MAY 8 2019
It wasn?t long before the two of us got a bit emotional but what really sticks out in my memory was how quickly Pat got it all out of his system