Age just a number for Keighley star Any Currency 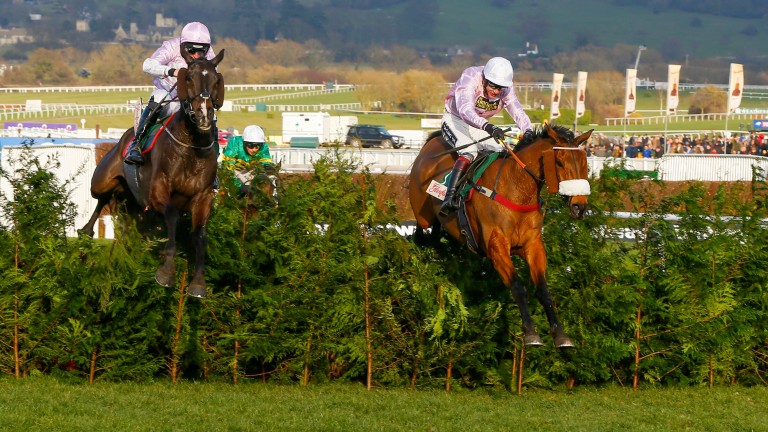 January 1 marks the birthday for all racehorses great and small, but age is proving no stumbling block for Any Currency, who makes his 18th start at Cheltenham as a 14-year-old on Sunday.

Martin Keighley’s stable star, who finished first past the post in last season's cross-country chase at the festival before being disqualified following a positive test, tackles regulation fences in the 3m2½f handicap chase (12.50).

His campaign revolves around a return bid for the cross-country feature in March, for which he is a general 12-1 chance, and Keighley said the veteran chaser is “very fresh and well”.

He said: “We were going to wait for trials day to run him in the rescheduled cross-country chase but he’s in really good form so we thought we’d get a run into him. He’s not as effective over the normal fences but could still run well.

“He’s been such a star for us over the years and still shows all the same enthusiasm – you wouldn’t believe he's turning 14. The season is all about the cross-country chase in March and, with Josies Orders out, he should go there with a good chance.”

Recent form figures of FBUF tell only half the story for the Nigel Twiston-Davies-trained Cogry, previously described by his trainer as “the unluckiest horse in Britain”, who returns over the smaller obstacles under Willy Twiston-Davies in the 2m7½f handicap hurdle (2.35).

The trainer said: “It’s about time his luck took a turn for the better! It made sense to run him back over hurdles and he should have a chance.”

Harry Fry, who also reverts topweight Whataknight to hurdles in Cogry's race, is represented in the opening Listed 2m4f novice hurdle (12.15), previously won by Gold Cup scorer Bobs Worth, by new recruit Steel Bob – a 12-length winner of a bumper at Kilbeggan in September.

Fry said: "We're happy with what he’s been showing us at home but as he's new to the yard we're not too sure what to expect. We've slightly thrown him in at the deep end and hope for the best."

Nearly 15 years have passed since John Berry enjoyed a JCB Triumph Hurdle third with Diamond Joshua and the Newmarket trainer returns to Cheltenham with 80-1 debut bumper winner White Valiant in the Listed bumper (3.40).

The three-year-old son of Youmzain, a half-brother to yard favourite Roy Rocket, will be partnered by Davy Russell, described by the trainer as "the king of the jockeys".

Berry said: “It’s an honour to have a runner at Cheltenham and he deserves to take his chance. We know it’s likely to be a lot tougher. We’re hoping for the best but expecting nothing.

“It would have been a surprise if he hadn’t run well at Huntingdon, but even now it’s hard to know what the form amounts to."

Clerk of the course Simon Claisse expects to ease the going to good to soft – it was described as good on Saturday – if the predicted 5-6mm of rain overnight arrives.

FIRST PUBLISHED 6:00PM, DEC 31 2016
He’s been such a star for us over the years and still shows all the same enthusiasm – you wouldn’t believe he's turning 14