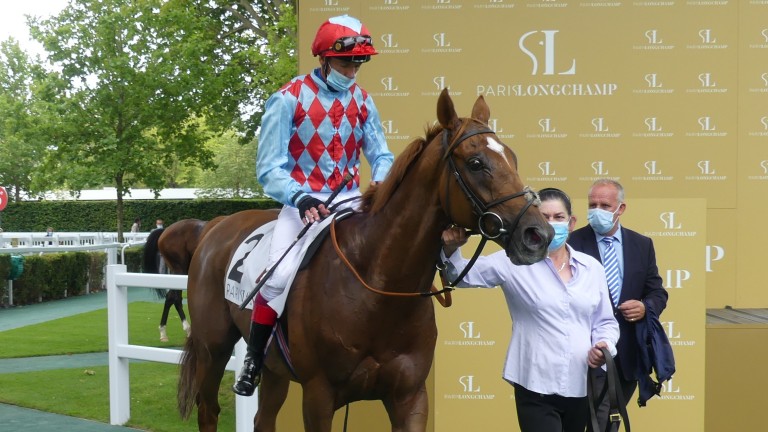 Red Verdon and Frankie Dettori return to the winner's enclosure after scoring in the Prix Maurice de Nieuil at Longchamp
Racing Post/Scott Burton
1 of 1
By Scott Burton 6:22PM, JUL 14 2020

The admirable Red Verdon has been enjoying himself of late and, with an equally experienced partner in Frankie Dettori, struck another Group race success in the Prix Maurice de Nieuil.

Their paths had never crossed before Tuesday's Bastille Day meeting at Longchamp but the pair clicked instantly to land the Group 2 and strike a blow for experience.

"Frankie was fantastic," said winning trainer Ed Dunlop after Dettori had guided the seven-year-old to a comfortable length-and-a-quarter defeat of Called To The Bar. "It turned into a tactical race with not much speed and we know he can quicken, even at the age of seven. He did that at Doncaster and we must not forget he's been placed in Group 1s.

"It's great to see him back dancing at the top table and I'm thrilled for the horse and my team. Credit to them, it's been a while since we’ve had a decent winner like that.

"Much more importantly for his owner Mr Arculli, who has been the most fantastic supporter of ours and always takes the brave route."

Dettori took in the ride on his way back from the Derby Italiano meeting and rarely had a moment's worry on the shoulder of the front-running Holdthasigreen.

He said: "We went slow but Ed said he's got a kick for a stayer and after being the first one to commit, I never saw anyone else."

This season's Newmarket Stakes continues to be the gift that keeps on giving and Volkan Star again advertised the depth of talent in behind French Derby winner Mishriff when holding off Ketil for an all-the-way success under William Buick in the Prix du Lys. 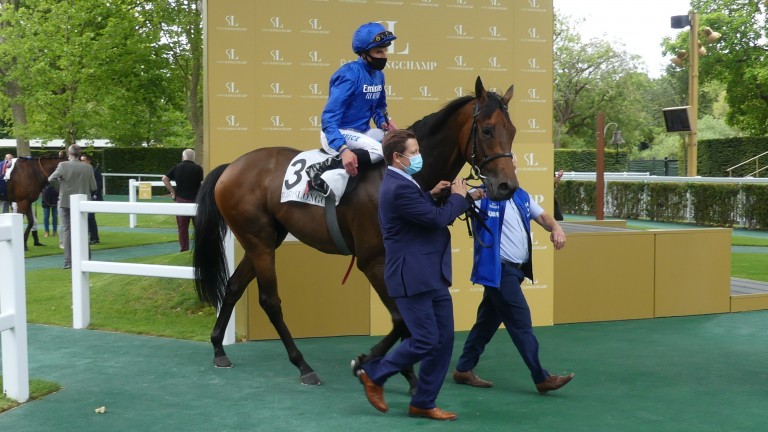 Fresh from their three-timer at Deauville on Sunday, Buick and  Charlie Appleby wasted no time in registering another victory, the trainer's fifth Pattern win in France since foreign runners were readmitted a month ago.

"I'm delighted I brought him over here and we gelded him for a reason as he didn't quite have his mind on the job," said Appleby. "He's turned inside out and I was keen to bring him over here to educate him for a little bit further down the line.

"I questioned William whether we should step him up in trip but he said to stick to the mile and a half for now. We can set our sights a little bit higher at that trip."

Vaucelles has Vermeille in view

David Simcock narrowly missed out on making it a Group race clean sweep for the visitors when Oriental Mystique was run down by Vaucelles in the final strides of the Prix de Malleret, in a race which may have highlighted two smart fillies given the two and a half lengths back to their nearest pursuers. 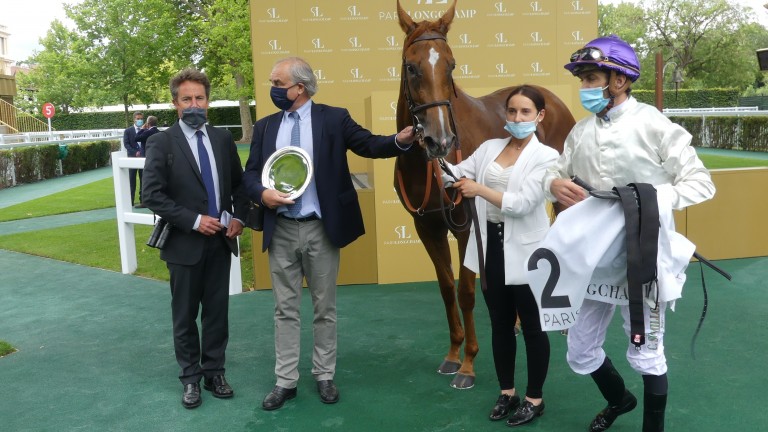 Vaucelles was making only her third start and trainer Pascal Bary anticipates there is more to come from the daughter of Le Havre.

"She handled the step up in trip be she also ran very well over 2,000 metres [a mile and a quarter] in the Saint-Alary, where she was beaten a neck for third," said Bary. "We skipped the Prix de Diane in order to take our chance here and we have been repaid.

"She will go for the Vermeille but before that she will have a break after running three times in six weeks. I was pleased with her turn of foot."

Oriental Mystique is the daughter of Madame Chiang, who Simcock trained to land the 2014 British Champions Fillies and Mares Stakes for owner/breeder Kirsten Rausing.

Mickael Barzalona moved up exiting the false straight and looked to have earned a decisive break on his rivals before being reeled in by Vaucelles.

"It's frustrating to be beaten but at the same time she's run very well," said Simcock. "All credit that my filly showed that much speed but take nothing away from the winner, she picked up well. I don't think it was a bad race.

"It would be nice to find a stakes race to win and go from there, if it all clicked into place we might come back for the Vermeille but we’ll see." 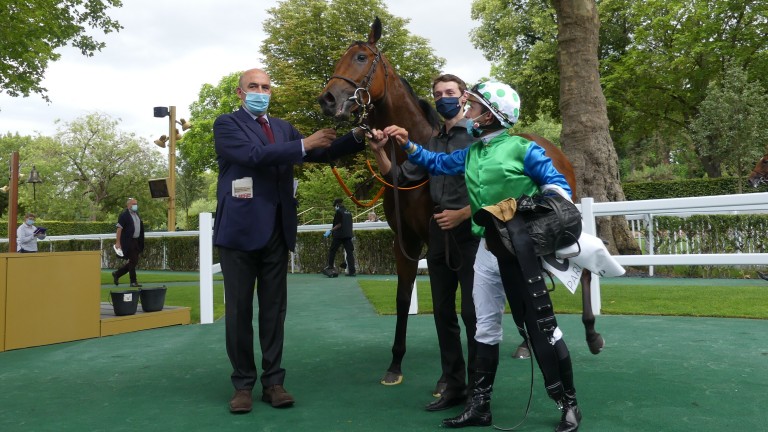 Memories of Alleged and Detroit were stirred among Longchamp patrons of a certain vintage as Sam Sangster's King's Harlequin broke her maiden in some style in the Listed Prix Roland de Chambure under Stephane Pasquier, seven days after getting no luck in running at Clairefontaine.

Winning trainer Nicolas Clement said: "My father [Miguel] trained for Robert Sangster and his son Sam now has the colours. I've felt for a while this is a good filly and she didn't have the ideal trip last time. She came out of the race well and sometimes you have to take the risk."

FIRST PUBLISHED 6:22PM, JUL 14 2020
It's great to see him back dancing at the top table and I'm thrilled for the horse and my team