After three years in a field veteran Gifted Heir is back 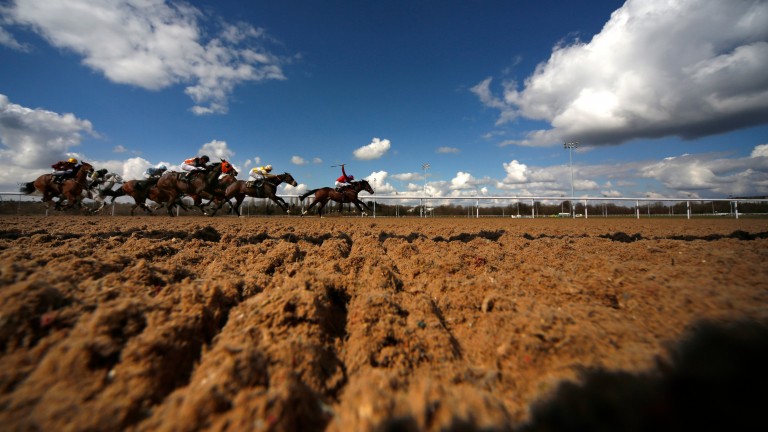 Hayley Turner may be the queen of the comeback, but Gifted Heir is the king. At Wolverhampton on Friday, in the Renault All New Kadjar Handicap at 3.50pm, he returns from 1,093 days off the track. It is the second time the 13-year-old has come back from more than two years off.

He has spent the vast majority of his time since his last run, almost exactly three years ago on August 14, 2014, turned out in a field getting over a bout of persistent seedy toe – when the hoof wall separates from the sensitive laminae – and a number of other little niggles.

Now 13, Gifted Heir is back and ready to add to his 57 career starts. There is even hope he could add to his three career wins – although as he was rated 45 before his spell on the sidelines, his official drop to 26 still means he has to in effect compete off his old mark in handicaps.

And this is not Gifted Heir's first comeback. From December 2009 to February 2012 he did not race, he merely switched yards from Alan Bailey's to Ray Peacock's in Worcestershire. He ran 12 times for Peacock before his second lengthy spell on the sidelines.

"He had several things wrong with him and we couldn't get him right, he was dull in his coat and he had problems with his feet which eventually turned into seedy toe," explained Peacock. "That took a long while for him to get over as he had all sorts of complications with it but he is back now. He's had some time in the field and some good grass which has helped.

"He's well in himself, he looks a picture now, so we thought we'd give him a run and see where he is. He should run tidily and give the lad a good ride, but just a good run would do. It's quite a tidy race in it's own way. I hope he'll come on from that. He's a lovely little horse and hopefully we can find something for him."