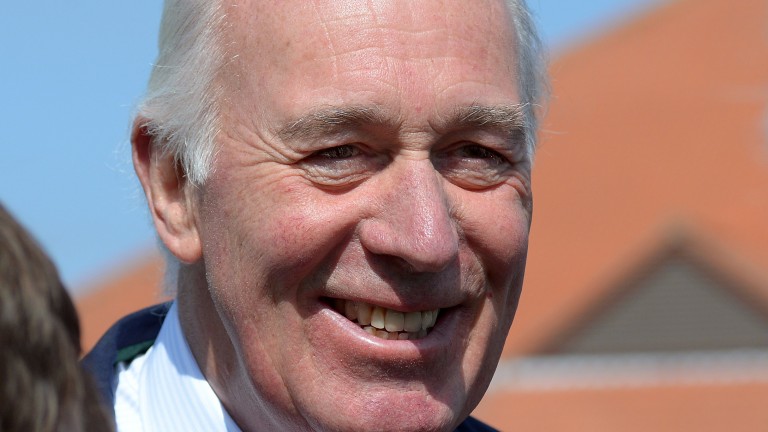 Martyn Meade was left toasting a "fairytale" first success at the highest level as Aclaim tenaciously won the Prix de la Foret to complete a remarkable clean sweep of the six Group 1s on the card for British- and Irish-trained horses.

It is the first time the visitors have been responsible for all six Group 1 winners on Arc day, and the victory capped a magnificent weekend for Meade, who sent out 50-1 shot Dolphin Vista to win the Cambridgeshire at Newmarket on Saturday.

Securing a Group 1 triumph had been Aclaim's season-long objective and he was sent off 5-2 favourite under 2014 champion apprentice Oisin Murphy, who was also gaining his first win at the top level.

Aclaim was briefly short of room at a crucial stage but he quickened well when in the clear and stuck his head down to register a three-quarter length win over fellow British raider So Beloved.

"Doesn't he really try, he reduces me to tears," exclaimed a delighted Meade. "He had every opportunity but then it was difficult and he just fought like a real warrior. He's a proper warrior and I love him to bits.

"He comes to his best at this time of year and he loves this soft ground. He copes with it, battles through it."

On the importance of a breakthrough Group 1 win, secured on Arc day at a stunning course such as Chantilly, Meade said: "It's a beautiful place to do it – it's just so exciting. It's particularly significant because it's a family affair as far as we're concerned. My son-in-law [Dermot Farrington] bred him. It's an absolute fairytale."

THE BRITISH AND IRISH CLEAN SWEEP

Sunday was not the first time French-trained horses had drawn a blank in the Group 1s on Arc day, for it also happened in 1985 – although there were only three of them: the Marcel Boussac (won by Midway Lady), Abbaye (Committed) and Arc (Rainbow Quest). They didn't win the Opera either, but it was only a Group 2 then.

The French also lost the Foret (Brocade) that year but won the Grand Criterium, now run as the Lagardere. However, those two races were run later in October.
John Randall

Not only was the Foret a sixth winner on the card for the British and Irish representatives but it was also a third one-two, with the David O'Meara-trained So Beloved finishing strongly to bag the runner-up spot.

So Beloved had finished only fourth in a conditions stakes at Haydock last month but O'Meara was not surprised to see such a bold effort.

He said: "Danny [Tudhope] said he was a bit tightened up by the horse outside him. When he got free he finished strongly.

"It's not a surprise to see him run that well. The race looked very similar to the Lennox, where he finished fifth beaten only a length and a half, having never come off the bridle without getting a run. He's a really talented horse."

Gallant front-runner Karar fared best of the home team in third, just a short head behind So Beloved, and trainer Francis Graffard said: "I thought he looked sure to get swamped but halfway up the straight he took off again and I knew he wouldn't crack.

"It was a great run. We'll carry on trying to win a Group 1 with him. Perhaps he can do it at Longchamp!"

Date set as Dragon Symbol team appeal against Royal Ascot reverse 'I didn't say that. He's wrong' - Dettori counters Murphy best-horse claim A day when two big decisions had to be made - officials at Ascot got both right Did the stewards get it right in the Commonwealth Cup? Experts have their say 'Oisin's horse drifted about eight lanes' - Commonwealth Cup result reversed Frankie Dettori swoops for Lone Eagle ride as he seeks another Classic success