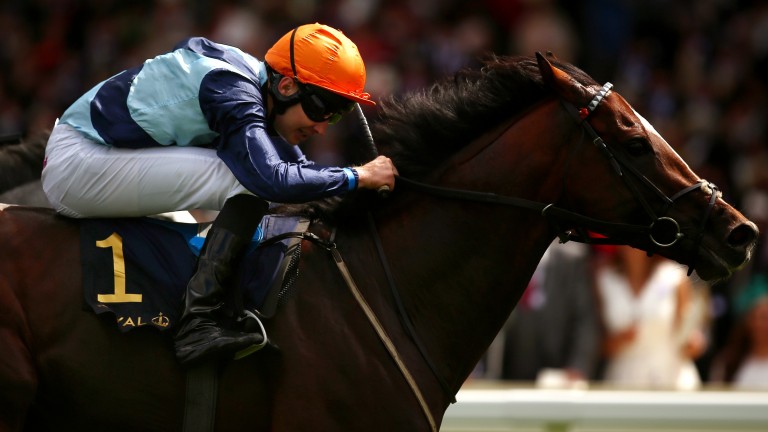 Bishop powers home to victory on Accidental Agent in the Queen Anne
Charlie Crowhurst
1 of 1
By Lee Mottershead UPDATED 7:56AM, JUN 20 2018

He may have been a 33-1 shot but Accidental Agent got Royal Ascot off to a fairytale start by giving the tremendously popular and seriously emotional Eve Johnson Houghton the finest moment of her training career.

In winning the Queen Anne Stakes under breakthrough jockey Charlie Bishop, Accidental Agent provided a link to past Ascot glories for the triumphant family, given Johnson Houghton's father, Fulke, sent out ten royal meeting winners and in 1978 landed the King George VI and Queen Elizabeth Stakes with Ile De Bourbon.

That race then carried the 'Diamond' tag – and diamond would be how many in racing view the winning trainer, whose mother Gaie owns and bred the son of Delegator.

To make the moment even sweeter, the Ascot hero is named after Eve's grandfather, John Goldsmith, a World War II special operations executive who wrote a book titled Accidental Agent about his escape from the Gestapo.

His offspring chose the perfect horse with which to honour him. For one year on from winning a first prize of £112,050 when landing an Ascot handicap in October, Accidental Agent pocketed a £367,197 pot by getting up close home to overhaul Lord Glitters and Lightning Spear. Leading fancies Rhododendron and Benbatl could manage only ninth and tenth.

"I still can't believe it. I haven't slept properly for two nights. I dreamt he would be third. Then I was watching it and I thought, no, he's going to be second, and then . . . . The poor people sitting near me and my mum will definitely have been deafened.

"It's great, unbelievable, ridiculous, something I just cannot believe has happened – and for it to have happened to my mother, who bred him, is wonderful. What a legend she is. I'm so proud of her. She's the little person crying somewhere." 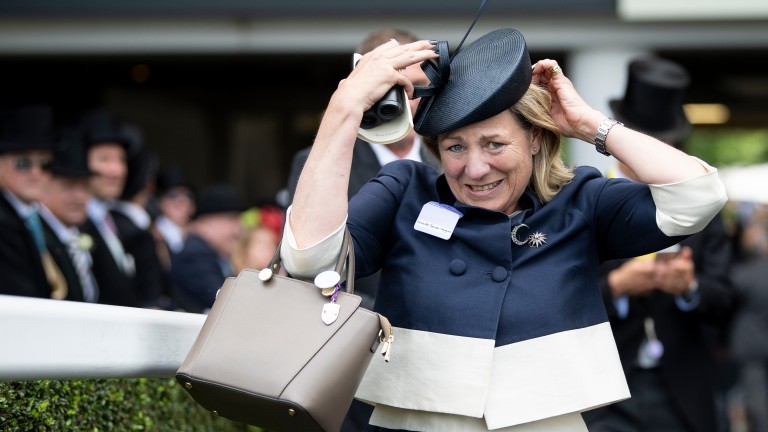 "He will be totally overwhelmed, like me," she said, before describing the human accidental agent as "an incredibly brave man".

The equine accidental agent equalled the record for the longest-priced winner of the Queen Anne. Berrilldon was also 33-1 in 1912, when the race was known by its original name, the Trial Stakes. 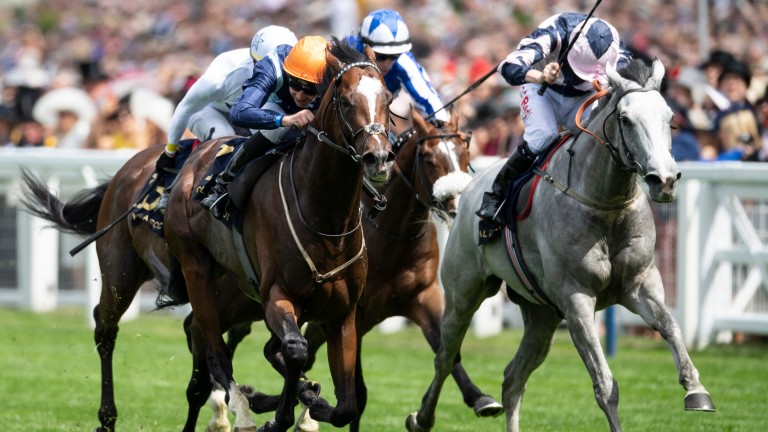 It feels like the connections of Lightning Spear have been trying to win a Group 1 with him for even longer than that.

"He does sometimes seem to flatten up the hill here but I'm very proud of him and he's run very well," said trainer David Simcock, while David O'Meara said of Lord Glitters: "He was the lowest-rated horse in the race and we were thinking about this or the Hunt Cup. He has run a blinder."

The biggest blinder of all was run by Accidental Agent, whose trainer said the horse and Bishop have "grown together". She said plenty more, much of it understandably interspersed with tears.

"You'll probably have to man the lifeboats because there will be an awful lot of tears. Luckily I had a little bit each-way at 50s to pay for the party. Come on!"

Based on the people holding the party, and the number of friends and admirers who were thrilled to see their smiles, that party will be memorable.

FIRST PUBLISHED 2:43PM, JUN 19 2018
I still can't believe it. I haven't slept properly for two nights. I dreamt he would be third

Love brightens the week for Aidan O'Brien but draw-bias punters are wrong-footed What heights can Love conquer now? We assess her comeback victory at Royal Ascot Accidental Agent: the outsider who took on and beat racing elite at Royal Ascot