Abingdon Stakes preview: Cabaletta expected to be suited by give in the ground 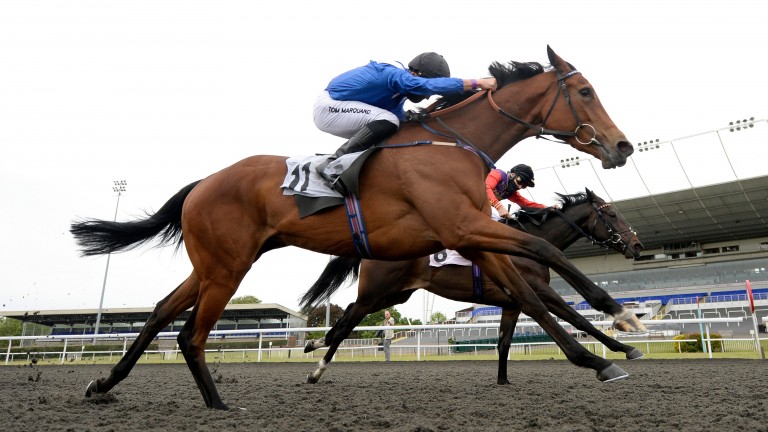 Naturally, given this race tends to attract late-blooming fillies, the best of them does not always win. That happened last year, when the beaten favourite in third was Terebellum. In 2018, subsequent Arc second Sea Of Class could not miss.

Those two renewals have represented a return to form for this race, which between 2012 and 2017 inclusive did not yield a winning performance above 100 on RPRs. Nothing in this year's race has previously run to as high as 90, but the background of these fillies is such that they are bound to improve.

The top five in the betting have run seven times between them. Even so, all bar Franconia – plainly green when second at Chelmsford on debut – are winners. The most eyecatching form belongs to Cabaletta, who is out of Allegretto but had the speed to beat Frankly Darling in a Yarmouth novice over 1m in October.

The surprise package is Shatha, who was sent off at 66-1 on her debut last Wednesday but won that race by a short head and has been fast-tracked up in grade. She is by Muhaarar but shaped like a stayer last week.

So many of these are stoutly bred that a sound pace will be needed to give a satisfactory guide. It is obviously difficult to peg front runners in a field of lightly raced horses, but Royal Nation made all in a handicap at Newcastle on her last run and offers an option. Wonderful Tonight ground out her maiden at Saint-Cloud in November and James Doyle might fancy setting the fractions if the chance arises.
Keith Melrose, betting editor

Champion trainer John Gosden has won this race three times in the past ten years, more than any other trainer

Chris Richardson, managing director of Cheveley Park Stud, owners of Cabaletta
She's a nice filly and she's wintered well. This is a nice race to get her going and we hope she can make up into a good staying filly as the season goes on. Roger Varian has been very pleased with her and she does like some give in the ground.

John Gosden, trainer of Franconia
She's is a nice filly who should appreciate this sort of trip but there are so few opportunities for these fillies before they have to take on their elders that it makes sense to have a crack at a Listed race and get some black type.

David Simcock, trainer of Oriental Mystique
It's a big step up from the all-weather maiden that she won and we're taking a similar route to the one we did with her mother. It's a fact-finding mission and I think she'll appreciate a mile and a half in time.

David Menuisier, trainer of Wonderful Tonight
She's a filly we really like. She was very green when she was third at Doncaster in a good race. She was still a bit green when she won in France but she stayed on well and Olivier Peslier was very pleased. We'll treat her like a good horse and she's in good form, but it's a step up for her.
Reporting by Peter Scargill