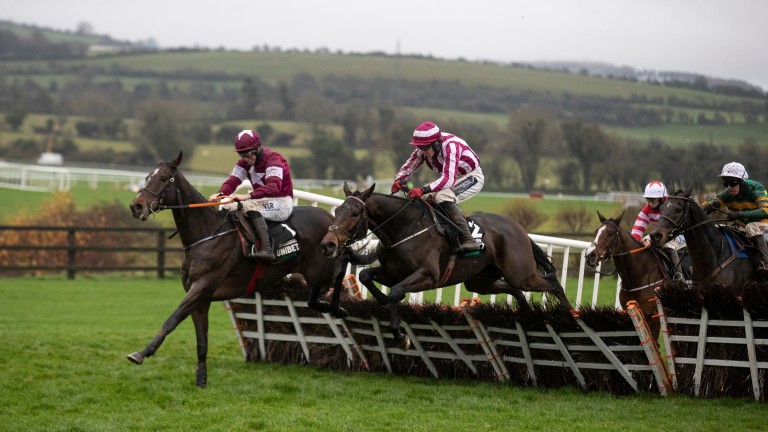 Abacadabras and Jack Kennedy on their way to victory in the Morgiana Hurdle
Patrick McCann (racingpost.com/photos)
1 of 1
By Brian Sheerin UPDATED 4:36PM, NOV 15 2020

For the best part of a decade, Willie Mullins had cast a spell on his Morgiana Hurdle rivals, but it was Gordon Elliott and Jack Kennedy who worked their magic at Punchestown on Sunday with Abacadabras.

It was a race that threw up as many questions as it did answers. It remains one of the quirks in racing that, the fewer the runners, the more tactical the race becomes.

It certainly turned tactical in the Unibet-sponsored Grade 1, and for all of the enchantment surrounding Mullins chasing his tenth straight win in the race and Elliott bidding to breathe life into his Champion Hurdle challenge, the race only really sputtered into life at the final hurdle.

A sedate early pace created a sprint finish from the back of the last and Abacadabras asserted best to hold off the 10-11 favourite Saint Roi by just a neck at the line with a further short head back to Jason The Millitant.

The pressure was on in the maroon corner of the parade ring following a sub-par reappearance at Down Royal, not that Kennedy felt it, and the victory firmly put Abacadbras back into the Champion Hurdle picture, regardless of the style in which it was achieved. 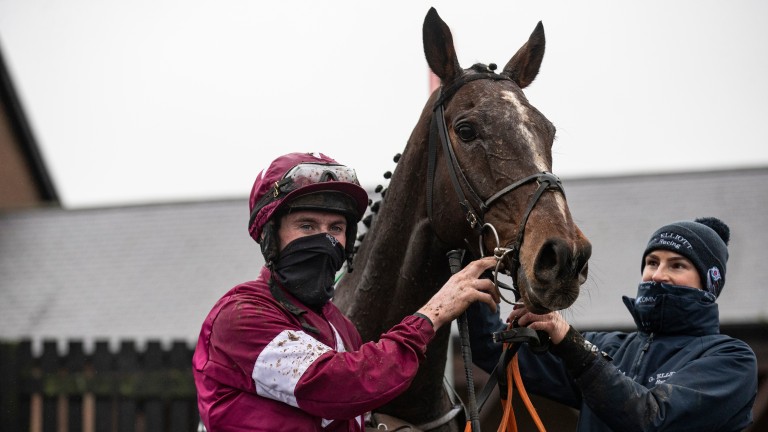 “I was happy enough the whole way,” Kennedy said. “Coming across the bottom he put in a few clumsy jumps again though. But I got there too soon – way too soon.

"When I saw that it was Coeur Sublime who was beside me, I knew my lad had a run under his belt, so I wanted to get him under pressure. It worked out that I was there too soon and he idled in front. He pulled out again though.”

Abacadabras was left unchanged by most firms for the Champion Hurdle at 8-1 and Elliott, who was registering his first win in the race along with Kennedy and long-standing owners Gigginstown House Stud, believes we won’t see the best in his horse until he gets a better pace and better ground.

Speaking from home, the trainer said: “We knew he would come on from Down Royal as he took a blow two out that day. I was happy with that and I’d say better ground and a stronger pace would suit him better. I’d say we’ll go to Leopardstown at Christmas now with him.”

Mullins may have seen his unbeaten streak in the race come to an end, but he took the positives out of the contest with Sant Roi, a horse of whom he later revealed on Racing TV remains his main Champion Hurdle hope for the season.

He said: “There were a lot of positives to be taken out of it. The fact that he got back up to be beaten only a neck and I'd say another couple of strides after the line and he was probably back in front. He did make mistakes, got on the wrong side of things here and there, but the performance was still good I think.”

Asked if Leopardstown would be on Saint Roi's agenda, Mullins confirmed a rematch with Abacadabras could be on the cards.

"You'd imagine that would be the obvious route,” Mullins said. “At this point of time it looks like it [the stable's best Champion Hurdle contender] in the absence of other horses coming out.

"Saint Roi has the gears, he stays and he can jump. He didn't advertise that today – he made a few blunders – but I think that was because he was pulling so hard on this heavy ground. On better ground there will be a faster pace and it will suit better."

FIRST PUBLISHED 2:21PM, NOV 15 2020
It worked out that I was there too soon and he idled in front. He pulled out again though