Talk of the Tracks PUNCHESTOWN 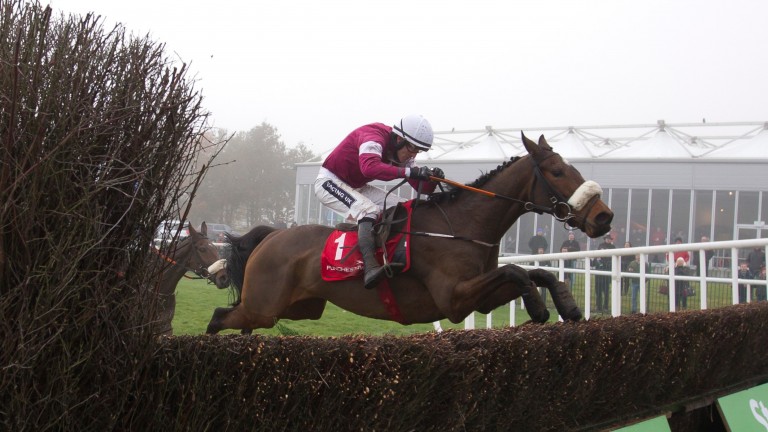 The novice A Toi Phil is an intriguing entry in the Thyestes Chase for Gordon Elliott
Patrick McCann
1 of 1
By Tony O'Hehir 6:33PM, NOV 20 2016

A Toi Phil completed a Grade 2 novice chase double for Gigginstown House Stud, landing the 2m6½f Florida Pearl Chase to follow up Identity Thief's victory in the Craddockstown Chase earlier on the card.

The Gordon Elliott-trained six-year-old made it two from two over fences with a seven-length win under Ruby Walsh and Elliott said: "He did it nicely and I'd imagine the Grade 1 Drinmore Chase at Fairyhouse in two weeks' time will be next for him.

"He was good at Down Royal last time and was better today, so he's going the right way. The ground was probably as soft as he'd want it.

"Ruby said that when a gap appeared between horses before the second last, he quickened through it and went away."

Jetstream Jack, also trained by Elliott, finished second and Disko, in the same ownership as the winner and sent off the 13-8 favourite, was five lengths back in third place.

Gordon Elliott's Samcro was a warm order for the four-year-olds' bumper and the son of Germany justified odds of 4-9 when trouncing his rivals by nine and a half lengths under Jamie Codd.

Successful in his only point-to-point, Samcro is held in the highest regard by his trainer. "He's a good one. We won't be doing a lot with him this season – he might have only one more run around Christmas or early in the new year, but he's some horse to look forward to further down the road, over hurdles and fences," said Elliott.

Like Gordon Elliott, Henry de Bromhead sent out three winners split between Punchestown and Cork and his success here was achieved by Monalee, who made a successful start to the season when landing the 2m6f maiden hurdle by a length and three-quarters under David Mullins. 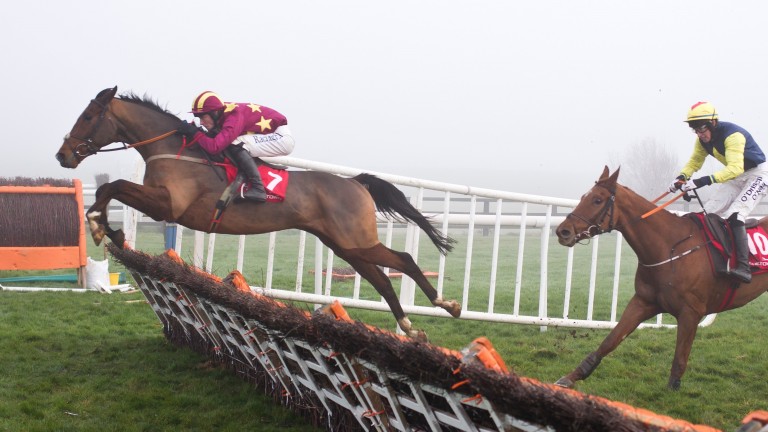 "We bought him for Barry Maloney after he won his point-to-point. We ran him in two bumpers and he finished second in both of them, which was a fair achievement for one of mine. Barry wanted a horse who might be good enough to take to Cheltenham and that was a good start over hurdles for Monalee," said De Bromhead, who also trains four-time chase winner Heron Heights for Maloney.

Dalmatia hard to spot but bares teeth at end

On a day shrouded by fog, Dalmatia appeared to make all in the 2m handicap hurdle. Mark Enright's mount was in front early on and was still there when the horses emerged from the fog, battling her way to a half-length win from Solita. 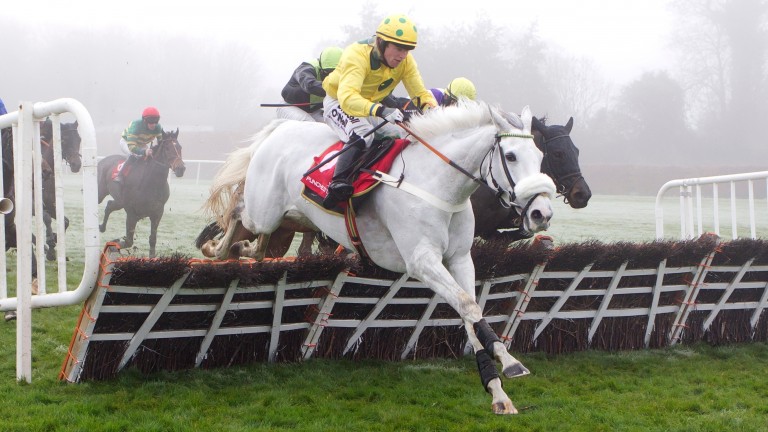 Dalmatia and Mark Enright win the Total Event Rental Handicap Hurdle over 2m
Patrick McCann
Patrick Harty, representing his father, Eddie, trainer of the Mary Sharkey-owned winner, said: "What happened out there was all a bit of a mystery but Dalmatia is very game and loves a battle. She'll stay further and hopefully there'll be more to come from her."

He might have been a supersub for higher-profile stablemates but Nichols Canyon again proved himself a top-notch performer by winning the Morgiana Hurdle for the second consecutive year. His 12-length victory brought the Andrea and Graham Wylie-owned six-year-old's tally of Grade 1 wins to seven.

FIRST PUBLISHED 6:33PM, NOV 20 2016
He was good at Down Royal last time and was better today, so he's going the right way