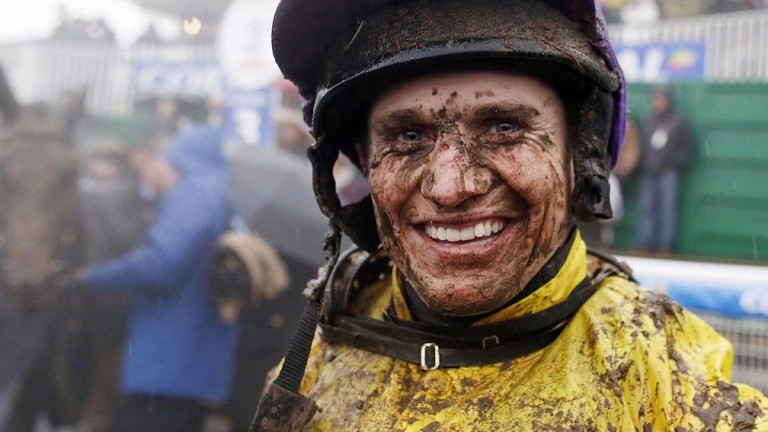 It's the plodders' Gold Cup at Chepstow (2.40) today but the normal routine for the Coral Welsh Grand National may have to be altered.

Once they've negotiated the first couple of fences I like to make a cup a tea and toast a crumpet, add some plum jam then do the washing up and return to watch the last couple of miles.

Last year, which was this year, having been abandoned last December and rescheduled for January, Mountainous put up an outstanding display of plodding, registering a modern slowest time of eight minutes 26 seconds to beat the five other finishers, from a field of 20.

Who, over the age of 55, can forgot the wonderful Borders hero Peaty Sandy (1981), who went on to win the Eider Chase, or that plodder par-excellence and future Grand National winner Earth Summit (1997)? Halcon Genelardais was built to win the Welsh National and did, in 2006, while the inimitable Carvill's Hill, built like a tank and sometimes employing a tank's method of getting from one side of a fence to the other, won at Chepstow in 1991.

Carvill's Hill did more than win, he led all the way and won by 20 lengths, giving runner-up Party Politics 19lb. A few months later Party Politics won the Grand National.

For there have been some high class winners, some going on to win the Cheltenham Gold Cup - Burrough Hill Lad, Cool Ground, Master Oats and Synchronised.

Yet traditionally the Welsh National has been run on heavy ground, soft at best, and this year's predicted good to soft, soft in places is an aberration. Really, they should be watering to produce ground on the heavy side of soft.

Five of two-time Welsh National winner Mountainous's six career successes have come on heavy ground with the other on soft going. So that's him out of it. In fact, in protest at the ridiculously fast conditions, I shall look elsewhere.

Limerick is racing on properly seasonal heavy ground and my eye alights on Ruairis Cloud in the Earl Of Harrington Memorial Maiden Hunters' Chase (2.45). That is because Robert Tyner's seven-year-old, having promised more in point-to-points, was conspicuously disappointing on his hunter chase debut at Wexford last month.

Mr R O Harding, who rode him then and Mr Derek O'Connor, who rode him previously, have either abandoned Ruairis Cloud or been abandoned by him. They have probably failed to recognise talent when they see it, so it is left to Mr P J O'Neill to put things right at what will be long odds.

Since 2001, Mr P J O'Neill has ridden only three winners under Rules. Make that very long odds. Still, it just means that the winnings will be bigger and the celebrations wilder.

FIRST PUBLISHED 9:05AM, DEC 27 2016
Once they've negotiated the first couple of fences I like to make a cup a tea and toast a crumpet, add some plum jam then do the washing up and return to watch the last couple of miles