A match made in horseracing heaven: two romantics hopelessly chasing a dream 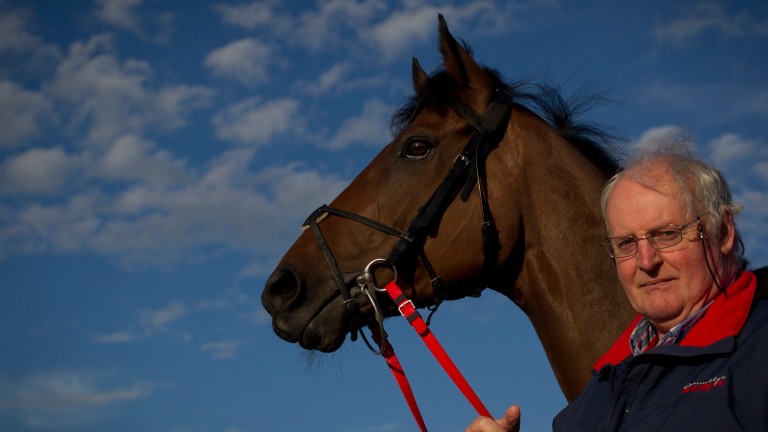 Gordon Lord Byron with trainer Tom Hogan on the Curragh shortly after his return from Australia
Patrick McCann (racingpost.com/photos)
1 of 1
UPDATED 7:24PM, JUN 9 2020

In this shallow world of horseracing where your looks, family and place of residence are what you are judged on, Gordon Lord Byron was a glorious paradox. He was everything you are not supposed to be.

An unattractive specimen, an unwanted yearling, an uninspiring debut (pulled up in a Roscommon maiden) and with an unheralded trainer, Gordon Lord Byron rose from the humblest of origins to take on the world’s best. And, he beat them too. At Rosehill in Sydney; at Longchamp in France; at Haydock in the Sprint Cup. He gave globetrotting a whole new meaning.

There were days when you thought he was finished, loads of them. He finished last in a Listed race at Redcar on his final start of 2016. Next thing you knew he was turning up at Meydan the following January and winning a Group 2 at the Curragh in May at the age of nine.

Gordon Lord Byron never made any sense, not one bit of him. He won three times on heavy ground, including the Prix de la Foret on Arc day at Longchamp, yet trainer Tom Hogan was always adamant he was best on a quicker surface. Work that one out? 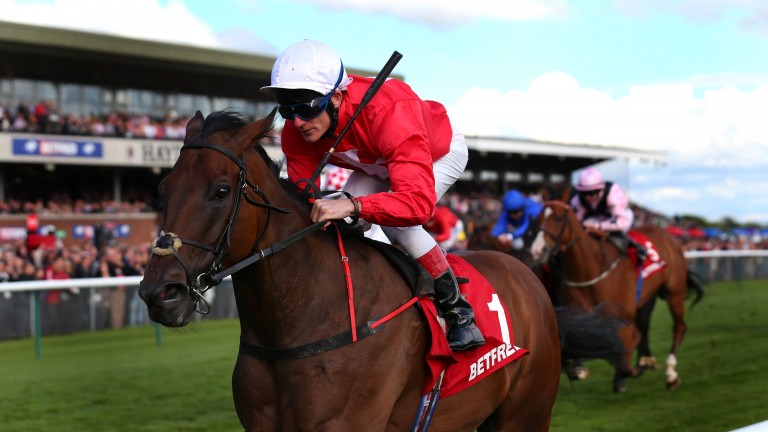 I will miss ringing Hogan for the pre-race quote. When you hung up the phone you could never contemplate defeat for his most prized possession, no matter what the opposition.

Gordon had always just done his best ever piece of work, and ate up, and never looked better, and never been fitter. Whether it was 2012 or 2019.

Even now, after his best buddy has passed away, Hogan did not deviate from the script. "He'd actually been working better than he was last year. He looked superb and was in great form," Hogan told us after the devastating news broke.

They were a match made in horseracing heaven. Two romantics hopelessly chasing a dream, one lost without the other.

My deepest sympathies, Tom. You did the old boy proud.

FIRST PUBLISHED 5:14PM, JUN 9 2020
He was everything you are not supposed to be. He gave globetrotting a whole new meaning

One horse, one trainer, one jockey and one race to watch on Saturday Capacity crowds set to return for Dublin Racing Festival after measures eased Edward O'Grady accuses festival of becoming a 'commercial jamboree' Listen: Clarence House Chase | ITV Racing tips | Racing Postcast Watch: 'It could be the race of the season so far' | Jerry McGrath Albert Bartlett ante-post favourite ruled out after minor setback in training