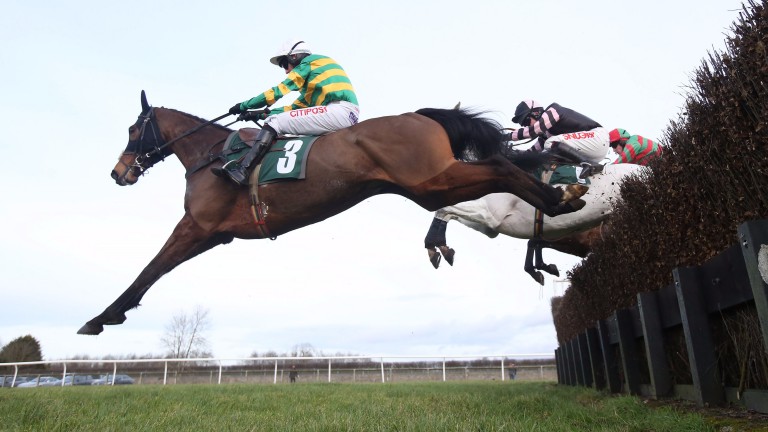 Hat-trick-seeking A Little Magic sets a clear standard in this contest as he bids to follow up wins at Huntingdon and Catterick.

The Jonjo O'Neill-trained six-year-old is rated 9lb clear of his nearest rivals and as such will have to shoulder a 12st 7lb burden if he is to make it three wins on the bounce.

Among those hoping the 'weight stops trains' adage proves true is Paul Nicholls, whose Lou Vert made a pleasing enough debut over fences at Ludlow last time and could come on for the likely better ground.

The dry conditions look certain to favour Mr Medic too, the Robert Walford-trained six-year-old who bolted up at Lingfield on good to firm ground in November and has been given a break since.

Helium has a victory off a mark of 121 on his CV, although that was plenty long ago enough now and whether he is ready to take advantage of his 117 rating remains to be seen, although he is the sole course winner in the field and has form over this distance.

While Helium is a veteran of the chasing game with 22 runs over fences to his name, plenty of his rivals have only a handful of starts over the larger obstacles. Jaboltiski has two and Bise D'Estruval just the one.

Philip Hobbs, trainer of Jaboltiski
He's pretty inexperienced over fences at the moment and had a winter break because he wants better ground. Hopefully he has an each-way chance.

Nigel Twiston-Davies, trainer of Bise D'Estruval
She's been very disappointing so far but we're hoping better ground will help her. Her jumping is not too much of a problem, she's been getting very tired but better ground should help that.

Robert Walford, trainer of Mr Medic
He's a baby and we gave him a few months off in the middle of winter. This is quite a step up for him - he's been running in races against not very good horses but these look quite good, so he will have to step up.

Henry Oliver, trainer of Moscow Me
He won a real bad race off 108, he's 4lb lower and he is what he is. He appreciates going right-handed and is in good order, so we thought we'd get him out again. He should like the better ground.