A legendary giant who left an indelible mark on the sport 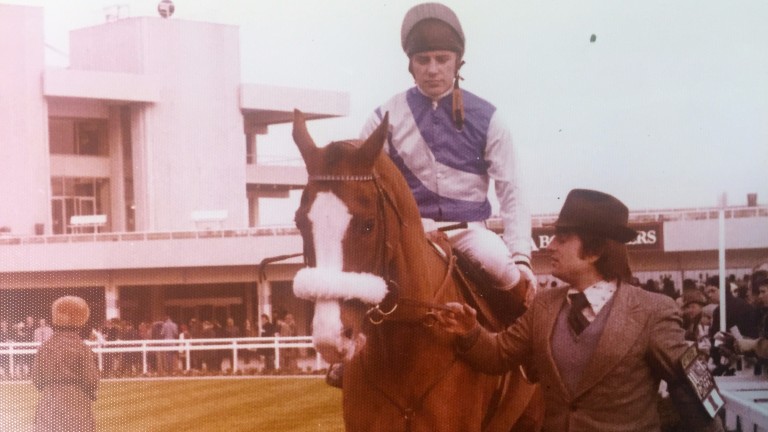 Tingle Creek, forever celebrated by the race that carries his name, was a popular two-mile chaser in the 1970s and ran six times in the race which was to become the Tingle Creek, winning three and coming second three times. Here his former groom Bob Stevens, who went on to work for Sandown for 28 years, shares his memories of the star chaser.

I turned up in October 1976 at Mr Harry Thomson Jones’s stables, in Newmarket to work as a stable lad, having worked as Mr Barry Hills's travelling head lad for six years. On my second day the head lad said to me that from now on I was to ‘do’ Tingle Creek and ride him every day.

The following day stable jockey Steve Smith Eccles told me he’d been working there for five years and never sat on that horse and he couldn’t believe I’d been there one day and was riding him!

Tingle Creek was very famous at the time and from the first time I went in his box he was very easy to look after. He was very tall so I had to work out a way to ride him as he had a reputation of being headstrong. Luckily I had ridden out similar horses before at Major Peter Cazelet's stables.

Tingle Creek was a real character, and I have a funny story about him. I was living in Hurworth Cottage in the Thomson Jones yard with my wife Pam. At 1.30pm I was still on Tingle Creek's back and went past the cottage, so I rang the front doorbell. Pam came to the door, Tingle (all 17 hands of him!) was peering in to the house, virtually walking in through the front door and taking it all in. Unbelievable, it was typical Tingle, unfazed in any situation.

On the gallops he wouldn’t pull, but as soon as he got on a racecourse it was futile to try to stop him. What won him many of his races was gaining two lengths at every jump. He ran in nearly 50 chases and didn't make one jumping error.

Once I rode him in a gallop on Racecourse Side in Newmarket with Lester Piggott. Lester was on a three-year-old filly who won the previous season’s Lowther Stakes at York. Tingle gave her three stone and beat her 30 lengths in a mile gallop. He was a two-mile phenomenon.