A guide to finding winners on an action-packed Good Friday 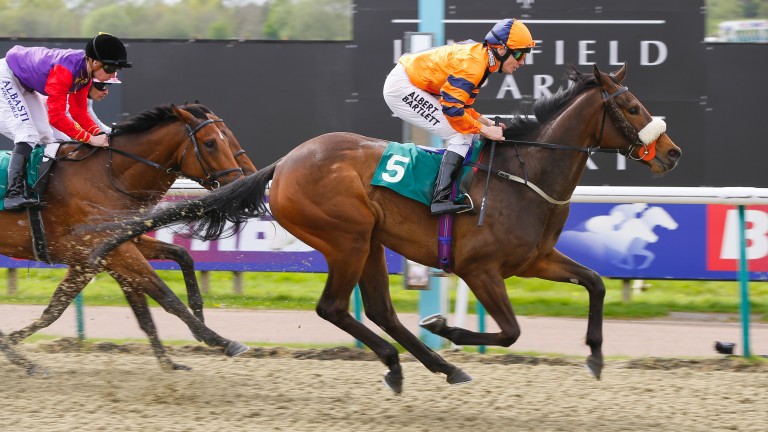 The Grand National has been and gone, but before the turf Flat season is to return in all its glory, attention is turned to the Polytrack, and Lingfield's £1million All-Weather Championships Finals Day. It's hard to believe we've only been racing on Good Friday since 2014, as the series finale has proved a resounding success.

In the Marathon (2.10), previous winners Litigant (2014) and Moonrise Landing (2016) came into this race as winners over two miles, and winners of their last race. They both went on to establish themselves as high-class performers, climbing to marks of 112 and 105 respectively.

Improving, potentially well-handicapped horses who are proven at the track and trip are a good place to start and it may be wise to look towards the head of the market, as two of the last three winners have been sent off as favourite.

Plenty have form over two miles, including favourite Natural Scenery. He showed excellent form when beating London Prize over 2m½f at Newcastle last time, but couldn't win either of his two starts at Lingfield.

On the other hand, the unexposed Petite Jack looks one to keep on side as every one of his five lifetime wins have come at the track and the step up in trip looks as if it will suit.

The last three renewals of the Fillies' and Mares' (2.40) have all been won by four-year-olds. The class of the race seems to be on the up as year-on-year the winner has posted a significantly higher rating than the last – Living The Life won off 78 in 2014, French raider Fresles off 97 a year later and last year's winner Volunteer Point scored off a mark of 102.

Interestingly, not a single favourite has won this race, so it may be best to avoid the market leader Muffri'Ha. Kevin Ryan's Ashadihan is the only filly to fit these trends and won impressively over course and distance last season.

The Winter Derby Trial and the Winter Derby have proved prolific trials for the Easter Classic (4.40), with last year's winner Grendisar taking both before victory on final's day.

The last three winners have all been favourites, so it may be smart to begin with Convey, as he won the Winter Derby on his last start and looks sure to be sent off favourite.

Absolute Blast finished third behind Convey in the Winter Derby but showed improved form to claim the Listed Magnolia Stakes last time and could progress again.

Battalion was behind Decorated Knight and Arab Spring in the Winter Derby Trial but can be forgiven his Winter Derby effort as he stood still when the gates opened. He won the Listed Quebec Stakes before that – beating previous Easter Classic winner Grendisar. 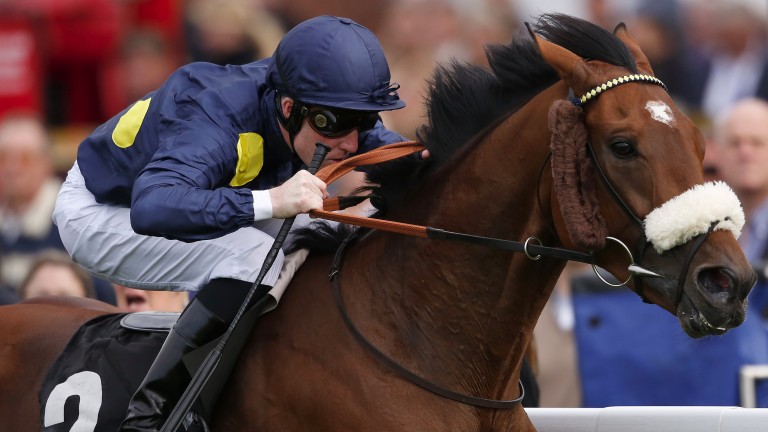 Battalion: can be forgiven his run in the Winter Derby
Alan Crowhurst

Elsewhere on Good Friday, there could be classic clues at Newcastle in the mile conditions stakes (3.55), where Solario winner South Seas tackles Acomb scorer Syphax.

It looks a fascinating clash considering the pair are inseparable on official ratings and both entered in the Qipco 2,000 Guineas. Earlier this week Andrew Balding suggested a Guineas of some description was very much on the agenda for South Seas, while Kevin Ryan stated he saw Syphax as more of a Dante/Derby type, which could make all the difference here.

Bath also hold an intriguing conditions race (4.00), but this time it is the turn of the sprinters, as dual Group 2 performer Muthmir tries to make his class edge count when taking on six rivals in a bid for a first win since July 2015.